Podcasters have been liberated in so many ways from the strictures of traditional media, such as programming schedules, standards and practices and overbearing network executives. Unfortunately, that’s also liberated them from traditional revenue models. The podcasting sector is still sorting out the whole profit thing, but several novel initiatives have made podcasting start to pay.

Howl is taking the direct route, by requiring its listeners to pay for an app with the complete archives of shows in demand and original content. “We’re modeling ourselves on Netflix,” Daniel Osit, Howl’s general manager, told the Observer. Listeners pay $4.99 per month for an app that has the complete archives of some of the world’s most popular podcasts, such as WTF  with Marc Maron and Yo, Is This Racist? Revenue is divided up between Howl and the shows, based on their percentage of total listens. Mr. Osit declined to detail the revenue share or to say how many users had signed up so far. Though the app only went live in August, it has already commissioned 23 original mini-series that can only be heard on Howl. Two of the most popular so far is a Hardcore History parody called Hardcore Game of Thrones (yes, about Harry Potter) and The Complete Woman.

It is ironic that Howl strips the ads out of all the shows on the app, since the company was created by Midroll, one of the biggest advertisement placing services in podcasting. However, one of their original series, about a gay football player, to launch around the time of the Superbowl, has been financed with a product placement on the show, Mr. Osit said.

“We’re trying to create more of a community around the listening experience and I don’t think any other podcast app is trying to do that,” Mr. Osit said.

hopes to get a double win, by helping podcasters grow audiences and create revenue. Smab is marrying podcast hosting with automatic transcription software. This allows the podcast to become associated with a large and rich array of keywords, which will help search engines to direct people looking for information online to the shows. Someone looking for, for example, personal stories of scientists talking about what convinced them to go into research, might have a hard time finding the many podcasts that explore topics like that, but not if a podcaster uses Smab.

The company hopes that search brings more listeners in, and its podcasts will seek monetize with banner ads that show on listeners’ digital player of choice.

Meanwhile, Swedish startup Acast is betting that ads added to the actual audio of the podcast will prove profitable. Of course, people have been placing ads since recordings started going onto iPods, but Acast is more flexible. It can put different ads on different digital copies of a podcast. Listeners will get ads based on what the servers know about them (the easiest example: based on the location of their IP address). It’s a model that has convinced Buzzfeed and the Financial Times to start hosting all their shows on the service.

One big feature all these models have in common: the assumption that people will largely stream podcasts in future (rather than downloading them). That’s what listeners do in Europe, according to Acast, but American broadband infrastructure has been progressing slowly enough to discourage streaming, much to technologists’ frustration. Perhaps if it grows, podcasting fandom can make the powers that be hear what audiences need to improve their listening. 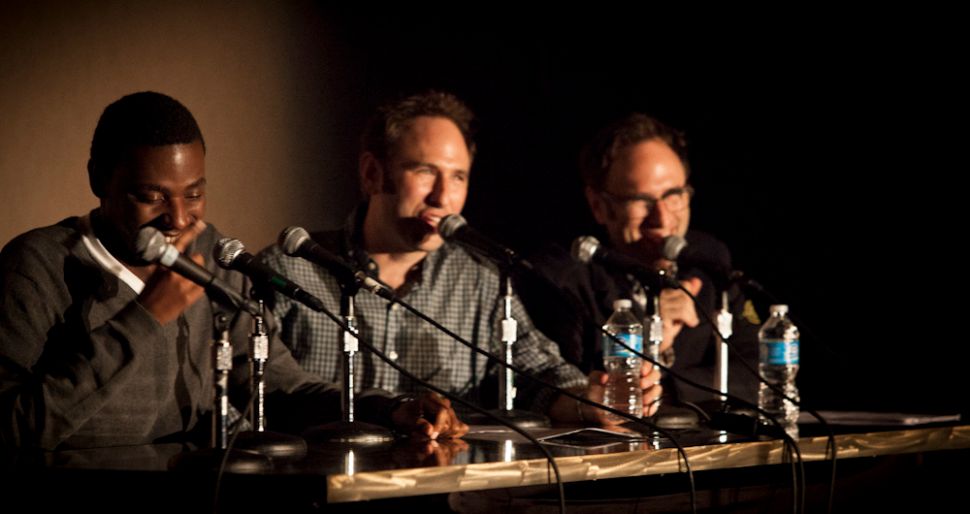