One day I was a kid hanging out on my Bronx stoop, a block south of Fordham Road and two blocks east of the Grand Concourse, watching the boys play stickball in the street. The next, I was an adult attending business functions at ‘21’ and going to galas at The Metropolitan Museum of Art.

Many outer borough folks strive to make good in Manhattan, but we’re often overshadowed by the “stranger in a strange land” stories, like that of Madonna, who showed up with $300 and a dream. Apparently there’s something more romantic about uprooting yourself from Michigan or Iowa and beyond than a “journey” via subway, ferry, bus or railroad that can be measured in minutes. (45 minutes door-to-door is usually considered “good time.”)

In Here Is New York, E.B. White wrote: “Commuters give the city its tidal restlessness; natives give it solidity and continuity; but the settlers [the person who was born somewhere else and came to New York in quest of something] give it passion.”

Really? That’s all I, and those like me, have to offer: solidity and continuity? You can’t be born here and have a quest or passion to see it through to fruition?

‘Da Bronx?’ Yes, he mispronounced the article, reminding me that people like to perpetuate the cliché that we’re all ‘dese, dems and dose’ imbeciles.

We’re finally getting our due with Showtime’s new series “Billions,“ starring Damian Lewis as Yonkers-born, Hofstra-educated titan Bobby ‘Axe’ Axelrod. He and his Inwood-raised wife, Lara (Malin Akerman), have moved up in the world and left their former lower middle class selves behind, without forgetting where they came from—a la Bobby saving his old neighborhood pizzeria from going under, and lunching on White Castle.

I never related to a character more (not even Melanie Griffith in “Working Girl”) than when Lara says: “When I moved up here, this world, I saw how everyone looked at me.”

Yes, there’s a downside to being a born and bred outer borough New Yorker. Someone once asked me what part of the (are you ready?) Midwest I hailed from. When I informed him of my upbringing he said snarkily, “Da Bronx?” Yes, he mispronounced the article reminding me that people like to perpetuate the cliché that we’re all “dese, dems and dose” imbeciles.

Then Lara added, “So I got my act together, and I’m comfortable in this life. But certain things you learn in Inwood; they never leave you.”

Not only that, but they can give you the edge.

Say What You Have To Say

“You sending me a message?” Bobby says to his nemesis U.S. Attorney “Chuck Rhoades” (Paul Giamatti), “‘cause I’m right here.” On more than one occasion people have said sarcastically to me, “No, really, don’t sugarcoat it…” For the life of me, I don’t understand why anyone does. Wrapping things up in a pretty bow of euphemisms only leads to misinterpretation and false hope. And in the end, the person you’re trying to let down easy, feels you weren’t straight with them.

Forgive (Or At Least Move On), But Never Forget

“You don’t actually remember,” says Bobby, right before he settles a childhood score in episode 2. Of course, those on the receiving end accuse him of holding on to “ancient B.S.,” which can be answered with…

Don’t Dish It Out If You Can’t Take It

Bobby lost his partners in 9/11 and even though he’s putting all their kids through college, one of their wives resents that he not only survived, but also thrived ever since. Showing a lot of bravado, she takes her beef with him public, leading Lara to have to set her straight. The wife gets a perplexed look on her face, like, You mean you’re going to get back at me for what I did? I’ve seen this look many times on people who think that they’ll dump their load on you, and well, that’s that. They must have grown up in fantasyland. I grew up in reality, where chances are you might get worse than you gave.

But make no mistake, there’s also the proverbial double standard when it comes to standing up for oneself. If someone from a place where the corn grows as high as an elephant’s eye does it, the praise goes like this: “She’s really toughened up, since she’s been here. She’s real New York now.” If I do, I’m a “typical rude New Yorker.”

As a news reporter in the first episode remarks, Bobby’s humble beginnings were, “a place where you could really get your ass kicked.”  And once that’s happened, mentally as well as physically, you can pretty much handle anything.

Lorraine Duffy Merkl is the author of the novels Fat Chick and Back To Work She Goes. 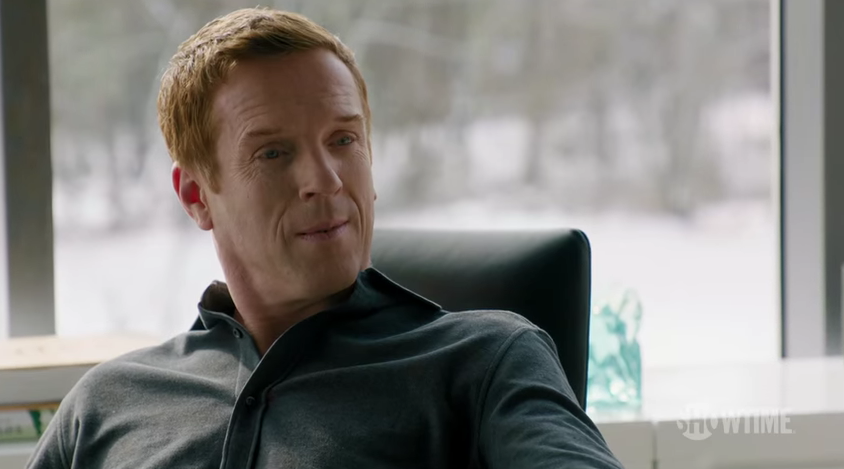