If while transferring from the L train in Union Square you suddenly realize you forgot to pick up a last minute gift, you’re in luck. The New Stand, which opened in the Union Square subway station, is an underground retailer and app that is redefining the outdated newsstand.

Inside the sleek 144 square feet, commuters can find everything from a bottle, a Pandle, Tate’s Cookies or Emoji playing cards. The New Stand is also located at Brookfield Place, with plans to expand to the Rockefeller Center subway station in the coming months. CEO Andrew Deitchman (founder of ad agency Mother New York) sat down with the Observer to discuss his newest venture.

How would you describe The New Stand? We talk about ourselves as a day improvement company. To me, in many ways that’s kind of what newsstands were back in the day. What would a newsstand be in a modern era? It would probably be something that is still really convenient, and part of that to us is having technology that lets people pay really easily. Of course we sell printed content, but its also about digital content. That’s why in our app we have a lot of great stories and things like that that were aggregated for you. We also think that business spaces are living media onto themselves too, so the idea that I can walk into a place and discover something in the same way I might walk into a magazine – to actually experience that products.

Why did you decide to play off the term newsstand?  It felt like a really simple way of summing up what we’re about. We are a reinvention of the new stand but it allows us to really highlight the newness part of things. Both in terms of the stand, but also just the products and everything themselves.

How did you come up with the idea to also create an app? At the end of the day we’re building different companies that are all together. We’re a retailer. We are selling things to people every single day. We’re also building a media company. Here’s an idea, why don’t we start with a really tiny store that has a couple hundred thousand people a day going past it, and we start to engage them and build things off of that. The whole purpose of the app is to help people shop more easily, but also to give them really cool stuff to check out and read and be in there on an ongoing basis. Its part of us behaving and being a media company.

You’re thinking about expanding to inside office spaces. Is that the next step? We’d love the idea of again, just being in service of people who as part of their everyday routine. We will have carts that we will take up and down the floors at different times of day and be delivering products and just seeing what people need at that moment. Over time, we see ourselves building into the app the ability for an office tenant to text us and say “hey, do you mind bringing this up?”  We think that a really great way for the business to evolve is to be in service of a building where there might be 2,000 people coming in everyday to work. What can we do to help them? 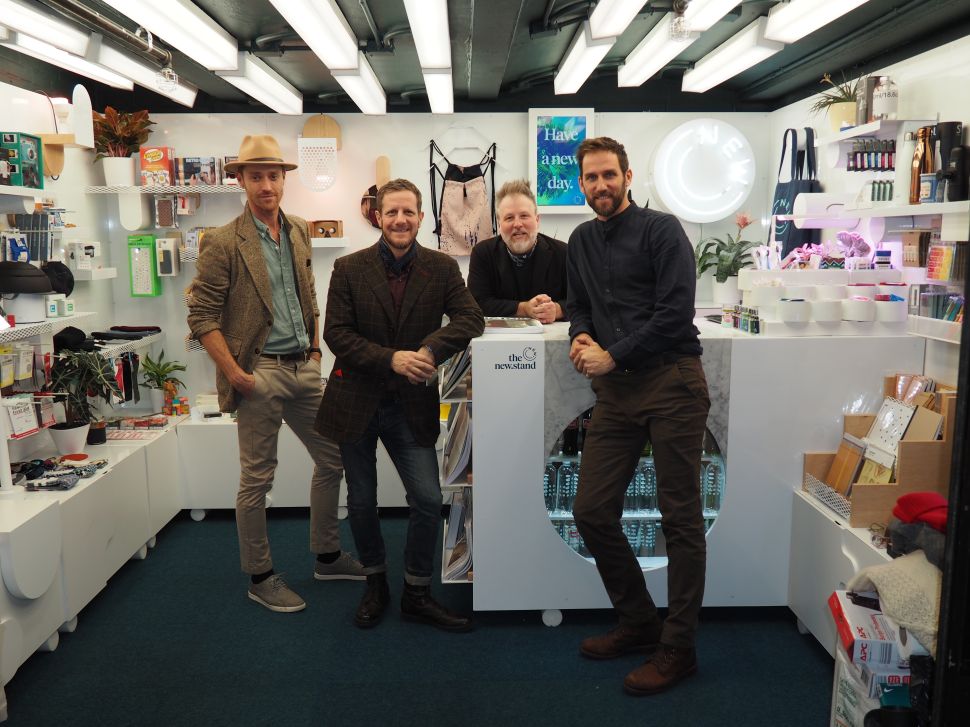