These are strange days for classic heavy metal.

Many godfathers of the movement are in their 60s, some close to 70 years old, including members of Judas Priest and Black Sabbath. Several hard rock and metal luminaries—Ronnie James Dio, A.J. Pero (Twisted Sister), Jeff Hanneman (Slayer), Lemmy and Phil “Philthy Animal” Taylor (Mötorhead)—have passed away recently. Concert sales for some acts are still strong, others are waning. OzzFest is long gone, and the final nail in the coffin for the annual Mayhem Fest likely landed this past summer. Music sales overall have declined, and over the past decade the Billboard charts, radio airplay and music award broadcasts have been dominated by anemic pop music and hipster rock.

‘People listen to music differently now. They don’t have time to sit down and put the record on and give it 30 minutes…who will be the next giant metal band, I don’t know.’—Rob Halford

Considering that many of the genre’s godfathers, who still inspire younger bands and dominate European festivals, will likely retire in a few years, where do things will go from here? Will we see heavy bands on the superstar level of Metallica and Iron Maiden ever again? Will that classic sound become a nostalgic relic relegated to oldies bins? Or will it mutate into something else?

Upheaval is nothing new in metal.

Metal thrives on a mix of chaos and the mainstream’s disdain. “Every genre has a cycle. Metal and hard rock has gone through various phases, and I think we’re going to experience those phases again,” Zoltán Báthory, guitarist for Five Finger Death Punch, told the Observer. “In the ’80s, hard rock and heavy metal was in the spotlight and was probably the most important genre at the time. It was a voice of rebellion, the voice of a new young generation going up against the establishment. It became a passionate movement that eventually had so many followers that it became its own micro economy. All of a sudden some young, longhaired, tattooed guys could become extremely popular and sell millions of records.”

‘In the scope of things, we’re one of the biggest extreme metal bands, but we’re finding it increasingly harder to get out there and make a living. You notice the difference…it’s not the same as it was.’—Dani Filth

Once metal became mainstream in the ’80s, and the glam bands co-opted its imagery for poppier sounds, the genre started losing its edge. And while thrash metal railed against Cold War fears, those became moot by the early ’90s, a time when Nirvana and grunge drove the genre back into the American underground, and rap overtook metal’s firm embrace on rebellion, which prompted the maligned, hybridized nü metal movement of the late ’90s and early ’00s. Since then, metal has had modest black, folk and symphonic metal upswells, the rise of metalcore (which has polarized many fans), and classic bands returning to reclaim their legacies. In recent years, however, despite many newer chart-topping acts, the spotlight has dimmed.

Guitar icon Slash told Radio Nova in Sweden this summer that he felt “even heavy metal bands are trying to be Top 40. So it’s not a big turn-on, like it was for me in the ’60s and ’70s and ’80s where it was exciting and there was a sense of rebellion and whatever. So I just do what I do, which is completely against the grain of what the industry is all about. But, as a whole, it’ll get better eventually. It always has its ups and downs.”

But for every heavy band aiming for chart success, there are far more thundering away in the shadows making less commercial music.

“Today rock is so deep underground that it’s becoming credible again,” Báthory said. “The critical mass is there. The economic and political environment provides you with plenty of reasons to be angry again.” He cites constitutional violations, media manipulation, the “tyranny of political correctness,” and Internet trollers among them. “In the meantime, we are looking at a self-induced apocalypse, maybe World War 3, maybe the total collapse of the planet’s ecology. So it may be time again for somebody to say fuck all this, and heavy metal might be just the genre to give you those new voices of rebellion.” (With that in mind, the time is right for the return of System Of A Down, a band with edgy political commentary and insurgent riffs to match.)

READ ALSO: This Tween Punk Band Is Better Than Anything You Saw at the Grammys

The genre is probably the richest it has been in terms of subgenres, and various mid-level bands like Periphery, Baroness, and Ghost, plus the highly technical bands in the burgeoning djent subgenre, have drawn critical acclaim and racked up decent sales. But many of the gold and platinum American giants today—Godsmack, Disturbed (who scored their fifth No. 1 album this year), Avenged Sevenfold, Lamb Of God, and on the pop periphery, Linkin Park—have settled into sedentary formulas; no one here is pushing boundaries. Not that there’s anything wrong with that, but it’s a mindset divorced from serious innovation, partially a result of an increasingly corporatized music industry.

While there’s always dynamic new talent coming out on an indie level, there aren’t many musical heroes (particularly of the guitar variety) on a mass scale anymore. (Groups like Dream Theater are anomalies.)

Báthory admits that devoting too much of an album to experimentation might ruffle the feathers of devoted fans with set expectations. However, the more offbeat numbers on their recent double-album The Wrong Side Of Heaven and the Righteous Side Of Hell were well received, so “we are planning something that could be considered a drastic change,” he said. “For any band, there’s a moment in your career when you can and there is a moment when you cannot [take chances]. You can’t make a drastic change on your second record. But this is going to be album No. 7 for us, which will allow us to do something unexpected.”

Richie Faulkner, guitarist for Judas Priest, stresses that the first generation of metal bands possessed originality, something more younger groups could aspire to.

“I think there a lot of bands out there that look back and are trying to recreate what’s come before,” he said. “All the pioneers, all the trendsetters, if you want to call them that, broke new ground. If you’re doing something different and pushing the boundaries, whatever musical style you’re playing in, whatever band or genre, it’s going to have that dynamic. It has to, otherwise it keeps going around in a circle and ultimately it stops. But I think music is always evolving and organically grows, and it creates offshoots. There could be stuff going on underground that we don’t even know about that is creating a place for a new type of metal. Someone has got to do something new, and the fans and the audience have got to be ready for that change. And I think it will happen again.”

A key factor for the survival of younger metal bands is simple: cash. Record label advances, budgets and tour support have dropped. Major labels want a larger cut of the action, and streaming services are still not a huge boon to indie artists. The game has changed and made it harder for the Next Big Thing to emerge.

“Now after so many 360 deals, how is a band like that going to headline Madison Square Garden?” Rob Halford, frontman for Judas Priest, told the Observer. “How’s a band like that going to fill Wembley Stadium? I don’t know. People listen to music differently now. They don’t have time to sit down and put the record on and give it 30 minutes or whatever. It’s three minutes here, three minutes there, and go text and check Instagram like I do. Listen, I hope I’m not coming off as a boring old fart. I’m basing what I’m saying now on fact. It’s just the way it is. What I’m saying is your question about who will be the next giant metal band, I don’t know.”

Even large bands in other subgenres are finding it a challenge to push forward.

“We’re not in the upper echelon, but in the scope of things we’re one of the biggest extreme metal bands,” Dani Filth, frontman for Cradle Of Filth, told the Observer. “But we’re finding it increasingly harder to get out there and make a living. You notice the difference. These days it’s not the same as it was. I think the last big year that everyone’s talked about was 2008, the last big year that people across the metal scene said that they bought a sports car or went out and did big shows. Maybe it’s going to come around in cycles as it has done in the past. Maybe in 10 years time it will start getting bigger again. People are looking for answers. There are still the fans.”

‘If touring is where the money is at, then we need to expand into Russia, China, and Eastern Europe, which are starting to embrace metal.’

“You’ve got to put 10 years into it before it sticks,” stressed Halford. “I don’t care who you are in metal. You’ve got to be able to go through all of that time frame to gain an attraction, and then [even] after that you’re not really sure how it’s going to maintain and sustain itself. As with anything, it’s a case of wait and-see.”

It’s the bands with the strongest hunger that tend to make their mark, and these days one has to have a more than healthy appetite for the grind of touring to break through. But an interesting twist has been developing in the expansion and evolution of the metal. While perhaps the West, at least for the time being, has chilled a bit on the world of heavy rock, the East has been opening up.

“If touring is where the money is at, then we need to expand into Russia, China, and Eastern Europe, which are starting to embrace metal,” said Filth. “Some of our biggest recent shows weren’t in Germany or France or Scandinavia, they were in Hungary, Bulgaria, Romania and Poland. Places before that were a little bit starved for bands. But if [those markets] open up, then bands can have an album every four years [rather than two] because the normal album/touring cycle could be extended. Now we can do a full Russian tour, Asia, China, Jakarta, Singapore and an Eastern Bloc tour. That may be the one thing that the bands need.”

There’s a certain irony of metal bands appealing to the disenfranchised youth of countries that are America’s political opposites. But then perhaps the voice of rebellion is needed where it is called for; it sounds like America desperately needs it once again. 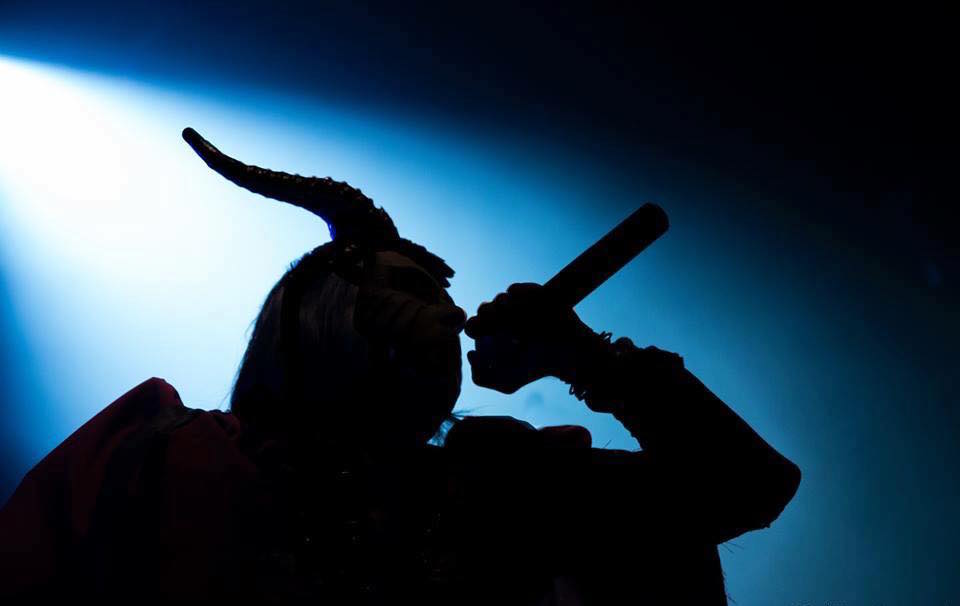