To drum up a bit of excitement for President Obama’s final State of the Union address, which took place last night, CNN released a satirical video. It outlines the historical reasons for the yearly address, the usual ebbs and flows of clapping and scoffing that occur during the speech, and also includes appearances by House Speaker Paul Ryan, Vice Preisdent Joe Biden as “Uncle Joe,” and South Carolina Governor Nikki R. Haley who delivered the Republican response. It is, to some extent, educational, but best of all, the entire production was inspired by quirky director Wes Anderson.

“Capitol Hill always reminded me of a Wes Anderson film set,” CNN Politics Senior Digital Correspondent Chris Moody, who stars in the film, told me last night as President Obama gave his final address to the American people. “The adorned hallways, the symmetry of the building, and all the characters who breathe life into that place. The State of the Union has so much history and tradition attached that reminded me of his movies as well—The Speaker of the House still sends a formal letter to the White House inviting him. The Sergeant at Arms enthusiastically shouts across the room, announcing to the chamber that the president has arrived—all that. We’re always looking for new ways to tell stories, and we thought it would be a creative challenge to report on something that otherwise happens every year and—for the most part—is covered the same way every time.”

The idea did not come easy. “CNN Producer Alex Rosen and I have been kicking around the idea of filming a piece about Capitol Hill in Wes Anderson’s style for about a year, but we just couldn’t find the right story to tell,” he said. “The CNN headline, ‘Budget Committee Markup Told in the Style of The Fantastic Mr. Fox’ just didn’t feel right. So we shelved the idea with hopes to revisit it when the opportunity was there. I was watching The Grand Budapest Hotel with my family over Christmas, and it struck me that the State of the Union might be perfect, if we could pull it off. With all the pomp and tradition associated with the event, it seemed like it would fit.”

Along with Mr. Rosen, who also shot the piece, the two gents embarked on a day-long shoot throughout Washington, D.C., attempting to capture Wes Anderson’s signature yet enigmatic film style. “Filming in and around any federal building has its restrictions, even when you’re credentialed as media to be there,” Mr. Moody said. “There are only certain designated spots you can bring a camera, so many of the best locations within the Capitol building—which would be perfect in any Wes Anderson movie—were off limits. For example, we wanted to film one of the dollhouse-like models of the Capitol Building that are in the capitol complex, but were told it would require layers of written permission from several agencies and offices, so we just scrapped it and made due with what we could. My favorite part of the video is when Bobby Jindal walks toward the camera in slow-motion like Margot Tenenbaum stepping off the bus in Royal Tenenbaums. I couldn’t believe how perfectly the scenes matched together.

The video, which has already racked up almost 190,000 views at post time and earned compliments from “politicos, film buffs and people who say they never follow political news otherwise,” might seem like a departure for the hard news outlet, but Mr. Moody disagrees. “People have more options now for how they consume media, so whether it’s cable TV, a written piece on the web or Snapchat, we are always looking for ways to maximize our use of the medium. The leadership at CNN Digital totally gets that, and encourages us to try new stuff. So, CNN isn’t making a departure from what the brand is known for—unmatched breaking news, global coverage, political stories and national features—but now that we have more tools at our disposal to tell stories, we’re using them,” he said. “In the balance between keeping the traditional coverage and trying some new things, we can walk and chew gum at the same time.”

See the entire “The State of the Union Address as a Wes Anderson film” here, and check out more of Mr. Moody’s “off the wall ideas” here. 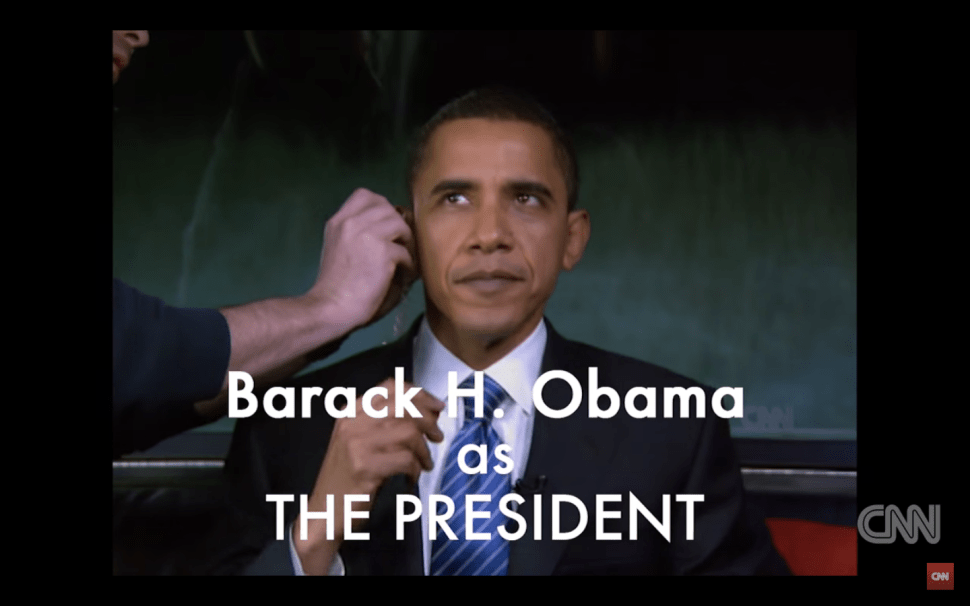