The above photo has made the social media rounds. It’s spread all over Twitter and Pinterest, usually as a parody.

Tumblr users, on the other hand, aren’t using this Photoshopped image to mock and condemn selfie culture. Rather, they’re comparing what a piece of fine art that depicts a women means to what a photo a women takes of herself means. Some of this insight has been screengrabbed and uploaded to Facebook, where it’s been shared thousands of times.

The thing about this is that sculptures like these in art history were for the male gaze. Photoshop a phone to it and suddenly she’s seen as vain and conceited. That’s why I’m 100% for selfie culture because apparently men can gawk at women but when we realize how beautiful we are we’re suddenly full of ourselves.

Following is a quote by art critic, novelist, painter and poet John Berger, who essentially made this argument years before the selfie in his essay on art criticism, Ways of Seeing, which won the literary Booker Prize award in 1972.

Not even considering the fact that 15 areas in India were just officially declared “no selfie zones” for safety reasons, it’s no secret there’s been a war on selfies, basically since they were popularized. Nearly every day, there’s a new think piece examining what they’ve done to our culture and our children. Along with the obsession surrounding number of “likes,” selfies are probably the main piece of evidence used to deem the upcoming generation self-involved and narcissistic. It’s even been nicknamed “the selfie generation.” Selfies, along with people who take them, are constantly mocked in the media. Even the Observer is guilty (selfie stick jokes in particular, were our specialty for a while).

There’s not much harm in just joking about selfies, but the Tumblr commenters make a good point: should we call people who take them (especially women) vain? Women everywhere are taking a stand regarding shaming of all sorts. Multiple slut shaming videos went viral in 2015, and more recently, a women went viral after she stood up to body hair shaming.  Selfies are here to stay, and we certainly don’t need another thing to shame each other for. 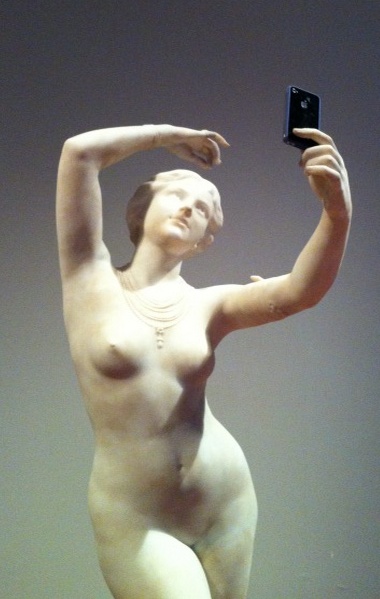