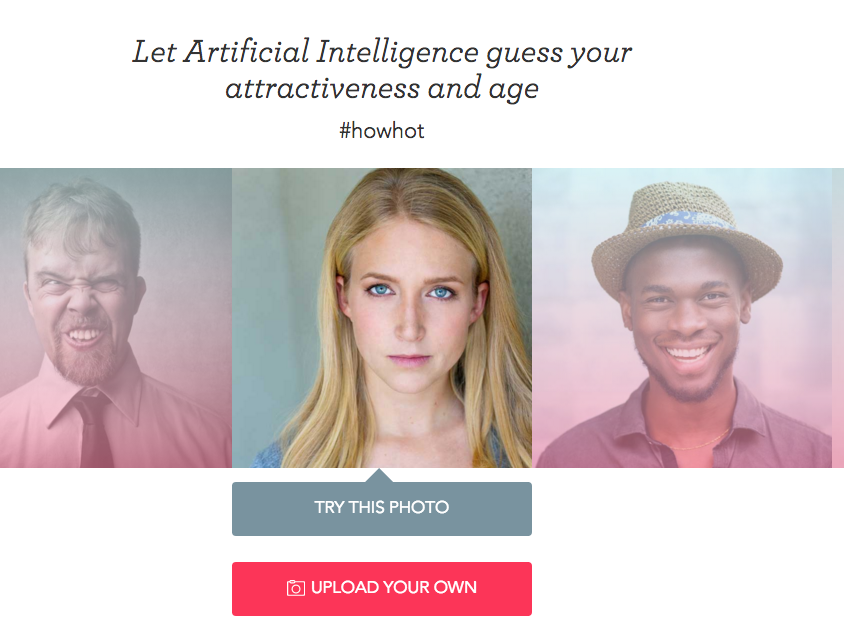 “Hot or not” has gotten smarter.

A new website is using artificial intelligence to tell you how hot you are. Simply upload your photo, and the program will guess your age and rate your attractiveness as one of the following: hmm…O.K., nice, hot, stunning or godlike. The website is the creation of a partnership between The Computer Vision Laboratory, a Zurich-based company that works with image-based data sets, and the team behind the dating app BLINQ. Try your photo here.

It’s clearly just for fun, and although the companies do link to the research used for this program, they’ve posted a disclaimer on the site saying not to take it too seriously. They add that attractiveness is subjective and say the program was trained mainly using pictures of the BLINQ users, who are mostly Swiss.

Aside from this, it’s clear the algorithm rates mostly on the photo itself rather than the individual pictured in it. For example, I uploaded three photos of myself and saw three different ratings.

Despite this, everyone is still rushing to upload their photos and take the test. When I first attempted, the site was so overloaded I got an error message.

People are sharing their results with the hashtag #HowHot, and many are going further than their own photos and testing images of celebrities that are universally thought to be very attractive. ShortList even used the tool to rate Glamour’s sexiest men of 2015.  Most were deemed “stunning” or “hot,” but there were a few outliers, such as Pharrell Williams (who was rated as just “O.K.”) and, on the other end, Robert Pattinson and Jamie Dornan (who were rated as “godlike.”) 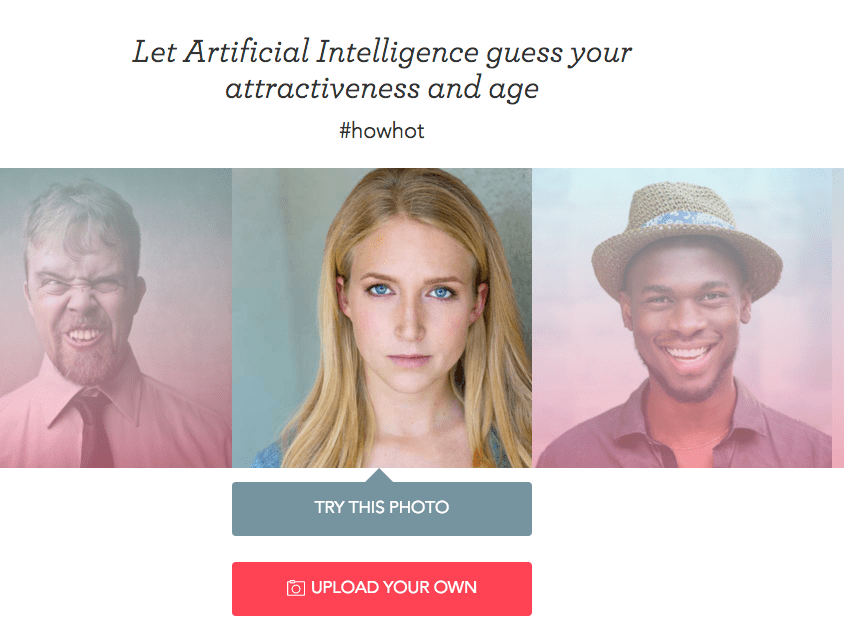