In one of her rare reasonable moments, Ayn Rand said, “The skyline of New York is a monument of a splendor that no pyramids or palaces will ever equal.” If you find that moving, you’re going to want to go to The Future of New York’s Skyline talk tonight. High-flying architects Richard Meier, Bjarke Ingels Annabelle Selldorf and Rick Cook will be discussing the topic; C.J. Hughes moderates. Ask if they see any pyramids or palaces on the horizon. 92nd Street Y, 1395 Lexington Ave, 7:30 p.m., 92y.org, $35

The Winter Antiques Show is back, and it’s a chance for you to check out some of the most fascinating objects of yesteryear. The Press Preview today will feature some special announcements from Winter Antiques Show executive director Catherine Sweeney Singer and co-chair Arie Kopelman. And if you’re not press, don’t worry—it opens to the public tomorrow. Park Aveue Armory, 643 Park Avenue, 12 p.m.-2 p.m., invite only

Women are funny. And if you’re ever in a situation where you say that and then you’re asked to name some funny women, you can just shout, “Sarah Silverman.” The comedian is performing tonight at BAM so you can see for yourself. Peter Jay Sharp Building, BAM Howard Gilman Opera House, 30 Lafayette Ave, 8 p.m., bam.org, tickets start at $44.50

Oh, boy, the DiMenna Children’s Museum is hosting its annual Family Benefit. The theme is “Heroes in History” so you have a lot of options for who to dress up as. I mean, look, no matter whom you go dressed as, if you’re a man wearing a wig you’re going to be mistaken for Alexander Hamilton. That’s O.K.! That shouldn’t stop you from going as Timothy Dexter, America’s first eccentric millionaire. He once gave a speech in French without knowing how to speak French! Or you could be literally any lady who wrote anything before 1900. O.K., I should point out that the invite does not say or suggest that you should dress up as any historical figure. However, it does not say you shouldn’t. Children 4-14 are invited, and it’s supposed to offer them the opportunity to “discover great heroes in American History through fun, interactive activities.” So, I think we have a lot to offer this party. DiMenna Children’s Museum, 170 Central Park West, 11 a.m.-2 p.m., nyhistory.org, $75 for kids, $150 for adults

So, your New Year’s Eve was kind of a bust? Forcing your family to stand in the cold for hours to watch a giant ball drop while being jostled by a bunch of very drunk tourists wasn’t as fun as you expected? That was, in fact, a horrible idea? It’s not too late to make some sort of amends! You can celebrate the New Year holiday at the Japan Society’s annual Oshogatsu event. Open to families, you’ll get to watch some traditional events like lion dancing and live taiko drumming with your youngsters. Kids will get a chance to experience drumming themselves, with two practice sessions at 2 p.m. and 3 p.m. They can also try their hand at calligraphy, rice pounding and top spinning. There will be “festival-related” light meals and snacks by Benton. And, you know, it will be heated, so that’s an advantage over the ball drop. Japan Society, 333 East 47th Street, 1 p.m.-4 p.m., japansociety.org, $18

If you’re a fan of Arthur Miller you might have already known that this year marks 100 years since his birth. But you might not have known that today is a chance to hear his works read by some of the most famous actors of our time. The likes of Greta Gerwig, Jake Gyllenhaal, Katori Hall, Peter Sarsgaard, John Turturro, Alec Baldwin, Ellen Barkin, Laurence Fishburne, LaTanya Richardson Jackson, and Tony Kushner will all be reading excerpts from Miller’s work tonight at the One Night In 100 Years Benefit. Proceeds go toward the Arthur Miller Foundation. Lyceum Theater, 149 West 45th Street, 7 p.m., telecharge.com, $75

The membership-only club LMHQ is hosting the “LMHQ Women’s Breakfast” today. Organized in partnership with ArtTable, Robyn Asquini from startup ArtTap will be discussing the growing market for art online with Roxanna Zarnegar, former SVP at Artnet Auctions. And there will probably be pastries. LMHQ, 150 Broadway, 8:30 a.m.-10 a.m., lmhq.nyc, RSVP requested

Here’s your chance to catch Grammy-nominated musicians Muse performing their album Drones. They’ll be performing for the first time in the round, just like Shakespeare did. But with more music. Barclays Center, 7:30 p.m., ticketmaster.com, tickets begin at $45 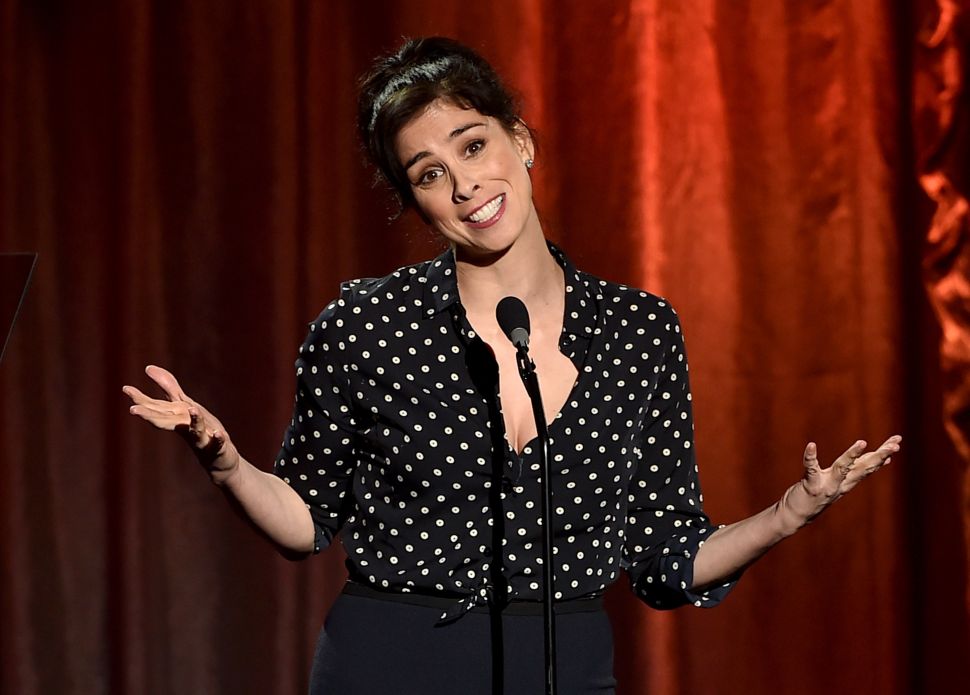