That cute little guy Daniil Simkin has recently presented himself with a bunch of his ABT colleagues in a program at the Joyce called INTENSIO. INTENSIO? This is how he defines it: “INTENSIO is a new word created to reflect our approach to performance. A performance should be an INTENSE experience for the viewer resulting from a firm INTENTION for the program, which in INTENSIO is to combine the new ways of technology with the substance of world-class dance.” A more apt word for it would be PRETENSIO.

Here’s what Simkin dished up for us. First, Nocturne/Etude/Prelude, a slighter-even-than-usual piece by the dread Jorma Elo, Boston’s choreographer-in-residence, who was all over the place for a few years and has since subsided—some of us had hoped forever. No, he’s back, with the same old clichéd tropes—excitation with excitement—this time to Bach and Chopin. (Any resemblance to Jerome Robbins’ use of Chopin in Dances at a Gathering is, alas, absent.) Wasted in this aridity are the typically irritating Simkin himself, Isabella Boylston and James Whiteside. Boylston is done no favors by her unflattering white costume, her lighter than usual hair, and a propulsive dance vocabulary far from her classical comfort zone. Whiteside, on the other hand, hiding behind a little goatee and bizarrely frosted hair, showed more oomph (especially in a series of tight turns) than he usually does.

A recent piece by Gregory Dolbashian—whose work is new to me, although he’s been turning up at various venues around the country (he won “The Pretty Creatives Competition for Northwest Dance Project,” for instance)—has absolutely nothing of his own to tell us. His Welcome to a Stranger has five strong dancers posturing around to trendy new music, to no effect and no avail. But it was nice to see Calvin Royal III, Alexandre Hammoudi and Cassandra Trenary going for broke with so little at stake. They’re all on the fast track at ABT and deservedly so.

Two short films feature the boy wonder: Simkin and the City, in which we see him cavorting around the streets of New York. This had some (boyish) charm. The more substantial Simkin and the Stage, with a voiceover by Jennifer Homans, shows him in home movies from when he was a tot being trained by his parents, through more current avatars. Lots of pirouettes going on—Simkin is first, last and always what we call a competition dancer: flashy technique (turns, leaps) for its own sake. (Girls do fouettés). And he’s won lots of competitions. But he’s an anomaly, and a problem: How do you cast an ultra-slight guy who looks like a teenager even though he’s deep into his twenties?He was touching as the boy in Ashton’s A Month in the Country, and he can do Soviet-style Jesters; bare-chested in heroic roles he’s simply unconvincing. Still, he has a certain star quality—in Japan, for instance, he’s a major draw. I couldn’t figure why until I read a story in the Times last week about the Japanese mania for toy mascots….

The big work, and the climax of the program, was Islands of Memories, a long piece for seven dancers by the Colombian-Belgian Annabelle Lopez Ochoa, who’s been more active in Europe than here, and who, in the context of INTENSIO, is a (qualified) blessing. She knows how to move dancers around to their advantage and she made good dance-y use of Max Richter’s modish rethinking of Vivaldi’s “The Four Seasons.” So from moment to moment this piece is agreeable. And I suppose the promised link between ballet and new technology comes to some kind of fruition here—a lot is made of the set and lighting by Daniil’s father, Dmitrij Simkin. But to what end? Lopez Ochoa is capable and forceful, but she doesn’t take us very far. She’s a Jorma Elo with talent.

The dancers looked terrific. But then they are terrific. Trenary, with her beautiful legs and body, and her drive, is clearly on her way to a major career. And again I find Boylston wasted in this kind of thing. Into the mix Simkin has flung the highly experienced Céline Cassone, from Les Ballets Jazz de Montréal, and “flung” is the appropriate word for her kind of get-out-of-my-way Euro-dancing. Maybe the very point of deploying her insistently assertive style—and her provocative red hair—in the ABT context of INTENSIO is that she doesn’t fit in.

What can we make of this peculiar event? Is it narcissism? Naiveté? Raw ambition? Youthful silliness? Simkin isn’t without talent or intelligence; he’s just without taste, or a sense of the appropriate. Well no real harm has been done, here and in other places where INTENSIO has appeared. We’re told that this is the first venture of Joyce Theater Productions, and on paper, given all the impressive credits, it must have looked good. The Joyce is essential to the New York dance scene, and I wish their future ventures well. 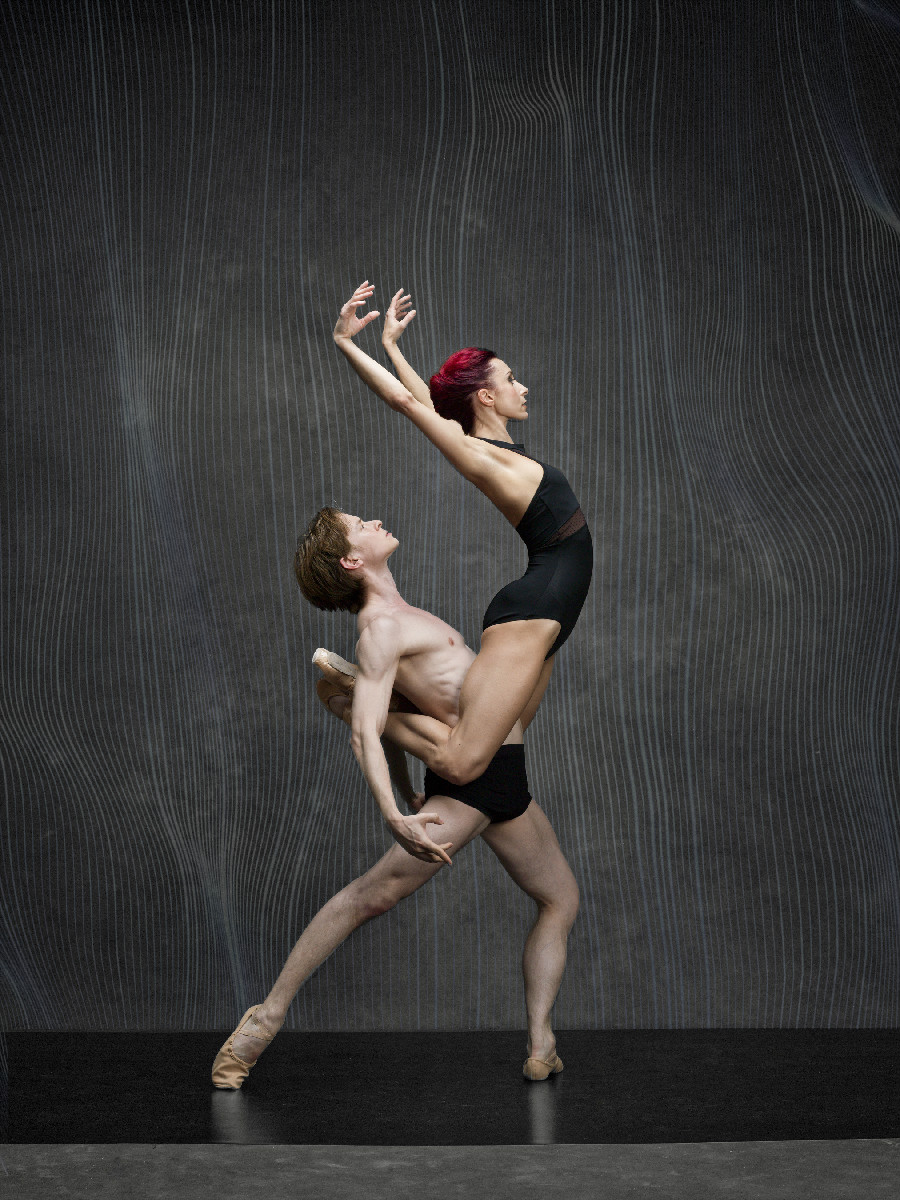