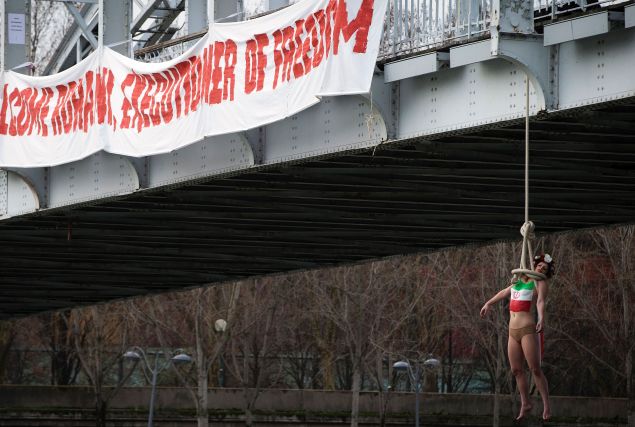 A Femen activist hangs from a mock noose during a protest in Paris against the visit of the Iranian president. (Photo: Joel Saget/AFP/Getty Images)

This morning, Iranian President Hassan Rouhani encountered a shocking display when a topless woman staged a mock hanging in protest of his arrival in France, the New York Daily News reported.

The woman, a member of the Ukrainian feminist protest group Femen, hung topless from Paris’s Debilly Footbridge with the Iranian flag painted on her chest and a crown of flowers atop her head. A banner on the bridge above decried the Iranian leader, reading, “Welcome Rouhani, executioner of freedom.” Fortunately, the fake noose was wrapped around woman’s arms in order to prevent her from harm during the production.

“We organized this public display as a little reminder of the fact that every year, more than 800 people are sentenced to death in his country,” she said. “Among them are women, feminists, homosexuals, and free-thinkers who are rotting on death row, just because they are free-thinkers. And [President] François Hollande doesn’t take any of this into account.”

Femen is notorious for its provocative demonstrations, which use nudity to incite shock and draw attention to a given cause. In September, two topless Femen members stormed a Muslim conference in Paris where they climbed onstage and shouted into microphones before being dragged out by a group of men.

Steps by museum staffers have also been taken in Italy in anticipation of the leader’s tour there. Anxious curators at Rome’s Capitoline Museum controversially covered a selection of nude marble statues in an effort not to offend the Iranian President. 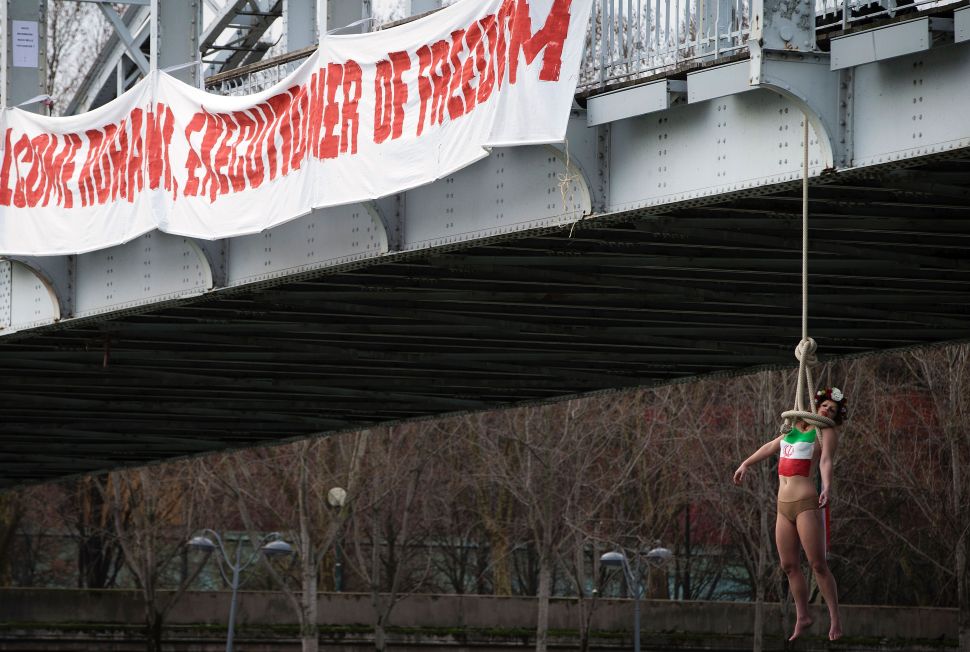