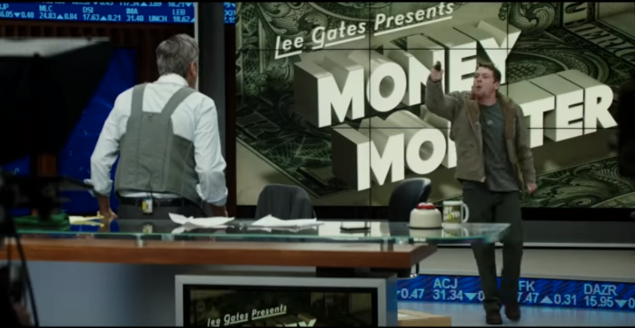 You didn’t expect the Republicans to discuss Black Lives Matter or police killings of young black men, did you, on Thursday night? Hope nobody stayed awake late for a discussion of how to combat climate change as the top seven GOP presidential candidates debated in South Carolina.

And nobody held their breath for a thoughtful examination of the growing wealth disparity or how to improve health care or protect Social Security. That stuff’s for liberals and Democrats or “weak” people, as Republican front-runner Donald Trump might call them.

No, Thursday’s main mood on the Fox Business Network was an exchange of verbal horse manure among all seven, especially the night’s three winners—Mr. Trump, Senator Ted Cruz and Senator Marco Rubio. Everyone ended up with the same look and the same smell.

Imagine, for example, Mr. Trump emerging on the high road after an exchange of innuendos and cheap shots about New York City. It came after Mr. Trump continued to wonder if the foreign-born Mr. Cruz, a Texas senator, is really a “natural-born” American, as the Constitution insists for presidents.

Mr. Cruz then overplayed his hurt feelings as he painted Mr. Trump as a typical New York liberal.

“Everyone understand the values in New York City are socially liberal, pro-abortion, pro-gay marriage and focus around money and the media,” Mr. Cruz said. “Not a lot of conservatives come out of Manhattan.” He implied strongly that Mr. Trump is a fake conservative.

Mr. Trump, a television professional, senses the mood of the medium. He slowed his tempo and lowered his tone of voice. Instead of answering on Mr. Cruz’s chosen ground, he spoke of Ground Zero and 9-11 and how nearly 3,000 people died in a terrorist attack in Lower Manhattan in 2001.

“No place on earth could have handled that more beautifully, more humanely, than New York,” Mr. Trump said.

Mr. Trump added that “the smell of death” lingered for months in Lower Manhattan and that “everyone in the world loved New York” in those sympathetic times. Then, throwing a loose handful of schmutz at the alleged Texan who admits he was born in Canada of a Cuban father, Mr. Trump said “That was a very insulting statement that Ted made” about New York.

Earlier, Mr. Cruz noted that Mr. Trump’s mother was from Scotland but gallantly said he would not make it an issue. Turning to other rivals, Mr. Trump called Jeb Bush “weak.”

‘This guy’s a petulant child. I hope the President is watching tonight. We are going to kick your rear end out of the White House.’

And on it went. Mr. Bush, the former governor of Florida, said Democratic leader Hillary Clinton is under FBI investigation. Mr. Rubio said President Obama considers America “an arrogant power that needs to be cut down to size.”

Mr. Trump repeated his demagoguery about immigrants who are not women and children but big, strong, young men who might be “Trojan Horse” terrorists and not really refugees from the Syrian civil war. Mr. Cruz, when questioned about a New York Times story regarding his fishy finances, called it a “hit piece” and explained it as an accounting mistake.

“If that’s the best hit The New York Times has got, they better go back to the well,” Mr. Cruz said, without denying any fact in the article. No doubt, Times editors have more than one reporter checking into the history of Mr. Cruz, a cunning and calculating operator who is said to be the most disliked man in Washington.

Mr. Trump also took a swing at the Paper of Record over something he said about Chinese tariffs. “It’s The New York Times,” Mr. Trump said. “They’re almost always wrong.” Then he continued on with many words that seemed to confirm everything the Times wrote.

Mr. Cruz tried to push his “New York” innuendo against Mr. Trump by saying he should stop playing “Born in the U.S.A” by Bruce Springsteen at his rallies and replace it with “New York, New York” by Frank Sinatra.

But whenever Mr. Cruz got a punch in, Mr. Trump landed a counter punch.

CRUZ: “I’m not going to be taking legal advice from Donald Trump.”

TRUMP: “You don’t have to. Take it from Laurence Tribe.”

Mr. Tribe of Harvard is Mr. Cruz’s former law professor and appeared late Thursday on CNN and MSNBC to say that, indeed, Mr. Cruz’s “natural-born” citizenship and those like it make for a question never heard by or ruled upon by the Supreme Court.

As for Mr. Rubio, he seemed a bit overwrought when he said the current president believes in neither free enterprise nor the Constitution. All the candidates agreed that more guns and bullets would be good for the nation and that the key to stopping gun massacres is providing more mental health coverage while abolishing the Affordable Care Act.

Among the also-rans, New Jersey Governor Chris Christie insulted Mr. Rubio (“You had your chance; you blew it”) while on his way to insulting President Obama.

“This guy’s a petulant child,” Mr. Christie said of the Chief Executive. “I hope the President is watching tonight. We are going to kick your rear end out of the White House.”

Mr. Christie’s violent words force curious thoughts. Could Mr. Christie do this himself? Did he really say he would kick the president’s rear end?

Given the relative physical fitness levels of the two men, it would be a good bet that Mr. Obama just might open up an extra-large can of whup-ass and slam it repeatedly against the side of Jumbo’s fat head.

‘I’m telling you, it’s rigged. The whole damn thing. They’re stealing everything from us and they’re getting away with it, too.’

ONE FINAL NOTE: In that the debate was sponsored by Fox Business Network, the logo of that channel appeared most of the time in five places on every screen shot, from every angle. The channel is right-wing and conservative and covers the Wall Street big shots with the big money. Tune in. See what wealthy people have to say. They always know what’s best.

But a most unusual commercial aired early during the debate. It ran 2 minutes and 30 seconds long for a movie about a TV show called “Money Monster” starring an anchorman called “The Wizard of Wall Street.” Among the actors are Julia Roberts and George Clooney. From the looks of the film trailer, it appears that a terrorist crashes the set of a financial news channel and takes the anchorman hostage on live TV.

“I’m not the real criminal, it’s people like these guys,” the terrorist says, once he fastens the explosive belts. “I’m telling you, it’s rigged. The whole damn thing. They’re stealing everything from us and they’re getting away with it, too.” The trailer ended with a lot of punching, shooting, screaming and glass breaking. They ought not to put such things on Republican debates. Viewers might put two and two together and then we’ll all be throwing more than manure. 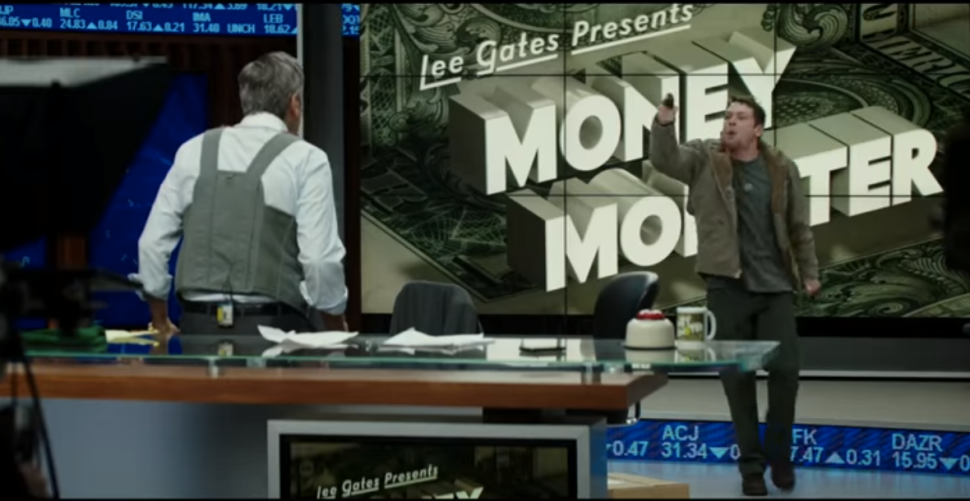