Donald Trump is not the Republican ready to be president and commander in chief, but if a movie mogul wants to produce a remake of Gone With The Wind Mr. Trump could darken his hair, grow a moustache and give Clark Garble a run for the money as an acting icon by playing Rhett Butler.

That is how good Mr. Trump is at what he does.

During the primary season it is not the debates themselves, but the media coverage in the days before and the days after the debates, that usually determine the outcome.

The latest GOP debate coincided with the last week of the Iowa caucus battle. There is no question that Mr. Trump achieved a total domination of the pre-debate and post-debate news coverage, and the actual debate became a sideshow during which his opponents used the debate to mostly attack each other, and the political commentariat class has spent this time discussing how Mr. Trump outmaneuvered his opponents.

There is polling evidence that Mr. Trump has blunted the Iowa challenge from Ted Cruz and may have regained the lead among Iowa voters. The Cruz campaign should not be discounted—he has a chance of winning Iowa—but the Trump campaign has regained initiative and the debate fiasco helped Mr. Trump far more than Mr. Cruz.

So, here is the state of play in the Republican race for president in the closing days of the Iowa caucus battle:

First, Mr. Trump has so dominated the week going to the caucus that an NFL referee might call him for penalties on every play, but he would still win the pre-caucus media battle by a score of 55 to 18 against his GOP opponents.

The commentariat class of the mainstream media is so focused on short-term news cycles it misses the point of larger events that are far more important to determining the next president.

Second, the 18 points scored by his opponents in my hypothetic football game are all scored by Marco Rubio. In a crucial development that has been largely ignored by pundits in the mainstream media, in the new NBC/Wall Street Journal poll Mr. Trump garnered 32 percent of Iowa voters, Mr. Cruz claimed 25 percent, and Mr. Rubio 18 percent with none of the other GOP candidates scoring above 8 percent.

In other words, this poll of Iowa voters shows Mr. Rubio with a clear chance of emerging from the Iowa caucus with at least a claim to clear ownership of the role as the leading alternative to Messrs. Trump and Cruz for the GOP nomination. If this occurs, Mr. Rubio will receive a windfall of momentum that would be equal in power to the spoils of the candidate who wins the first Iowa position as the race moves to New Hampshire and beyond.

The commentariat class of the mainstream media is so heavily focused on short-term news cycles it misses the key points of larger events that are far more important to determining the next president than the daily new cycles.

Mr. Rubio has a very clear strategy to win the GOP nomination. It is this: he wants to come in third in the Iowa caucus, and become the leading alternative to Messrs. Trump and Cruz going into the New Hampshire primary. He wants to come in second in the New Hampshire primary, or least run a close third behind Messrs. Trump and Cruz which would then solidify his status as the sole remaining center right alternative to them. He then wants to compete for first place and outright defeat them in the South Carolina primary, the Nevada caucus, or the big southern primaries that come shortly thereafter.

Leaders of both parties in Washington now suffer from a deep schizophrenia—terrorized by the prospect of a catastrophic defeat.

This Rubio strategy is far more viable than pundits who are obsessed with short-term news cycles understand, but it requires one thing. Mr. Rubio must emerge from the Iowa caucus as the clear third alternative to Mr. Trump and Mr. Cruz.

When you hear pundits say on television that inside Washington Republican leaders are beginning to accept a Trump nomination, they do not know what they are talking about. GOP leaders are terrified of alienating Trump supporters, so they do not publicly say what the really think, but almost all major GOP establishment insiders secretly agree with what I write here, fervent hope a scenario such as what I suggest for Mr. Rubio comes to pass, and wish like hell that secondary candidates (including Jeb Bush) would drop out.

Third, there is true panic throughout the political establishments in Washington. Words cannot overstate the level the panic has reached behind the scenes in the capital.

Republican leaders are in a frenzied panic about the danger that Mr. Trump could soon achieve an unstoppable momentum that would lead to his winning the GOP nomination for president, while they read polls suggesting that both Bernie Sanders and Hillary Clinton could win landslide victories over Mr. Trump in a general election.

Democratic leaders are in a state of frenzied panic about the surging campaign of Mr. Sanders and the possibility that he could win the Iowa caucus and the New Hampshire primary and force himself into repeated debates in a long campaign slog with Ms. Clinton. When Mr. Sanders attacks the power of Wall Street money to dominate our government, top Democrats know well but will never admit that many Democrats in Washington receive the same Wall Street money that Mr. Sanders points out that Ms. Clinton achieves.

Leaders of both parties in Washington now suffer from a deep schizophrenia. Republican leaders are truly terrorized by the prospect of a Trump nomination that could lead the GOP to a catastrophic defeat while, on the other side of the equation, they believe that Ms. Clinton is a very flawed candidate who they believe would be defeated by a center right candidate such as Mr. Rubio.

As I write this on the Friday morning before the Iowa caucus explosion on Monday, what do I expect to happen when the real voting begins? The truth is that I do not have the slightest idea. Nor do most commentators. They won’t tell you. I just did.

For now I would call the Democratic race in Iowa a dead heat, a neck-and-neck race that either Mr. Sanders or Ms. Clinton could win. I would give Mr. Sanders a very tiny edge, without great confidence because the race is that close, but if Mr. Sanders does pull out an Iowa victory he will rocket to New Hampshire and win there. The Democratic race would then become a war of the worlds going into voting in later states.

On the GOP side, Messrs. Trump and Cruz are neck and neck in Iowa for the number one spot, but the thing to watch in the coming days is whether Mr. Rubio can pull off a surprise surge to emerge at least as the clear number three, in which case he will be anointed as the great new hope for the next generation of Republicans in New Hampshire and beyond! 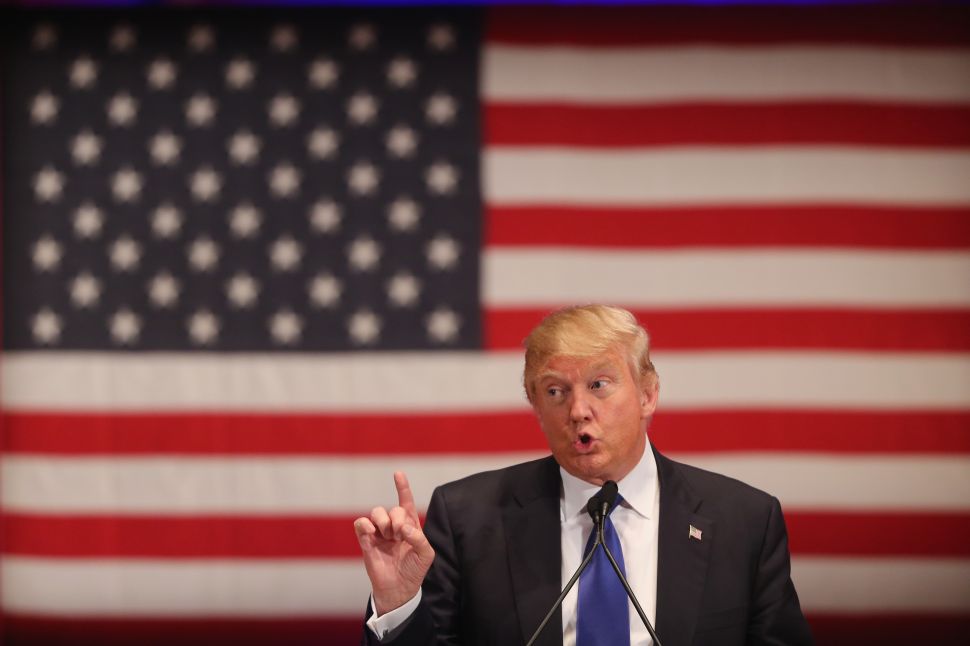