It’s time for the NFL playoffs, when sales of big-screen TVs traditionally spike. Which means a hell of a lot of people will be plunging into a morass of acronyms, obscure specs and confusing claims between now and Super Bowl 50 on Feb. 7.

In the interest of helping you cut through the clutter, here are four things you should know before you set foot in a Best Buy showroom or start surfing Amazon:

The numbers 1080 and 4K refer to the number of pixels, the little dots that make up the TV picture. A 4K TV—which some manufacturers refer to, for marketing purposes, as Ultra High Definition or UHD—can display four times the number of pixels as a 1080p set.

But there currently isn’t much content that takes advantage of 4K, nor is there likely to be anytime soon. (Remember 3D TV, the last “Next Big Thing” in television? This is one of the issues that sunk it.)

Netflix is streaming some of its shows, including House of Cards, Daredevil and Jessica Jones, in 4K. Amazon does some too. But 4K Blu-ray players are only now slowly starting to trickle onto the market, and the first 4K disks are supposed to start showing up Real Soon Now. (That’s a technical term meaning, “We keep talking about it rather than do it.”)

Then there’s the fact that the human eye can’t distinguish between 1080p and 4K on a normal-sized screen viewed at a normal distance. So unless you’re buying a truly massive set—85 inches, say—or sit extraordinarily close to your TV, you’ll never know the difference.

Oh, and in case you’re wondering: The next Next Big Thing is 8K TVs, the first ones are selling for north of $100,000, and I’m sure there’ll be content for them Real Soon Now.

What’s the difference between an LED TV and an OLED TV?

Most TVs these days are LED sets. That is, they have liquid crystal displays that are illuminated from behind by light-emitting diodes. OLED TVs (the “O” stands for “organic”) use thin, semi-conductive materials that emit light when an electric charge runs through them.

Understand? Good. Now forget about it, because knowing that is about as important as understanding the precise workings of the internal combustion engine in your car.

What you need to know is that OLED is the greatest technology around. OLED TVs are crazy-thin, crazy-light, energy efficient and have far and away the best picture. Better than LEDs. Better, even, than plasma, a technology that had a great picture but disappeared from the marketplace because of size, weight and cost.

First, if you want an OLED TV today, your choices are limited to LG and… well, you don’t have a choice. The Korean TV maker went all-in on the technology early, and is currently the only major company selling OLED sets in the U.S. Other manufacturers, notably plasma pioneer Panasonic, are on the verge of entering the market as well, but if the Super Bowl is your target date, it’s LG or nothing.

The phrase refers to a set capable of directly accessing the Internet via WiFi or Ethernet.

Chances are, if you’re looking at a modern big-screen TV from a major brand like Sony, Samsung, Vizio or LG, it will be smart — meaning you won’t need a separate device like an Apple TV or Roku in order to watch, say, Netflix or Amazon Prime Video.

Of course, the Apple TV and Roku do a lot more than just provide Netflix access. The Apple TV runs lots of apps and games, and Roku has a huge variety of niche programming sources. If you’re planning to use one of them, having a smart TV becomes much less relevant.

If you aren’t adding an extra device, pay attention to the smart-TV user interface. Historically, most of them have been terrible.

Should I buy a curved screen or a flat screen?

The TV salesperson can give you all kinds of reasons why a curved screen is better. It’s more immersive. It cuts down on reflection. It provides wider viewing angles.

My opinion—widely shared among those who’ve studied such claims—is that they’re all basically bull. If you want a curved screen because you think it somehow looks cooler, you’re welcome to it. But there’s zero advantage to it, and I wouldn’t pay an extra nickel for one. 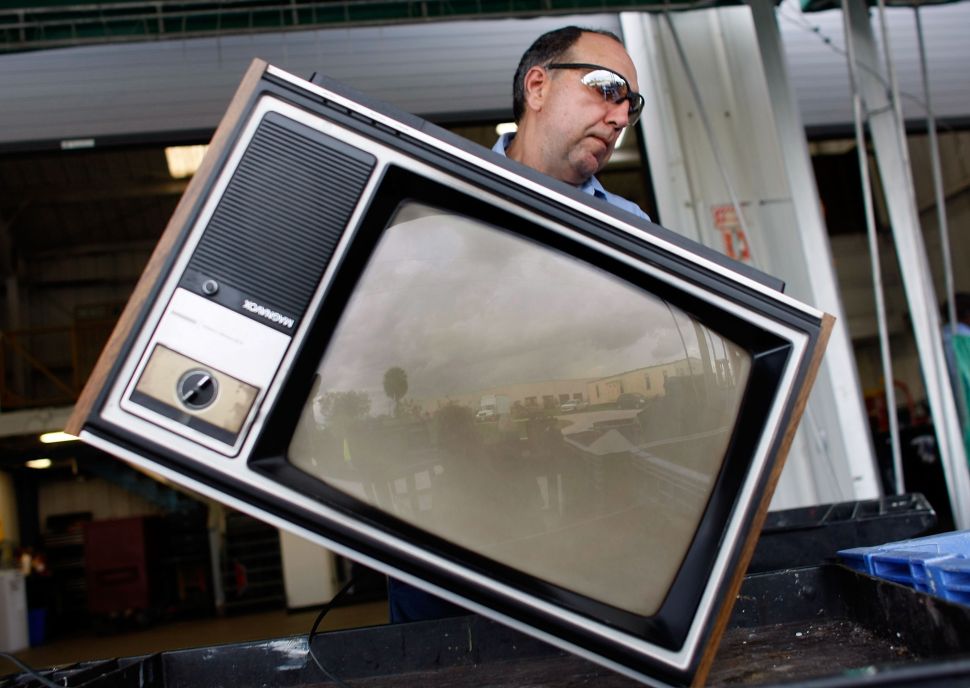