Of course this holiday weekend couldn’t start off easily.

At around 3:30 PM on Friday, Twitter went down, squashing the hopes of anyone who wanted to tweet about their #NewYorkValues.

Early Twitter users may be nostalgic for the “fail whale,” which has been replaced by a futuristic robot missing a hand.

The failure, however, was short lived. As soon as the site was back up, Twitter users had a place to complain about not being able to use Twitter:

Twitter! Don't EVER do that to me again, young man. No ice cream for you!

Twitter goes down and just for a second there's a moment of clarity, the moon seems to spotlight a hole in the fence AND SNAP we're back.

It’s a good thing that Twitter didn’t crash last weekend—where else would the media have gone to make jokes about Sean Penn? 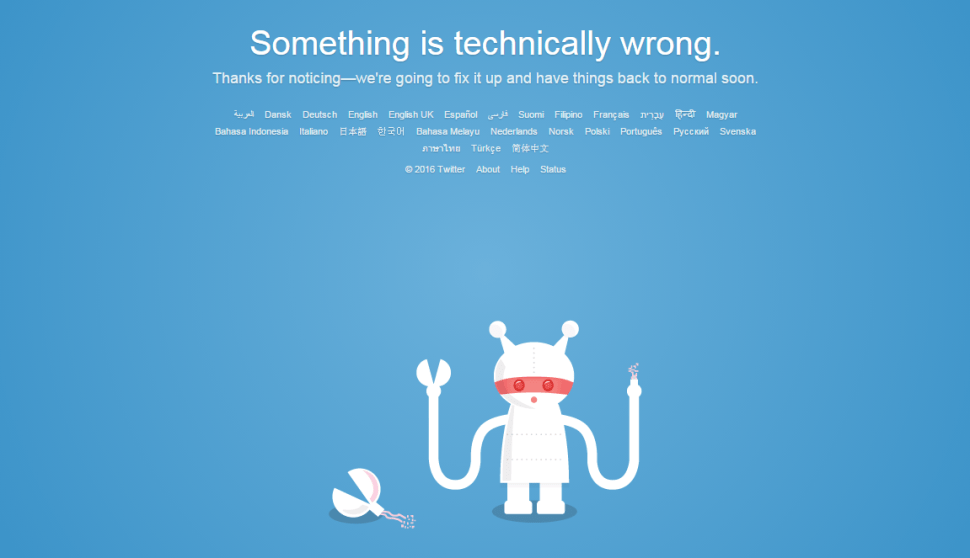