Hello, Brooklyn—we’re headed your way! We’re excited to be opening a new retail location in Cobble Hill soon. Stay tuned for more details as we get closer to opening! #warbyblue

While Warby Parker is notoriously beloved by Brooklynites (especially those with man buns and beards), the brick-and-mortar store hasn’t made its way to their borough until now. While the brand has opened outposts in Nashville and New Orleans, its only New York locations have been in Manhattan.  Warby announced on Instagram their newest location in Cobble Hill, storming the streets, much like the recent French invasion.

The company will fit right into its hipster haven, surrounded by Tattly, a temporary tattoo parlor for children, and Aesop, a skincare pop-up inside The Invisible Dog Art Center. While it all sounds like a scene from Portlandia or Girls, it’s an actual neighborhood. It’s also flanked by more mainstream offerings, including Lululemon, Rag & Bone and Barneys. Warby signed a 10-year lease, so they’ll be providing glasses for Brooklyn ‘it’ girls (and guys) well into the future.

If you don’t plan on venturing outside of Manhattan anytime soon (or ever), there are already four locations in the city. Warby co-founder Neil Blumenthal, thinks Brooklyn makes perfect sense for the next destination. He told the Wall Street Journal, “Everyone already thought we were based in Brooklyn, so we thought it was time to open a store there.” It does already seem as though every single Brooklyn-based anything, but especially ‘creatives,’ adore the frames; now, the entire borough will be in matching ones, along with their identical military jackets and Converse. 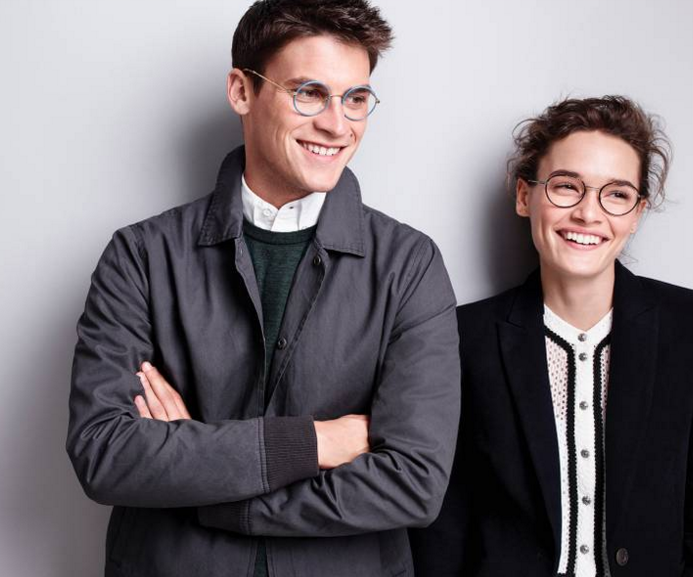