Remember that one time I asked if true-crime stories like Making a Murderer—the Netflix doc centered on the bizarre murder of Wisconsin’s Teresa Halbach, for which Steven Avery is still in prison—lead to dangerous, outlandish theories based on much speculation and little evidence?

John Cameron is a former police sergeant and FBI cold case task force worker, who has the arrest of at least one child killer/cannibal on his resume. In recent years, Mr. Cameron has been documenting the history of Edward Wayne Edwards who, according to Cameron, has been killing for 66 years, each time framing a guiltless person for the crime. Now officially, Mr. Edwards has been convicted of five murders. There is a theory, however, he committed many, many more between 1945 and 1996, including the Zodiac Killer murders.

So what are we looking at in terms of evidence? For one, Mr. Wayne Edwards was living about an hour from Mr. Avery when the murder took place. He had also already committed a murder in Wisconsin, in 1980,  when he took the lives of Timothy Hack and Kelly Drew. Furthermore, Mr. Cameron posits Mr. Edwards had a habit of committing murders on Halloween, the night Teresa Halbach appeared, and of showing up at the trials of his victims. Mr. Cameron believes he spotted the serial killer in this photo, a still from Making a Murderer‘s six episode.

The case against? Well, Mr. Edwards would have been around 72 years old when Teresa Halbach disappeared, at this point the successful perpetrator of more than 100 murders. Also, I am pretty sure the photo Mr. Cameron believes shows Mr. Edwards actually shows Steven Avery’s father. Like, 95 percent sure.

But hey, I leave this up to you. I am bowing out of all judgement and theories, because at this point whether Steven Avery is 100 percent guilty and deserved to be convicted or Teresa Halbach is on a remote island cutting an EP with Tupac, I wouldn’t be surprised. 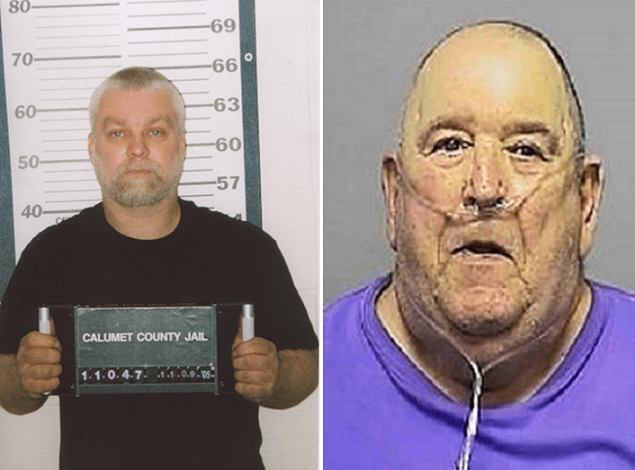