Bernie Sanders took a break from the campaign trail to do something only a politician with integrity would: On January 12, he returned to Washington to vote for Sen. Rand Paul’s bill to audit the Federal Reserve. Though the vote was blocked by Senate Democrats, Mr. Sanders’ decision to side with Republicans, just weeks from the start of the primaries, demonstrates his genuine resolve for serving the American people. The only other Democrat to split away from partisanship on the issue was Sen. Tammy Baldwin. Ted Cruz, who previously vocalized his support for the bill, missed the vote.

In 2010, Mr. Sanders wrote an amendment to Wall Street reform, directing the Government Accountability Office to conduct an audit of the Federal Reserve. “As a result of this audit, we now know that the Federal Reserve provided more than $16 trillion in total financial assistance to some of the largest financial institutions and corporations in the United States and throughout the world,” he said in a press release. “This is a clear case of socialism for the rich and rugged, you’re-on-your-own individualism for everyone else.” The audit also found the Federal Reserve provided financial assistance to foreign banks and corporations.

Federal Reserve reform has become an integral part of Mr. Sanders’ campaign. “To rein in Wall Street, we should begin by reforming the Federal Reserve, which oversees financial institutions and which uses monetary policy to maintain price stability and full employment,” he wrote in a New York Times op-ed this past December. “Unfortunately, an institution that was created to serve all Americans has been hijacked by the very bankers it regulates.”

The Senate voted 53-44 on Mr. Paul’s measure, falling short of the 60 votes needed for the bill to move forward.

Votes are too often determined by whose name and party is attached, rather than by the principals, values and implications signing a bill into law would have on improving our government’s policies.

“Requiring the Government Accountability Office to conduct a full and independent audit of the Fed each and every year, would be an important step towards making the Federal Reserve a more democratic institution that is responsive to the needs of ordinary Americans rather than the billionaires on Wall Street,” Mr. Sanders said.

But many Democrats argue the bill would politicize monetary policy and grant congress access to too much power. “That bill is about Congress supplanting its judgment as to what monetary policy should be,” said Jason Furman, Chairman of President Obama’s Council of Economic Advisers, in an interview with Bloomberg TV last year. “Congress shouldn’t be telling the Fed what to do with monetary policy.”

In trying to audit the federal reserve, Mr. Paul picked up where his father, Rep. Ron Paul of Texas, left off. “I can’t imagine anyone voting against transparency. This whole thing that it would be politicized if Congress has something to say about it—it’s always politicized,” the senior Mr. Paul said in an interview with U.S. News. “It’s just who’s behind the scenes doing the politicizing. And that’s what they don’t want to know, because the special interests are the political forces that direct monetary policy.”

Mr. Sanders’ decision to defect from the Democratic Party was bold, and is revealing of the dissipation of bipartisanship in Washington under the Obama administration. Votes are too often determined by whose name and party is attached, rather than by the principals, values and implications signing a bill into law would have on improving our government’s policies.

Mr. Sanders has the ability to reach across the aisle and work with members of both parties to achieve common ground over sensible legislation. No other presidential candidate—on either side—has the record of bipartisanship he has, and no other candidate would be as effective in the White House because of it. 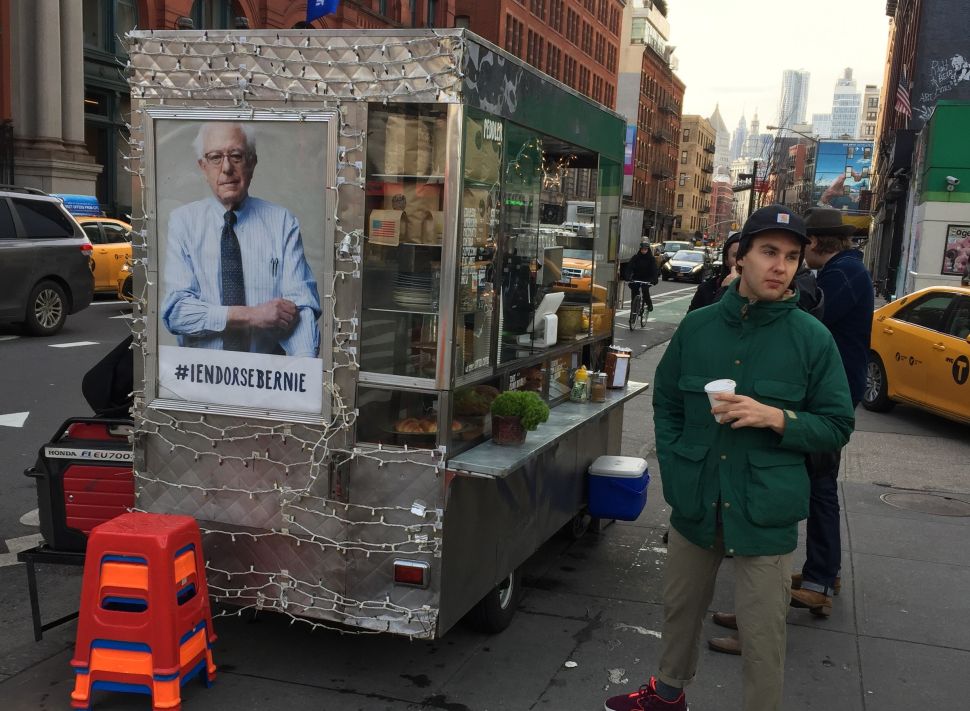