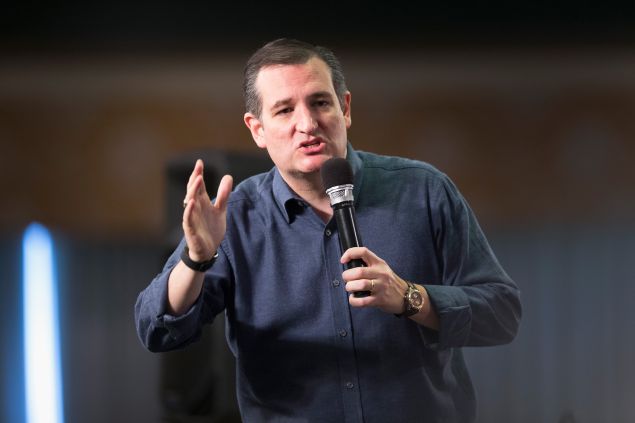 While it’s unclear as of yet who will win the battle for the GOP presidential nomination, but the obvious winner when it comes to using pop culture to advance his political interests is Texas Sen. Ted Cruz, who often makes reference to The Simpsons, imitates characters from The Princess Bride—to the consternation of some of the liberal actors who played those roles—and has cited The Godfather as one of his favorite movies. When criticized by Donald Trump, Mr. Cruz has chosen to respond with pop culture references on Twitter: When Mr. Trump called him a “maniac,” Mr. Cruz tweeted out a video of the “Maniac” dance scene from Flashdance; when Mr. Trump raised questions about Mr. Cruz’s citizenship, Mr. Cruz tweeted out the “jump the shark” scene from Happy Days, suggesting that the controversy was old news.

My response to @realDonaldTrump calling into question my natural-born citizenship? https://t.co/gWfAHznlCY

Mr. Cruz has a method to his torrent of pop culture references. They highlight his youth, contrasting the 40-something Senator from grandparent rivals like the 69-year-old Mr. Trump or the 68-year-old Hillary Clinton. More importantly, his facility with iconic films and TV shows helps soften the mainstream media image of him as the hard-edged conservative. By running a campaign heavy on jokes and widely familiar images, Mr. Cruz is working to develop a reputation as a friendly crusader, one who could talk to the average voter about shows and films they themselves have watched. (Interestingly, Barack Obama’s cultural references are much more upscale and high tone, as his choices tend to be dark and complex shows on pay cable like The Wire and True Detective—more the TV of the 1 percent rather than the 99 percent).

There is some evidence that Mr. Cruz’s approach is working. The Washington Post’s Kate Zezima made a list of the seven most surprising things about Mr. Cruz. Number 5 on the list was that despite the fact that he’s “known in Washington for being abrasive and disliked… He’s a funny guy.” Her evidence for this assertion was largely based on Mr. Cruz’s impressions of Darth Vader and acting out of scenes from, of course, The Simpsons and The Princess Bride.

The other candidates, most of whom are older, don’t refer to pop culture as frequently as Mr. Cruz and Mr. Rubio.

Mr. Cruz is not the only candidate to use pop culture on the campaign trail. His fellow Gen Xer Sen. Marco Rubio has shown a similar facility to invoke images and references that go beyond politics. Rubio is a fan of hip-hop – a somewhat unexpected choice for a GOP candidate. He has even weighed in on cultural topics as controversial as anything in politics, viz. the famous East Coast/West Coast rap rivalry. For the record, Mr. Rubio is a west coaster, having told Buzzfeed that “I think 2Pac’s lyrics were probably more insightful in my opinion—with all apologies to the Biggie fans.” Of his three favorite raps songs, two are decidedly West Coast: “Straight Outta Compton” by N.W.A. and “Killuminati” by Tupac. Eminem’s “Lose Yourself” is the third. Mr. Rubio also likes movies. His favorites include Pulp Fiction, The Wedding Crashers, and Godfathers I and II. As for the widely panned third entry in that series, he wisely concluded that “No. 3, I can do without.”

The other candidates, most of whom are older, don’t refer to pop culture as frequently as Mr. Cruz and Mr. Rubio. What we learn about their interests is usually in reaction to a reporter’s question. Still, a candidate’s approach to pop culture provides insight into who they are as a person. Ben Carson also likes Eminem’s “Lose Yourself,” and enjoyed the Arnold Schwarzenegger/Jamie Lee Curtis spy comedy True Lies. John Kasich seems musically inclined: he likes School of Rock and was once booted from the stage at a Grateful Dead concert. Carly Fiorina used the question of her favorite movie to remind people of her campaign themes, saying that she liked Secretariat, “because it’s about both a woman and a horse that are underestimated and that surprise everyone.”

Some candidates are less interested in pop culture, although it’s hard these days to avoid it completely. Jeb Bush is a big reader—he was recently photographed reading a copy of Jim Geraghty’s The Weed Agency. Even so, he managed to weigh in on the new TV show Supergirl, saying of the title character, “She was pretty hot.” Overall, though, Mr. Bush added, “I like the old school guys like Batman” but added that recent manifestations of the superhero are “a little dark these days.”

When radio host Hugh Hewitt followed up to ask what his pop culture interests were, Mr. Christie was brusque: ‘I run for president, Hugh, that’s what I do.’

Chris Christie, despite his well-documented love of Bruce Springsteen, has probably positioned himself as the candidate most hostile to pop culture. He once denied a tax credit to Jersey Shore because of the poor way it portrayed Jersey residents, saying “I am duty-bound to ensure that taxpayers are not footing a $420,000 bill for a project which does nothing more than perpetuate misconceptions about the state and its citizens.” Mr. Christie recently said that he did not watch Homeland or Downton Abbey. When radio host Hugh Hewitt followed up to ask what his pop culture interests were, Mr. Christie was brusque: “I run for president, Hugh, that’s what I do.”

As for the current leader in the race, Donald Trump, he does not use pop culture so much as he is a product of it. He raised his already high name recognition via his long-standing role on TV’s The Apprentice. Mr. Trump has also been doing cameos on TV and in movies for three decades, including appearances in The Fresh Prince of Bel Air, Home Alone 2, The Nanny, Sex and the City, Spin City, and Zoolander. His extensive TV experience is apparent on the campaign trail, as he is probably the most practiced TV performer to run for president since Ronald Reagan. (The late Fred Thompson, who briefly ran in 2008, may be his only competition).

Mr. Trump has an instinctive understanding of pop culture: He knows how to make headlines and then manage the news cycles that follow. He also benefits from being judged by celebrity rules, not the standard rules of gotcha-journalism that can trip up politicians. He says something outrageous (or “Yuge!” in his parlance) and then modulates, softens, or nuances after the cameras are on him.

Mr. Trump’s lead is not due exclusively to his pop culture provenance, but it certainly helps. As for rivals such as Mr. Cruz and Mr. Rubio, they cannot hope to match Mr. Trump’s celebrity, but their facility with popular culture has helped them rise up the ladder in a crowded field of challengers. Regardless of who wins the ongoing contest, the ability to relate to voters via pop culture will have played a vital role.

Tevi Troy is a presidential historian, former White House aide, and former Deputy Secretary of Health and Human Services.  He is the author of What Jefferson Read, Ike Watched, and Obama Tweeted: 200 Years of Popular Culture in the White House. Follow him on twitter at @tevitroy 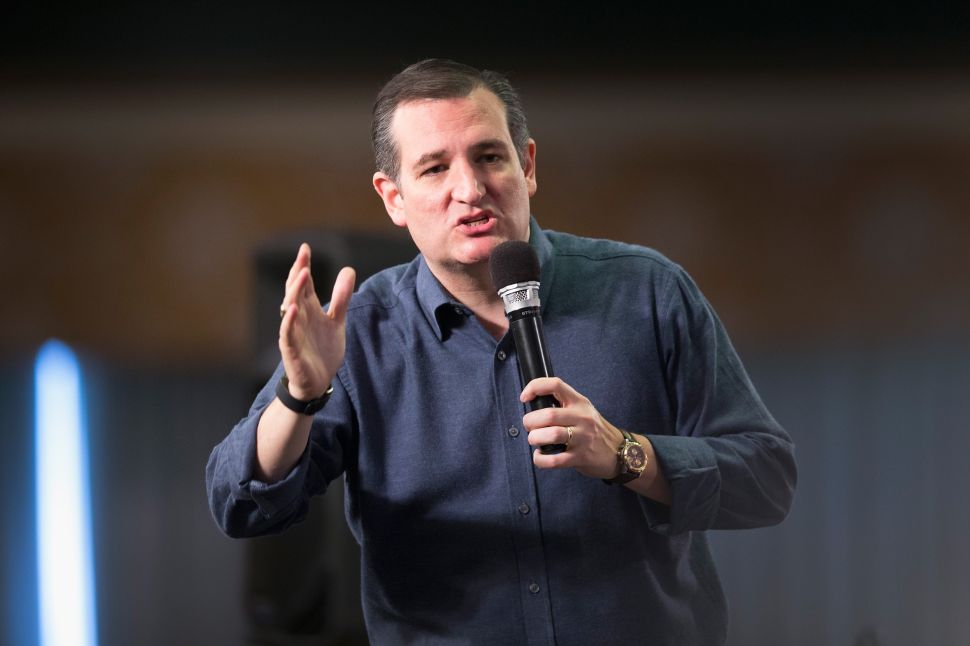