This year and 2017 will be crucially important in determining China’s economic future. One of the certainties of the past decade has been that the 21st century would belong indisputably to China. This was never as powerful a meme within China as it was abroad, where China was likely to rule the world or to collapse ignominiously mainly in the imaginations of Western observers. Perceptions however have changed dramatically, especially in the past year. China’s once seemingly unstoppable economy now faces constraints much like those that have derailed the emergence of nearly every developing country in the past century, from richer Mexico to poorer Thailand.

Four decades of breakneck growth have left the economy deeply unbalanced, and China faces a difficult adjustment as it rebalances. To understand the challenges, it is best to explain the remarkable period since Deng Xiaoping began his dramatic reforms in the late 1970s as consisting of four very different stages, the last of which China is entering into only with great difficulty. How China maneuvers the early part of this fourth stage may very well determine just how successful its economy ultimately will be during the first half of this century.

The first stage, it turns out, will have much in common with the fourth if China is successful. During the first stage in the 1980s Beijing implemented liberalizing reforms that eliminated many of the Maoist constraints that had previously prevented Chinese institutions from exploiting the country’s assets and resources productively. Historically the political elite, whose power often consists precisely of its ability to impose these constraints, has always opposed and tried to reverse these kinds of reforms, and China was no exception. Deng had the loyalty of the army, however, and substantial control over a highly centralized leadership, and by the early 1990s it was very clear that China would not turn back.

While China’s economy has been adjusting since 2011, it has been painfully slow and has still not weaned the economy from its fierce addiction to credit growth.

It was also clear by then that five decades of war and Maoism had left the economy severely underinvested. To drive the second stage of growth Beijing dusted off a Stalinist development model whose roots can be traced partly to Henry Clay’s “American System” of the early mid-19th Century. Variations of this development model have powered growth miracles in Brazil in the 1960s, Japan in the 1980s, and dozens of other countries since the Second World War.

The development strategy was best described by Alexander Gershenkron in the 1950s and 1960s: first, the investment decision-making process is centralized, and second, explicit or hidden taxes on households subsidize rapid growth by constraining household consumption or, what is effectively the same thing, by forcing up the country’s savings rate. The development model was immensely successful, and within a decade China had investment and savings rates that were among the highest in history.

As long as centralized investing was able to identify and fund productive investment at a reasonable cost, China’s growth was sustainable, but once it no longer could do so, China in the late 1990s and early 2000s, like every country before it that had followed the same model, entered the third stage. Addicted to high levels of investment Beijing kept money flowing into the same projects long after they were no longer economically justified. As that happened Chinese debt began to rise at an unsustainable pace.

By 2007 Beijing recognized that China’s economy had become severely distorted and that debt was rising too quickly. In a famous speech in March of that year, Wen Jiaobao, then premier of China, promised to take steps to reform the economy and to regain control of credit, but it wasn’t until 2012 that the economy began to rebalance. While China’s economy has been adjusting since 2011, the adjustment has been painfully slow and has still not weaned the economy from its fierce addiction to credit growth.

As of now China’s development is effectively in the fourth stage, which resembles the first stage in that the administration of Xi Jinping, China’s president since 2013, must implement new liberalizing reforms that are, just like in the 1980s, strongly opposed by China’s much-berated “vested interests”. After the substantial dispersion of power in the 1990s and 2000s, there was almost no chance that these reforms would be successful unless Beijing first consolidated power. Xi’s anti-corruption campaign, which for four years has sown fear and even panic among bureaucrats and senior officials, is aimed above all at doing just that.

Modern history provides many precedents for what China must undergo, but all of them suggest that either growth will slow substantially, as China experiences the equivalent of the Japanese “lost decades” or, if credit growth isn’t reined in, that it will experience a disruptive debt crisis. In the former case, which is the most likely, the severity of the slowdown depends crucially on how quickly Beijing gets debt under control.

This is why 2016 and the one or two following years will be so important in determining China’s economic success over the next few decades. The historical precedents make it very clear that the Xi Jinping’s administration must overcome powerful domestic resistance to the liberalizing reforms outlined in October 2013’s Third Plenum meetings that set out the economic priorities for his administration. If he succeeds, Beijing will be able to get China’s runaway debt growth under control before it is too late. If he doesn’t, China may very well face a decade or two of economic stagnation or even a debt crisis. 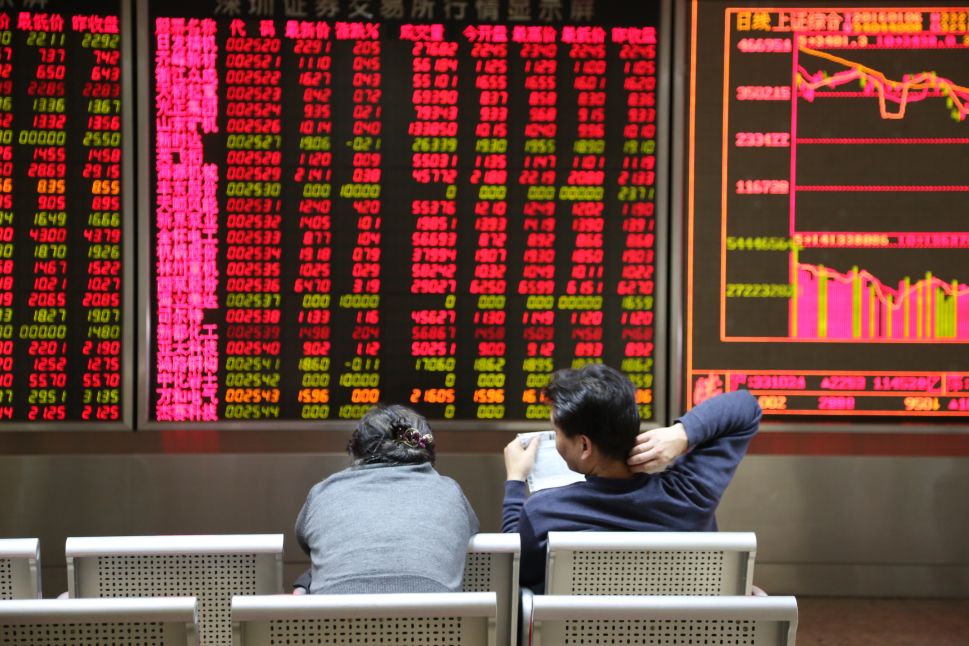