According to Money Nation, Hillary Clinton’s net worth is $31.3 million. Her husband, Bill Clinton, has an estimated net worth of $80 million. A Forbes report found there are just over 5,000 households in the United States with a net worth of over $100 million; the Clintons are one of them. Yet despite being one of the wealthiest people in the country, Ms. Clinton wants voters to believe her interests lie with the middle class.

Ms. Clinton’s wealth has detached her from reality, particularly in regard to her definition of the middle class. With her promise not to raise taxes on households making $250,000 or less a year, she ignores the most recent U.S. Census data, which find the median household income is $53,657. Comparing the struggles of a household that makes $53,000 annually to one making nearly $250,000 annually suggests that Ms. Clinton has a complete misunderstanding of what middle class in America actually means.

The middle class is working paycheck to paycheck, balancing mortgages or rent and—in many cases—student loans, car loans and credit card debt. Middle class living expenses pile up to the point where, at the end of the month, even the most frugal households are fortunate to have anything leftover.

A report by the Social Security Administration found more than half of Americans earn less than $30,000 a year. According to data from the Tax Policy Center, as of 2012, households with incomes over $200,000 made up only 4 percent of households in America; far from being middle class.

She uses the term ‘middle class’ as a buzzword to garner political support, and her pledges are meaningless for those struggling to reach a middle class status.

“I don’t think we should be imposing new big programs that are going to raise middle class families’ taxes,” Ms. Clinton said, during the second Democratic debate. “We just heard that most families haven’t had a wage increase since 2001, since the end of the last Clinton administration.”

The ‘new big programs’ Ms. Clinton refers to are Sen. Bernie Sanders’ campaign platforms—a $1 trillion plan designed not only to revitalize America’s crumbling infrastructure, but to create thousands of jobs for Americans desperately looking for well paid work, all for less than the cost of the Iraq War. Mr. Sanders’ democratic socialist platform channels many of the New Deal programs instituted by Franklin Delano Roosevelt that lifted the country out of the Great Depression. He has also proposed making public universities tuition free by instating a Wall Street transaction tax to pay for it, expanding social security, and improving the affordable health care act with a single payer health care system, among many other proposals for social programs.

Ms. Sanders is proposing “new big programs” because most families in America haven’t seen wage increases in years. The majority of the new wealth in the United States is going to the top 1 percent of the country, who already own a massively disproportionate amount of the country’s wealth; the “top one-tenth of 1 percent” of Americans own almost as much wealth as the bottom 90 percent. This is why Mr. Sanders supports a $15 minimum wage over Ms. Clinton’s $12 minimum wage proposal.

Hillary Clinton is completely out of touch with the middle class of the United States and the problems it faces. Her moderate stances on progressive reforms aimed to strengthen the middle class reflects a disconnect between Ms. Clinton’s campaign and the socio-economic problems facing most Americans. It also dishonestly represents the middle class of America, while fewer Americans are identifying themselves as middle class, in favor of lower or working class designations.

“The United States of America is the only advanced economy that does not guarantee its workers some form of paid family leave, paid sick time or paid vacation time,” Mr. Sanders said, in a press release announcing his Family Values Agenda in June 2015. “In other words, when it comes to basic workplace protections and family benefits, workers in every other major industrialized country in the world get a better deal than workers in the United States. That is wrong.”

The donations Ms. Clinton has received throughout her political career also undermine any pledge she takes to the middle class of America. Despite her vocalization for campaign finance reform, she still maintains super PACS—unlike Mr. Sanders, who refused to take money from them for his campaign. The Clinton Foundation has received millions of dollars in donations from some of the wealthiest corporations in the world, and it’s safe to assume those donations were tied to political agendas which favor their interests.

Hillary Clinton does not understand what being middle class in America means, and the fact the middle class has been disappearing since the 2008 recession is lost on her and many other politicians. She uses the term as a buzzword to garner more political support, and her pledges are meaningless for those struggling to reach a middle class status. 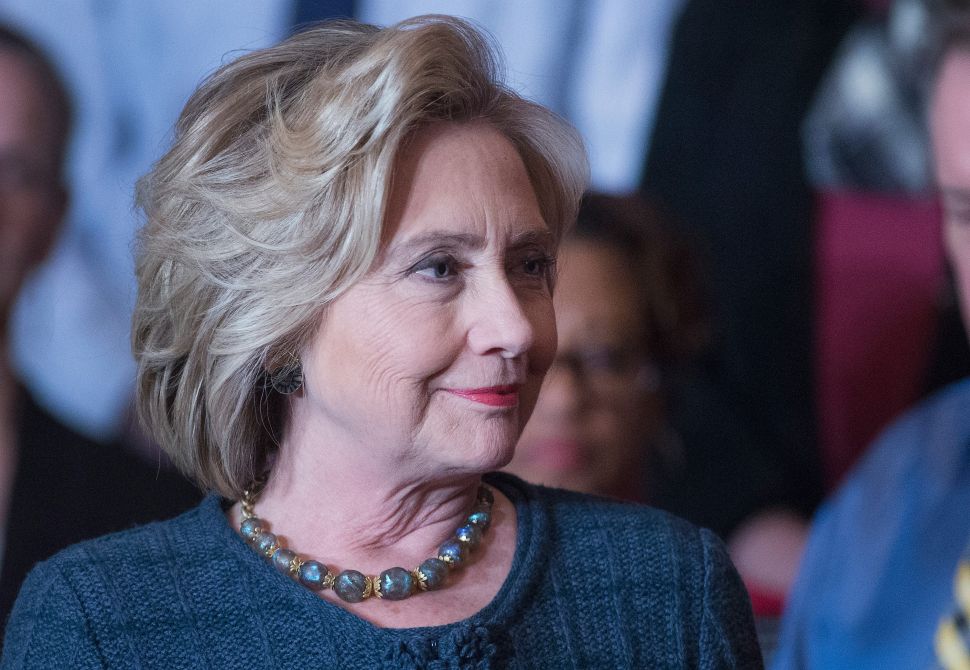