“I’m not sure if anyone has put it together yet, but if Donald Trump does not go quietly into the good night within the month or so, then we will have reached a turning,” it was said last July. “And Trump will be the avatar of a yet-defined new movement. A metamorphosis will have occurred. We will have entered a new phase of our American condition from which there will be no turning back.”

But it did not come out of nowhere. It had been building for a decade and may be seen in hindsight to have come to action on April 15, 2009, at The Alamo when then Texas Governor Rick Perry took the stage to declare what might be considered an anthem for the rising age in this cry from the heart of Texas: “States rights, states rights, states rights!”

A curious new age of Andrew Jackson, who put the fire in the belly of the heartland, has arrived. Like Mr. Jackson, the new people despise the Establishment of our day. And the feeling is mutual.

But I was waiting for a Democrat to awaken the heartland again as they did in the real Jacksonian era, having read the creative and original thinking of Steve Jarding and Dave “Mudcat” Saunders in their 2006 book, Foxes in the Henhouse: How the Republicans Stole the South and the Heartland and What the Democrats must do to Run ‘em Out.

I was waiting for former Virginia Senator Jim Webb.

Both parties have reached the crisis moment, which is clearly indicated by the desire to fall back on old families—it is a dangerous default to nostalgia and failure.

Mr. Jarding and Mr. Saunders partnered to advance Mark Warner to Governor of Virginia in 2001, sponsoring a NASCAR stock car for Yankee-reared, Harvard lawyer Mr. Warner and bringing the blue-grass masters, The Stanley Brothers, to his campaign events. They played important roles in winning the Virginia U.S. Senate campaign for Jim Webb in 2006.

“Make no mistake about it,” they write in Foxes. “If we’re ever going to regain Democratic control of America, we need to get to be buddies with Bubba once again.”

They make a colorful distinction between “Bubba” and “the redneck”, who has fallen under the trance of Republicanism since the Reagan era. Bubba votes. Rednecks can’t or don’t vote, they claim, for a variety of reasons: “Domestic violence, auto theft, every kind of auto part theft, breaking and entering, entering and breaking, shooting deer at night, selling bear parts in the Far East.”

“Steve and Mudcat know the South and rural America and they show they know how to connect to it,” said Mr. Warner of their book. “Their interest and their commitment to rural communities is smart and good politics.”

Both parties today have reached the crisis moment, which is clearly indicated by the desire to fall back on old families. It has never happened simultaneously in both parties before in American history. It is a dangerous default to nostalgia and failure. In 2008, the Democrats threw a Hail Mary pass and opted for Senator Barack Obama, bright and interesting, but a “phenomenon” as he was called by Chancellor of Germany Angela Merkel according to reports; a sensational blast and endgame here at the conclusion of “the Kennedy half century.” Likewise, Mr. Trump could well be a “phenomenon”; a break from the past and pause before a new epoch which fate sets upon us just ahead.

The Democrats have only Hillary. And Bill. And it is all a great, historic, tragic mistake.

Both parties await a turning but the Republicans today have the advantage, as beyond the Trump phenomenon the old realm will inevitably yield and new generations will arise. They always do. Texas Senator Ted Cruz will very likely be the phoenix to rise from the fire this time to Republican destiny in the future. And Texas Governor Greg Abbott will go there too. They are two of the most competent and formidable politicians ever to enter American politics. In their time, they are well fated to bring a new dimension to conservatism and even a new approach to government which might be called “western conservatism” or “Texas conservatism” to full maturity.

And rising in the sidecar they also have former Texas Representative Ron Paul, the Gray Champion of a new approach to conservatism who rose to prominence in opposition to the invasion of Iraq. He might even be considered a kind of American Solzenitzen who brings a “returning and rest” as the old prayer book says; a return to ourselves, and new thinking on economy, foreign policy and American moral culture.

While the Democrats have only Hillary. And Bill. And it is all a great, historic, tragic mistake.

“The Democratic Party of the 21st century belongs to Hillary Clinton; it belongs to Bernie Sanders; it belongs to Nancy Pelosi, Liz Warren, Debbie Wasserman Schultz and fellow tribunes of centralization in all things, fellow apostles of complete American isolationism. The Jim Webb-type, for all intents and purposes, is dead,” writes William Murchison in a recent piece in Real Clear Politics titled The Sad Fate of Jim Webb.

Maybe not. Mr. Webb is said to be thinking about re entering the race according to reports. Let us hope he does.

That could be the lasting legacy of the 2016 election when the Trump phenomenon has passed; a platform for both parties to build anew again. For whomever today takes the Jacksonian mantle will win America as Mr. Jackson did and the other side will imitate to compete, as Abraham Lincoln in whiskers, country clothes and rustic, homespun tales did in the mid-1800s, gearing up in his campaign to out-Jackson the dominating Jacksonians. 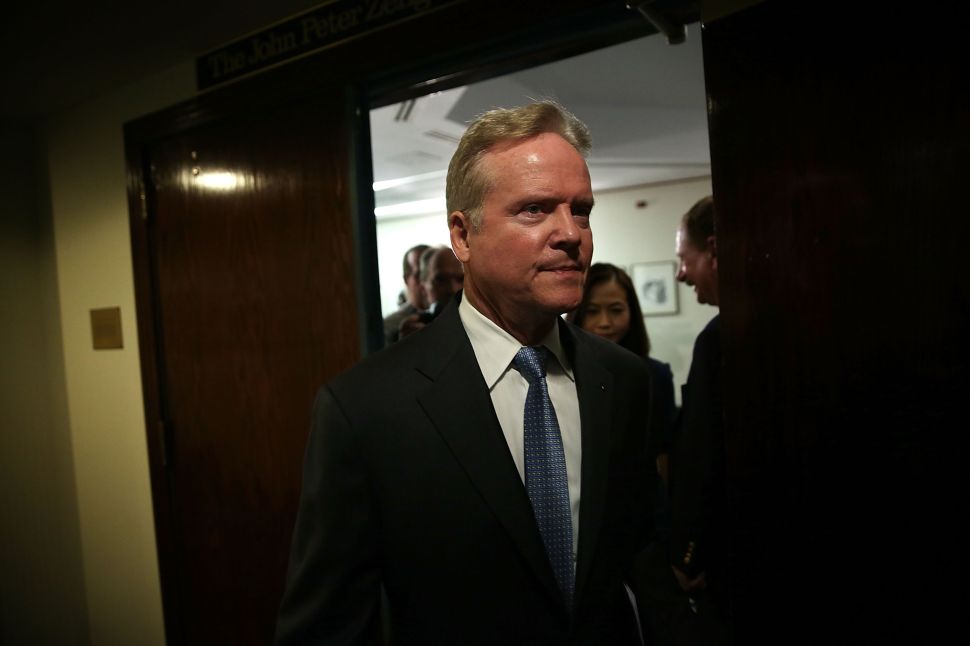