Former Speaker Joe Doria of Bayonne, and Assemblyman Nick Chiaravalloti, who assumed the oath of office this week.

Playing on the Super Bowl stage of politics, the Republican governor came back to Trenton in time to pull together the principal players – Senate President Steve Sweeney, Speaker Vincent Prieto, South Jersey boss George Norcross III and Assembly Minority Leader Jon Bramnick (R-21) – to champion the winning North Jersey casino referendum question (in committee). Of course, the public ultimately does have to pass the damn thing for this to count as a victory. Christie’s been running around the country talking about he’s the adult in the room whenever Democrats are around – a very difficult narrative to bear when one considers the governor’s record of routinely throwing temper tantrums and quickly resorting to name calling as a mode of public rhetoric. But in this particular case, Christie did demonstrate his political capacity to get something done where Democrats appeared to be flailing without him. The governor – with key legislative ally Bramnick – was able to secure a chunk of the Republican caucus on his side to put in the Sweeney bill camp in a brawl with Prieto, who backed the competing bill.

The Senate President backed the North Jersey casino bill that passed out of committee (with Christie’s and apparently Norcross’s help). The win was big for Sweeney. For one, despite the passion of his inner circle for his Statehouse prowess and general accolades heaped on him by senate colleagues, Sweeney has long trailed the whispered narrative that he won’t be able to credibly project in North Jersey as a 2017 gubernatorial candidate. “He’s got zero charisma,” a dog faced player from North Jersey complained to PolitickerNJ this week. But the show of force in the basement hallways of Building Trades members (including the president of the organization) on his behalf and Sweeney’s ability to drive the ball in for his bill gave him the right to credibly do a raucous endzone dance at the finish. That power shows off his seriousness as a 2017 gubernatorial candidate. To those who have long muttered their expectation of Norcross throwing the towel in on Sweeney and telling him, “It’s not your night tonight, kid,” just look at this win by the senate president, not to mention the $1.2 million in super PAC money raised so far for his run. There are, of course, seam lines for an attack by his rivals. Sweeney apparently overreacted to Jersey City Mayor Steven Fulop’s presence on a casinos conference call, and some spoke of overkill in the way he publicly went after Prieto. And then see above – Christie had to ride in at the 11th hour and help get the job done. But make no mistake, Sweeney’s real and very strong.

The old battered insider with no dog in the 2017 gubernatorial fight slumped in a chair on press row and opined that Fulop didn’t really lose by horning in on the casinos scrum and watching Prieto get dumped on the canvas. “He got his name in there, headlines,” the insider said. “That’s good. He showed he is a credible counterpoint to Sweeney, so good for him. Good for the kid.” Seems sound enough. Fulop specializes in surgical politics – but he also specializes in getting in brawls, like the one he just had with Sweeney. In the final analysis, on a debate stage in a Democratic Primary, the mayor will be able to argue that he fought for the best bill for North Jersey. Oh, and by the way, the person who’s going to be the next governor needs line support in North Jersey. Flaws? Sure. Plenty. Is Prieto – icing his jaw and still seeing stars – walking around right now thinking Fulop threw him into a heavyweight bout with a knockout artist? You can almost picture Fulop playing the Rod Steiger role in On the Waterfront telling Prieto (in Marlon Brando mode), “It wasn’t your night, kid,” and Prieto “Not my night??” We don’t know. But Fulop – a BlackBerry animal by nature and introverted – as long as he is in this game will always have to work harder than some others at demonstrating sincerity in relationship building. Let’s see how it develops.

A Monmouth University poll this week showed the Senator from Vermont leading former Secretary of State Hillary Clinton by 14 points in early Democratic Primary state New Hampshire. Wiz – an assemblyman from Sayreville – is the only elected official in New Jersey to have endorsed Sanders.

Sweeney really appeared to elbow slam the already kneecapped the mayor of Atlantic City this week, telling NJTV that he likes the guy and had such hopes, but in the end finally, bow tied Don doesn’t get it done for Atlantic City. Of course it’s difficult to choke down an assessment coming out of Trenton. Guardian must be standing there agog. He’s already been all but stripped of local power. But the mayor of a struggling city with hat in hand for money to keep the place propped up doesn’t want to be in the cross hairs. Plus, that takeover bill just absolutely adds to the insult of his already having no hands by rendering him toothless (and yes, kneecapped). Oh, and he’s not getting it done, to boot.

Sheriff Mike Saudino will hold a press conference this afternoon announcing his decision to change parties and become a Democrat in this, his reelection year. Republicans are already running around howling Arlen Specter and Benedict Arnold, but it’s just a bad look. It gives the appearance of a party unraveling in Bergen. Dreadful.

His bill lost and Sweeney’s won. We can hear the voices already coming out of the Statehouse. How dare you! And naturally there will be questions about how the speaker can be a loser while Fulop – who backed the same deep-sixed casino bill – should stand on a winner’s platform. Ok. Prieto was the guy on the ground in the Statehouse. He was that sergeant in the old WWII movie who gets badly wounded while the lieutenant (Fulop) sits back at headquarters plotting the next flanking movement with a map and a snifter of brandy.

There were others who lose here with the passage of the North Jersey casino bill out of committee. Pick a name from South Jersey. Van Drew. Brown. Mazzeo. But Big Jim has been synonymous (more than any other figure in Trenton) with Atlantic City, and the only one from City Hall who made the climb upward to state level politics and who was not smacked down into prison or infirmary garb. He gallantly fought the bill (or bills, including the 11th hour AC takeover) but it wasn’t enough. Maybe the public will see it his way come election time but for now, it’s a loss. 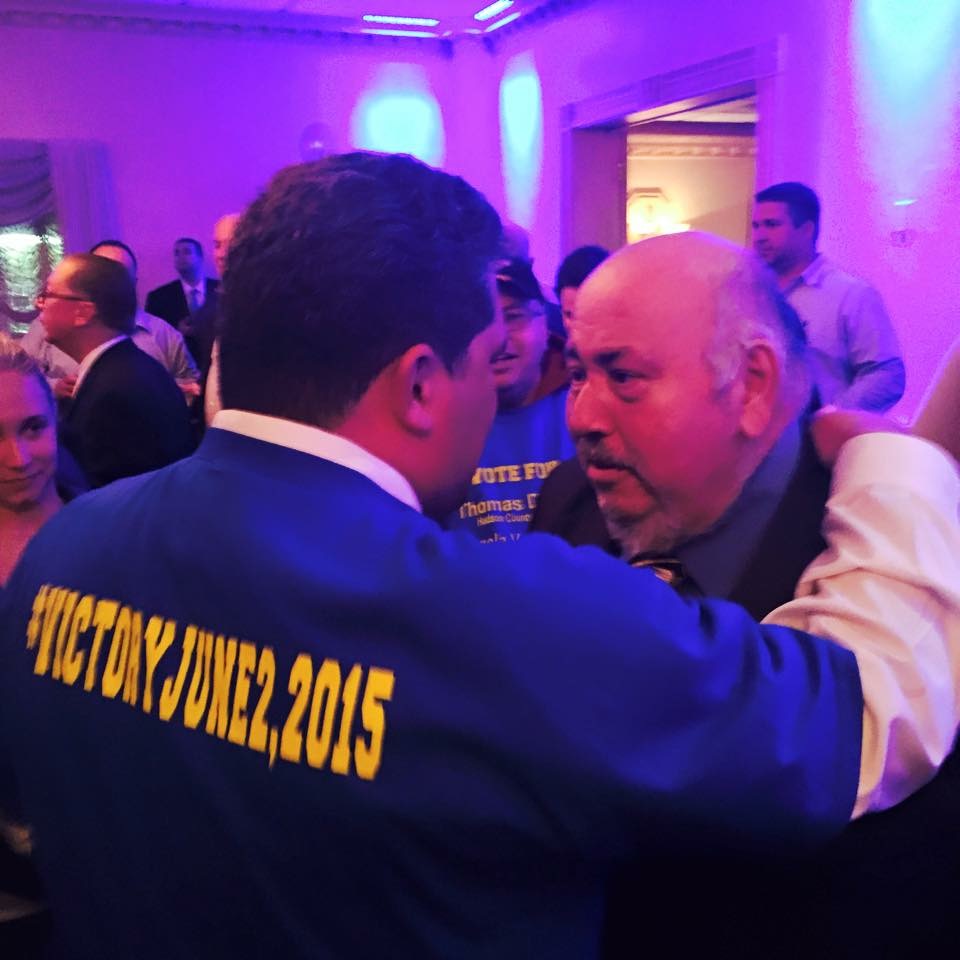