Following his official endorsement of Senator Bernie Sanders (I-VT) for president on Monday, Assemblyman and 2017 gubernatorial candidate John Wisniewski (D-19) told PolitickerNJ that Sanders’ emphasis of economic fairness was what swayed him from endorsing Hillary Clinton, who many expect to carry New Jersey in the primary.

But the question remains whether Wisniewski’s official support for Sanders and his grassroots progressive agenda will carry over to non-establishment candidates at home. Newcomer Alex Law, who was previously the only of New Jersey’s candidates for elected office to endorse Sanders, could see his candidacy become the litmus test for how far Wisniewski is willing to stray from the Democratic establishment.

“I want to associate myself with that message,” said Wisniewski of the presidential endorsement. “When I look at the Democratic field, I see Senator Sanders providing a path to the kind of America that we should have, in which the middle class has a fair shot, in which we provide the kind of quality health care that men and women deserve, that we stop providing corporate welfare at the expense of private citizens.”

Law is mounting a grassroots campaign against U.S. Representative Donald Norcross in the first congressional district, one that has seen a groundswell of support from progressives and the not yet 25-year-old’s sizable social media following. Norcross is the brother of insurance executive George Norcross III, the New Jersey Democratic party’s most influential figure.

Asked about the Law campaign, Wisniewski said that the Sanders connection will not necessarily speak for itself.

On Sanders’ chances, Wisniewski pointed to Sanders’ competitive fundraising totals. His campaign raised $33 million in the last quarter of 2015, neck and neck with Clinton’s $37 million.

Law offered that while an endorsement from Wisniewski could help the campaign, direct appeals to voters will remain the campaign’s main strategy. The two campaigns had not been in touch as of Tuesday afternoon.

“It would probably give us a small boost in fundraising, but the reality is we’re trying to reach rank-and-file voters right here in the first district. And we have our plan in place that even if we don’t get a single other endorsement from now until election day, we’re going to be victorious,” he said. 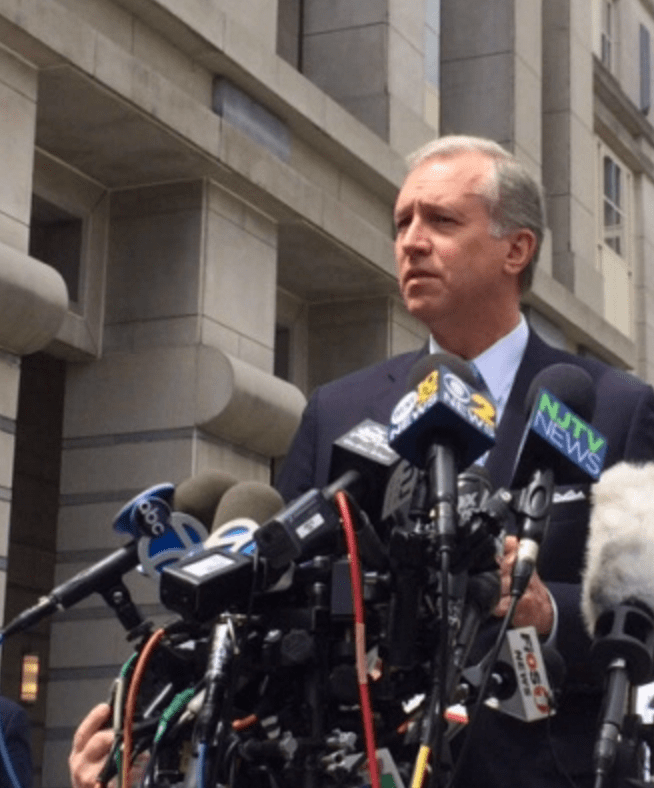