With his endorsement of Senator Bernie Sanders (D-VT) for president this month, assemblyman and long-time progressive leader John Wisniewski (D-19) gave the anti-establishment Sanders a boost in the garden state and claimed additional deep-blue credibility for his own gubernatorial bid in 2017.

With Sanders gaining in the polls against Hillary nationally and a slight advantage in New Hampshire, Wisniewski told PolitickerNJ that although the nomination will likely be decided long before the New Jersey primary, the level of support that he has seen from state chapters of Working Families and Move On speaks to a real hunger for change among New Jerseyans.

“I can tell you anecdotally that the level of support and enthusiasm for Senator Sanders is very high,” Wisniewski said, pointing to the fervor of state progressive groups, teachers, and others who might have voted the Democratic party line in previous cycles. “There are other endorsements that are in the works,” he added.

PoltiickerNJ spoke with the Democratic super-delegate and former state chairman about the ongoing machinations in various state primaries, the demographic considerations that may sway the electorate in choosing Sanders over Clinton, and why he believes a decisive victory for Sanders is assured if not imminent.

Sanders has had a very good last few weeks. What are his chances now, and why has his campaign been so successful?

Senator Sanders started his campaign about a year ago, registering three percent in the polls nationally. Slightly above that in the New England states. And over the past year his message has resonated to the point where the two battleground states that we’re coming up to for the caucus and the primary, Senator Sanders at least by one recent survey in New Hampshire has a commanding lead, and many of the polls in Iowa have him equal, tied, with Hillary. That’s not a result of a constant bombardment of media dollars, that’s because his message has resonated at a grassroots level.

Clinton has a very, very strong record with black and latino communities. Can Sanders compete?

I’ve been at a number of events where I’ve seen the increasing support of the minority community for Senator Sanders so I don’t think it’s a given that Secretary Clinton has a dominating command of any constituency group.

Some have said that after New Hampshire and Iowa, Clinton’s support from voters of color could make the difference in South Carolina and Nevada.

Well campaigns are dynamic things, they’re not static events. People who are asked survey questions are not living in a bubble, so they’re taking in all of the information that’s being talked about about all the candidates, and so those numbers move. I think that as more people have the opportunity to hear Senator Sanders’ message about where we stand as a nation in terms of the disproportionate amount of wealth that is being taken away from the middle class, making it impossible for our families today to live that part of the American dream that had always been accepted as axiomatic, which was: ‘Our children will do better than we do.’

We’re seeing for the first time that the children today may not have the ability to do better than us, and it’s not because of a failure on their part or a failure on their parents’ part. It’s because they’re coming out of college with crippling student loan debts, with reduced opportunities, and therefore the economic promise that my generation enjoyed is not necessarily available to other generations. And that should scare all Americans.

I think it does a disservice to women candidates and women voters to assume that they only vote for women. There are a number of women voters who, for them, having a woman candidate is a very important issue, perhaps the most important issue. Because for them Hillary represents the generation that broke a lot of barriers, and a generation that fought hard for liberating a lot of antiquated notions, that she is the proper standard-bearer to break the glass ceiling of the white house. And there are other voters for whom those are all good point, but have more affinity with the economic message that Senator Sanders talks about. It’s not going to be a dichotomy, if you will, where all of one gender gets all of one type of voter and all of another gets another type.

There are other women voters for whom that’s OK, but that’s not the most important issue. And I think that as the process goes on, voters look at not just one issue. They look at a whole basket of issues.

Do you expect for their policy records to play a bigger role than their respective genders?

Clinton is said to have the advantage in support from Democratic super-delegates like yourself.

The deadline for me and other super-delegates to make a hard commitment is still a month or two away. I don’t think today would represent an accurate count. I think the campaign unfolds, there are a lot of people who are waiting to see the outcome of Iowa and New Hampshire. In December, there were ,many people who would have said that the race is over, that secretary Clinton had a commanding lead and that there was no reason to make their opinion known. It was a done deal. Now, individuals are looking at it and saying that may not be the case.

With the early primaries so close, is the campaign expecting a turning point soon?

I think it will turn in Senator Sanders’ favor and that he will be the nominee. I would not even say that Iowa or New Hampshire is the turning point. To paraphrase Winston Churchill, ‘It may not be the beginning of the end but it may be the end of the beginning.’ 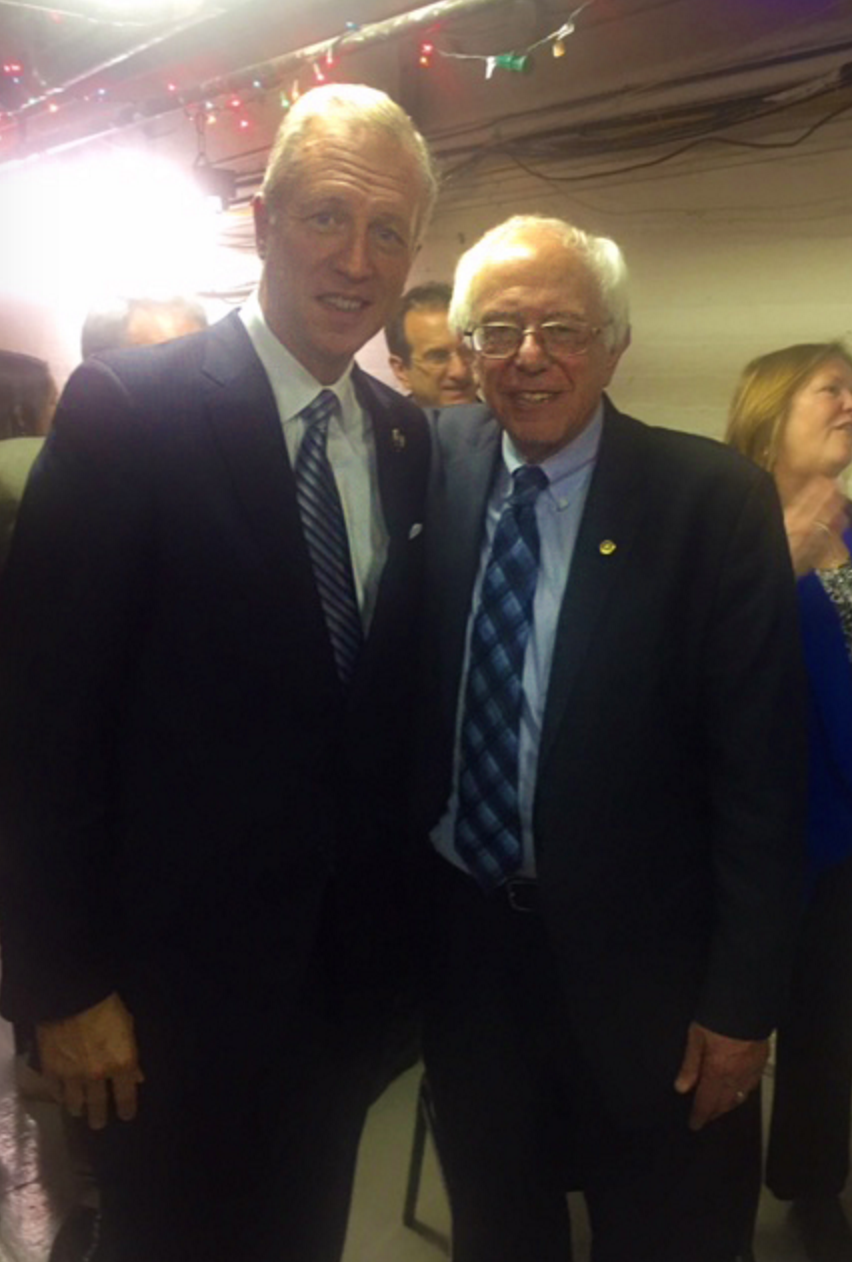