Previous versions of the installation featured a single row of trees hanging beneath the BQE along Metropolitan Avenue in Williamsburg. However, according to the artist, the unauthorized project was promptly torn down after the city discovered it in the abandoned area. The latest reincarnation of “Suspended Forest,” which was assembled a few days ago, has taken over the 50,000 foot Knockdown Center in Maspeth, Queens. The space is filled with 40 trees which Mr. Neff told the Observer took him just a day and a half to install with the help of several helpers and some twine.

A graduate of The Rhode Island School of Design and the Editor of NSFW Magazine, Mr. Neff said he hoped the project will elevate things that might be overlooked. “The idea is that viewers will take a moment they might not otherwise have thought about,” he said, adding that he has often questioned whether people even really take a look at their Christmas trees.

The project, which Mr. Neff claims smells pretty great, will remain at the Knockdown Center through the month of January, though he also plans on reprising “Suspended Forest” in the future in New York and across the country.

Suspended Forest is on view January 9 through January 31, Saturdays and Sundays, between 2-6pm. 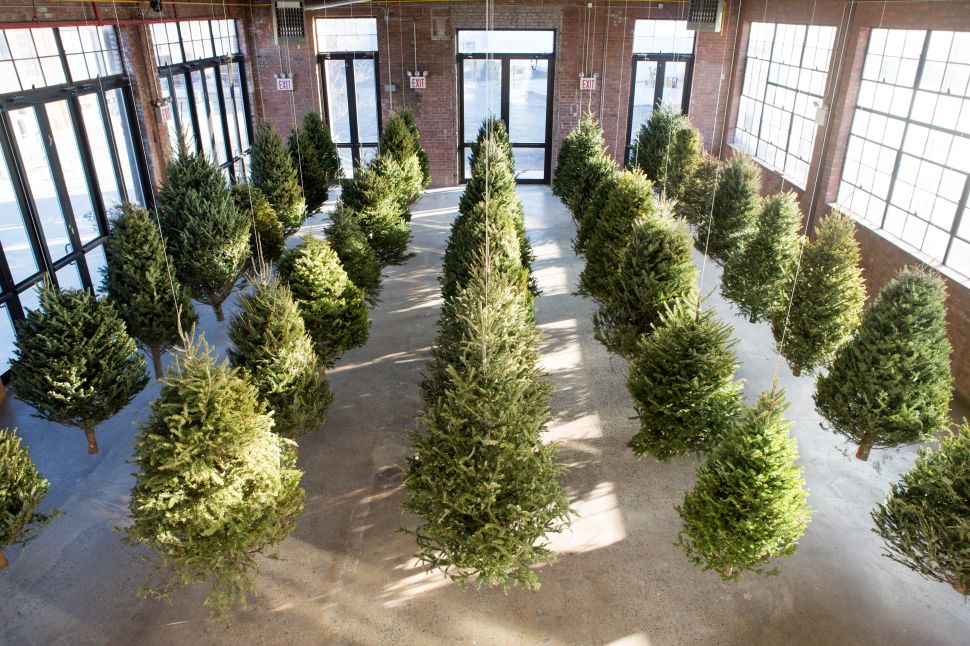