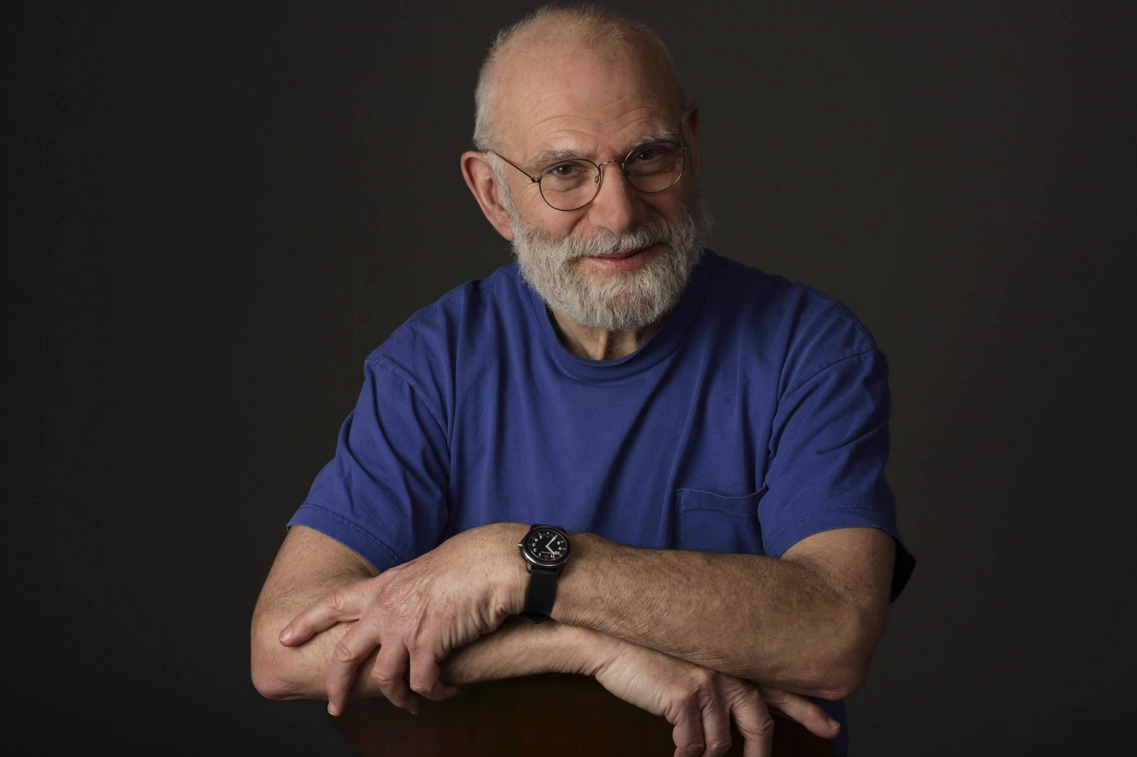 The great British neurologist Oliver Sacks felt he could learn more from patients than he could from any book, but that’s not to say he didn’t love to read. From a young age, the late scientist and writer read widely and voraciously and was inspired by books of all kinds—it’s why he opted for colorful stories as a medium for detailing his scientific findings.

Sacks especially loved biographies of great scientists as well as philosophy and poetry, and in his own autobiography and other writings from his lifetime, he discussed the many books that found a special place in his heart. Recently, Maria Popova of BrainPickings teamed up with Kate Edgar, who spearheads The Oliver Sacks Foundation, to forage his writings and compile a list of the books that informed and inspired him.

Among them are some staples and classics like Ulysses, Autobiographical Sketch, Brave New World, Great Expectations, Moby Dick and The Oxford English Dictionary, but there are many, many more across all genres. In total, the list includes 121 books. Here are 10 of them, along with his reflections on the different works.

This biography details the life and scientific achievements of Marie Sklodowska Curie, the first woman scientist to win worldwide acclaim. It spotlights her childhood in Poland, storybook Parisian marriage to fellow scientist Pierre Curie, her pioneering efforts in the study of radioactivity, her two Nobel Prizes in Physics and Chemistry and her tragic death from the very radium that brought her fame.

Eve Curie’s biography of her mother—which my own mother gave me when I was ten — was the first portrait of a scientist I ever read, and one that deeply impressed me. It was no dry recital of a life’s achievements, but full of evocative, poignant images — Marie Curie plunging her hands into the sacks of pitchblende residue, still mixed with pine needles from the Joachimsthal mine; inhaling acid fumes as she stood amid vast steaming vats and crucibles, stirring them with an iron rod almost as big as herself; transforming the huge, tarry masses to tall vessels of colorless solutions, more and more radioactive, and steadily concentrating these, in turn, in her drafty shed, with dust and grit continually getting into the solutions and undoing the endless work—Sacks 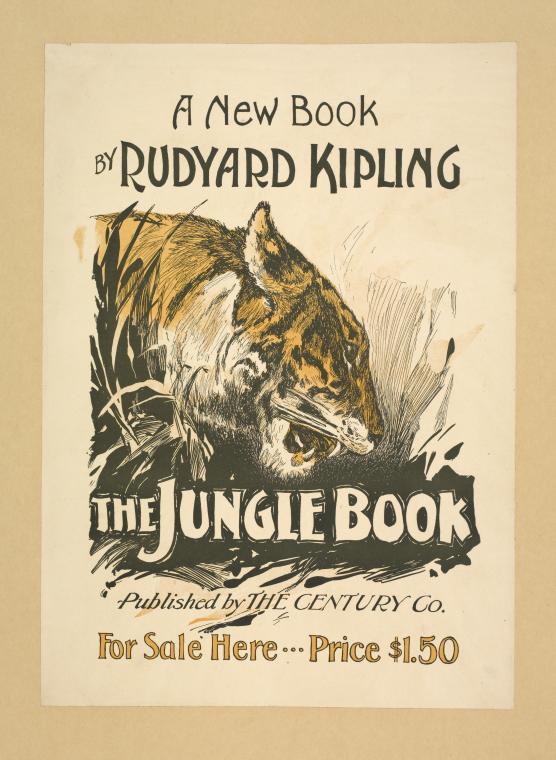 2. The Jungle Book by Rudyard Kipling

It’s the classic collection of animal fables that eventually made it to the Disney big screen.

A gentle founding myth that pleased my romantic side—Sacks

Clive Wearing is one of the most famous and extreme cases of amnesia ever known. This is the story of how the English musician became crippled by total amnesia, and the wife who tried to find a cure, then ran away to start her life over, and finally came back to him.

When I asked Deborah whether Clive [Wearing’s amnesiac husband] knew about her memoir, she told me that she had shown it to him twice before, but that he had instantly forgotten. I had my own heavily annotated copy with me, and asked Deborah to show it to him again.

“You’ve written a book!” he cried, astonished. “Well done! Congratulations!” He peered at the cover. “All by you? Good heavens!” Excited, he jumped for joy. Deborah showed him the dedication page (“For my Clive”). “Dedicated to me?” He hugged her. This scene was repeated several times within a few minutes, with almost exactly the same astonishment, the same expressions of delight and joy each time.

Clive and Deborah are still very much in love with each other, despite his amnesia (indeed, the [first edition] subtitle of Deborah’s book is A Memoir of Love and Amnesia). He greeted her several times as if she had just arrived. It must be an extraordinary situation, I thought, both maddening and flattering, to be seen always as new, as a gift, a blessing.

[It is] a remarkable book, so tender, yet so tough-minded and realistic—Sacks

4.  The Sense of Movement by Thom Gunn

This is a collection of poetry written in heroic verse that makes up half of a book. My Sad Captains, the second part, was published four years later.

Thom Gunn has written powerfully of the “occasions” of poetry. Science has its occasions no less than art: sometimes a dream-metaphor, like Kekulé’s snakes; sometimes an analogy, like Newton’s apple; sometimes a literal event, the thing-in-itself, which suddenly explodes into unimagined significance, like Archimedes’s “Eureka!” in his bath. Every such occasion is a eureka or epiphany—Sacks 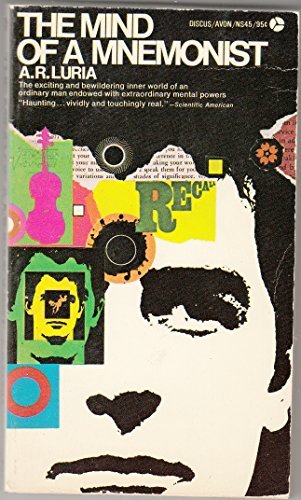 5. The Mind of the Mnemonist: A Little Book About a Vast Memory by A.R. Luria

It’s a book about S, a newspaper reporter whose memory was uniquely and astoundingly retentive, who the author studied for 30 years. It started after S went to see Luria because he had been told he has an “unusual” memory.  Luria gave him very long strings of words, numbers and even nonsense syllables and could not detect any limit to his ability to recall them, generally without mistake, even years later.

The greatest neurological treasure of our time, for both thought and case description, is the works of A.R. Luria—Sacks

This textbook had special meaning for Sacks.

A workhorse of a book — straight, uninspired, pedestrian in tone, designed as a practical manual, but nevertheless, for me, filled with wonders. Inside its cover, corroded, discolored, and stained (for it had done time in the lab in its day), it bore the words “Best wishes and congratulations 21/1/1 — Mick” — it had been given to my mother on her eighteenth birthday by her twenty-five-year-old brother Mick, already a research chemist himself. Uncle Mick, a younger brother of Dave, had gone to South Africa with his brothers, and then worked in a tin mine on his return. He loved tin, I was told, as much as Uncle Dave loved tungsten, and he was sometimes referred to in the family as Uncle Tin. I never knew Uncle Mick, for he died of a malignancy the year I was born — he was only forty-five — a victim, his family thought, of the high levels of radioactivity in the uranium mines in Africa. But my mother had been very close to him, and his memory and image stayed vividly in her mind. The notion that this was my mother’s own chemistry book, and of the never-known, young chemist uncle who gave it to her, made the book especially precious to me—Sacks

7. The Chemistry of Common Life by J.F.W. Johnston

It’s a book about the chemical and physiological wonders that make up man.

Very different in style and content, though equally designed to awake the sense of wonder (“The common life of man is full of Wonders, Chemical and Physiological. Most of us pass through this life without seeing or being sensible of them …”)—Sacks

8. The Interpretation of Radium  by Frederick Soddy

The thinking in this book is not confined to the physical sciences, but instead has a wide outlook on nature.

Soddy’s book The Interpretation of Radium in the last year of the war, and I was enraptured by his vision of endless energy, endless light. Soddy’s heady words gave me a sense of the intoxication, the sense of power and redemption, that had attended the discovery of radium and radioactivity at the start of the century.

But side by side with this, Soddy voiced the dark possibilities, too. These indeed had been in his mind almost from the start, and, as early as 1903, he had spoken of the earth as “a storehouse stuffed with explosives, inconceivably more powerful than any we know of.” This note was frequently sounded in The Interpretation of Radium, and it was Soddy’s powerful vision that inspired H.G. Wells to go back to his early science-fiction style and publish, in 1914, The World Set Free (Wells actually dedicated his book to The Interpretation of Radium)—Sacks

9.  The Stars in Their Courses by James Jeans

This book is an introduction to astronomy and the wonders of the universe brought to us by the technology of the telescope. It’s illustrated with many photographs and was especially written for readers with no previous scientific knowledge.

Auntie Len had given me [this book] for my tenth birthday, and I had been intoxicated by the imaginary journey Jeans described into the heart of the sun, and his casual mention that the sun contained platinum and silver and lead, most of the elements we have on earth—Sacks

10. The Fractal Geometry of Nature by Benoit Mandelbrot

Together with its earlier editions and revision, this book is considered one of the 10 most influential scientific essays of the 20th century.

When I first found that my patients’ reactions to L-DOPA were becoming erratic and unpredictable — that what had been clear was clear no longer, that something strange and unintelligible was gradually taking over — I felt fear, guilt, and a sort of revulsion.

This attitude changed when I first read Prigogine and gained the sense that there could be a hidden order, a new sort of order, in the midst of disorder. A most vivid sense of this new order – new, but also old, because it is the order of trees, of landscapes, of innumerable natural features — was given to me, visually, when I saw Mandelbrot’s book—Sacks 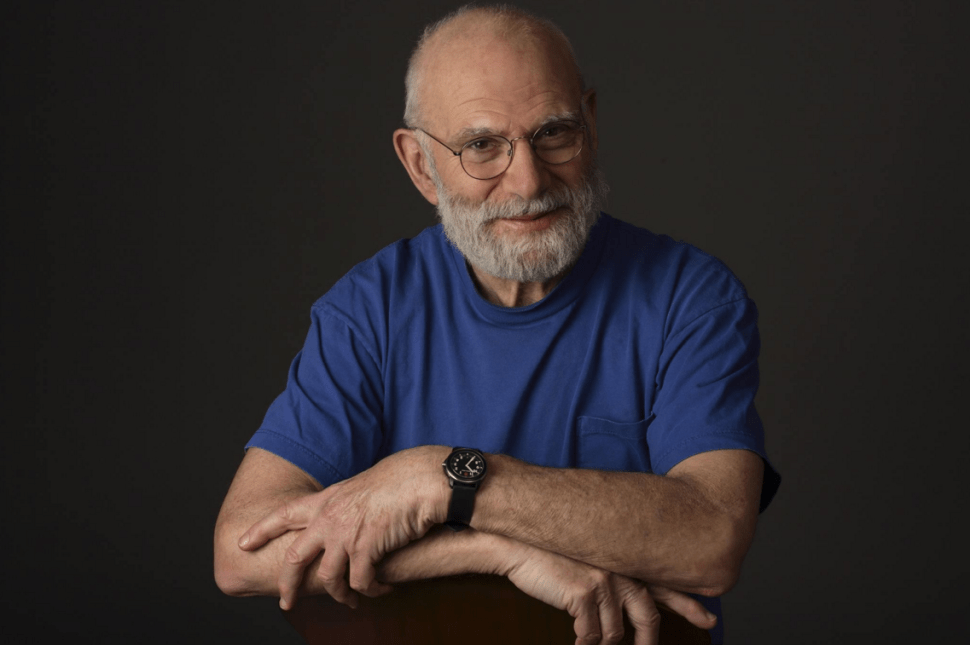