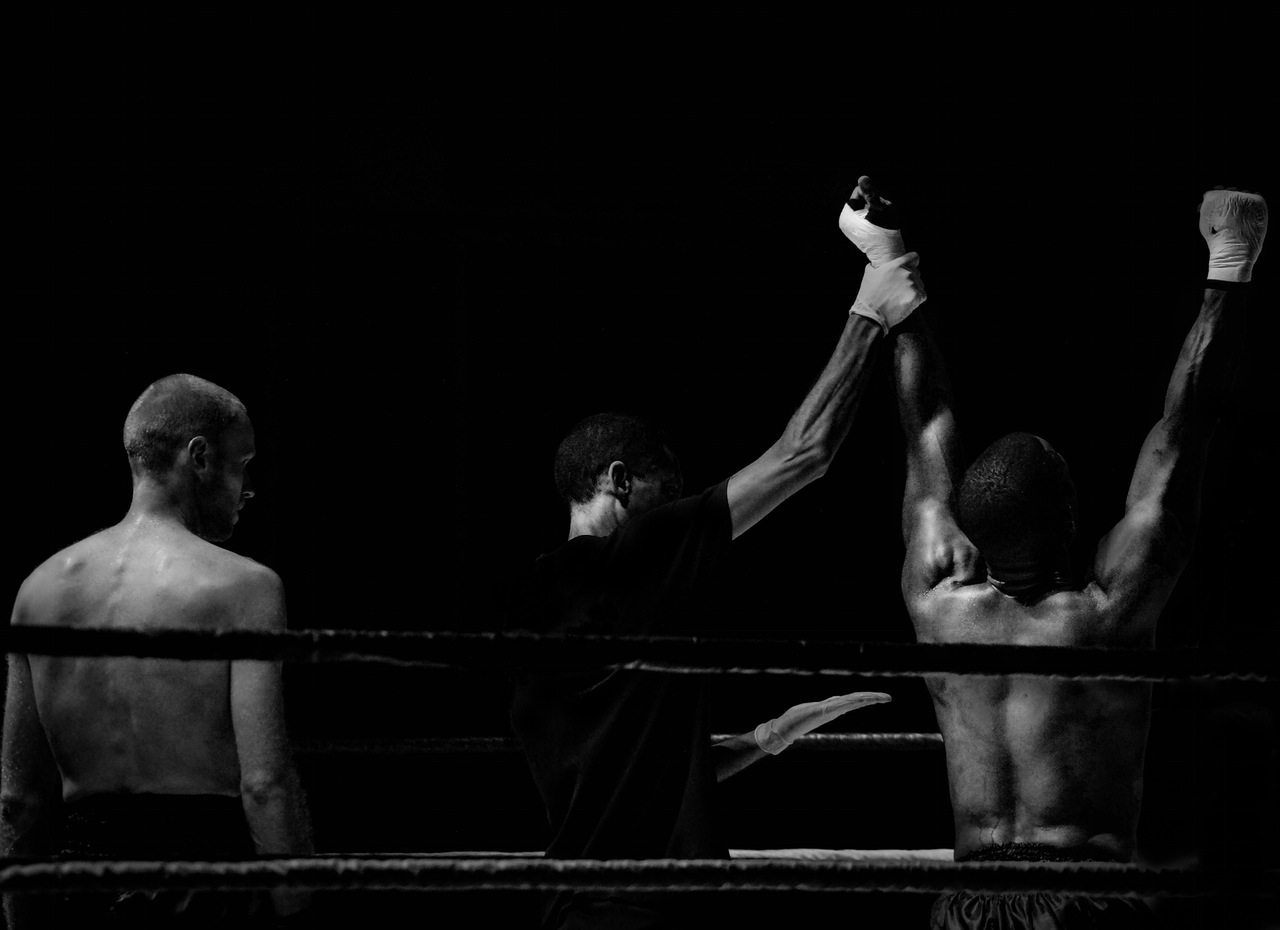 Do you really think you’ll be successful if you simply copy other people’s habits? If that was the case, success would be easy.

I never met a successful person until I was 24. I grew up in a working-class family—I was more frequently around people who were the opposite.

The first successful person I met was an entrepreneur in his forties. When I started my first real business, he was one of my first clients. When I met him, he was slightly overweight, had more money than he could count, and was merry all the time.

But he also lost his wife, the love his life, a half decade before. We became friends. He told me that he never got over it. Even though he experienced tragedy — he still had a positive outlook on life and did good things.

He truly cared about others. I have to be honest, my first business wasn’t great, but he still gave me a chance to do business with him.

He always said, “I just try to avoid being unsuccessful.” That is the number one thing I learned from him. He said that you should study what makes you unsuccessful, unhappy, broke, fat, stupid. Then, eliminate those things out of your life.

To this day, I still live by that advice. I like his concept of trying not to beunsuccessful. Because what is success? The second best definition that I’ve found comes from Bob Dylan, my favorite musician of all time.

“A man is a success if he gets up in the morning and gets to bed at night, and in between he does what he wants to do.” – Bob Dylan

You’ve probably read articles that discuss the habits of successful people. The problem with those types of articles is that they give you conditional promises.

“Eat three eggs with bacon, wash your hair with soybeans, do ten push-ups, and do your daily affirmations, AT THE SAME TIME.”

We have to let go of the “if I do x, I’ll be successful or happy” way of thinking.

Do you have three or more? You might want to change — because one thing is sure: No one wants to be unsuccessful.

1. They Are Always Distracted

Essentialism by Greg McKeown is one of my favorite books. McKeown shares the story of when he met his former classmate, years after graduating.

He told McKeown that he was in between jobs and asked if McKeown could help him. Twenty seconds into the conversation the guy got a text and started looking down to his phone and started responding.

McKeown says: “Ten seconds went by. Then twenty. I simply stood there as he continued to text away furiously.” After 2 minutes he gave up and walked away from the obsessive texter.

Don’t live your life in the future or past, lost in thoughts and worry. If that guy from the example was present, he might have got an awesome job recommendation from Greg McKeown.

2. They Only Talk The Talk

You know what’s better than talking about something? Doing it.

In 2010, Derek Sivers gave a TED talk called Keep your goals to yourself, where he presented scientific evidence that talking about your goals is counterproductive.

We see it all the time in real life and on social media: “I’m training for a marathon.” “I’m starting a business.”

The crazy thing is how people react. They applaud you for announcing something. Let’s pause for a second: Saying you want to run a marathon and actually running a marathon are two different things, right?

In your brain, those things are actually not that far apart. Derek Sivers says:

“When you tell someone your goal and they acknowledge it, psychologists have found that it’s called a “social reality.” The mind is kind of tricked into feeling that it’s already done. And then because you’ve felt that satisfaction, you’re less motivated to do the actual hard work necessary.”

Be someone that does things, not someone who talks about things.

3. They Spend Time With Losers

Spend enough time with losers, and you’ll become one. Apply this analogy to any type of person.

Do you want to get fit? Hang out with fit people. People feed off each other’s energy.

They especially hate people that are doing well. Why can’t you be happy for other people? Don’t worry, you won’t be a Pollyanna. You can still be cool and be positive.

Give people some love, it won’t kill you. They even hate things that just ‘are’. “Ugh, it rained this morning, and my hair got all messed up. I hate rain.” C’mon, really?

Having a bad day is ok—everyone get’s irritable once in a while. But if you always hate everything, you’ll have a bad life.

What’s the benefit of putting things off? I once asked my college professor to extend a deadline for an essay.

He said: “I’m perfectly happy to extend your deadline by a week. The only thing I’m asking you is, ‘will your essay be better if you hand it in a week from now?’ ”

My answer was “no”, so I worked my ass off to finish it on time. Only delay things when you’ll do a better job later.

What’s the point of delaying something if you get the same outcome? Do it now, or do it better later.

6. They Don’t Listen To Others

Unsuccessful people only love themselves. To be honest, we all love ourselves, but if you’re unsuccessful, you ONLY love yourself.

We listen to others because we care about them. How else can you show you care? Everyone can give a hug, but not everybody calls you just to ask “How are you?” Ask, listen, care, repeat.

Never feel like doing anything? We’ve all be there: Not feeling like going to dinner with your partner, or not feeling like buying an awesome present for your mother’s birthday. Let’s face it, it’s all because we’re lazy.

Be a sport and get off your couch — participate with your family, friends, partner. The beauty of life lies in new and novel experiences.

When you’re lazy, you don’t even give yourself a chance to experience new things. It’s also not fair to the people in your life.

Learning is one of the most difficult things in the world. It’s not a surprise that many people never read a book, never finish school, or never learn from their mistakes. Learning is a struggle.

But think about it: We live in the most exciting time in history for learners. The access to information has never been this easy. In the past, if your dad was a farmer, you became a farmer. Things were like that.

Now, you can be anything you wish — you just need to learn how to do it.

9. They Are Not Nice

Somehow, people think it’s cool to be a jerk. Honestly, it’s way cooler to be nice. You don’t have to be a Buddhist Monk or anything, just be a nice person.

Try it some time, you might make a few new friends. And if you have difficulty defining what a ‘nice person’ is, you’re likely a jerk.

I saved the worst for last. If there’s one thing you take away from this article, I hope it’s this:

“Our greatest weakness lies in giving up. The most certain way to succeed is always to try just one more time.” — Thomas A. Edison

There’s nothing I can add to that. Actually, there is: Never Give Up.

Darius Foroux is the author of Massive Life Success and founder of Procrastinate Zero. He writes at DariusForoux.com, where he uses tested methods and frameworks to share ideas for overcoming procrastination, improving productivity, and achieving more. Join his free newsletter. This article was originally published on dariusforoux.com. 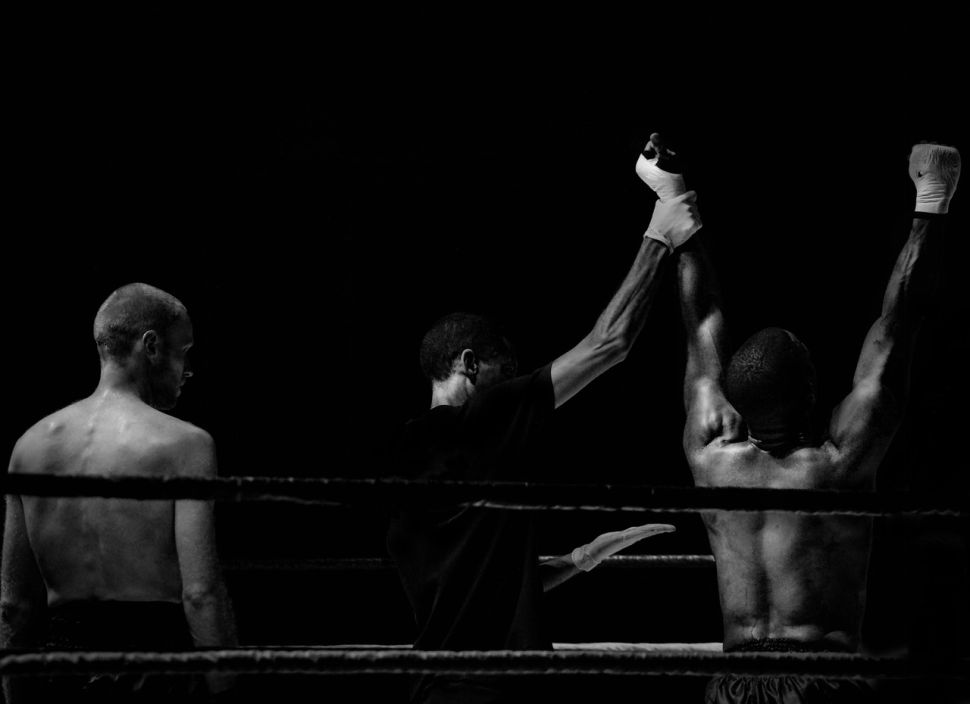