Vinnie: So, Drew, question: Why is 11.22.63 so funny to me? True, “James Franco travels back in time to stop the JFK assassination” does sound like it should be preceded by “from the guys who brought you The Interview!” But this is Stephen King, and there’s nothing technically wrong with Hulu’s adaptation. Actually, everything tonally, narratively, and aesthetically about this show ranges from good to great to very occasionally superb. So why, why, why is it also filled with so many little weird things moment to moment that I just can’t stop laughing at? Why is it so fucking funny that in the premiere, when a strange, clearly deranged elderly man with mysterious, rapidly developing cancer basically forces Franco’s Jake Epping into a dark closet, Jake’s first thought is “There better not be cobwebs in here!” Ha? Hahahaha? This high-school-English-teaching motherf*cker should focus more on not getting murdered next to a bunch of frozen diner meat and less about getting a spider-web in his shitty goatee.

Drew: I would say it’s because James Franco’s celebrity outshines his performance (art) at this point. Like oh yeah, he just HAD to be a teacher. And not just any teacher, but a teacher who memorizes his adult literacy class assignments. Seriously. That Halloween story was fine, but it was no “The building is beige, but the shadows make it shadow-color.”

And as Liana pointed out in her Social Download column this week, most of the issue here is just James Franco’s ridiculous face. He’s just never NOT eating that pie from Spider-Man 3, as far as I’m concerned.

Vinnie: It kind of reminds of the reason I find a lot–MOST–of Stephen King’s novels distractingly funny. Yes, 11.22.63 was developed for TV by Parenthood exec-producer Bridget Carpenter, but it has all King’s soul. Dude might be a genius, and 9 times out of ten has a solid premise, but his actual writing style is so “everyman slang,” and that doesn’t work all the time. Like, I just read On Writing during a plane ride, and in between some borderline life-changing advice it was “caca shit ass farts don’t use adverbs.” And I’m like “haha what are you even doing, Stephen King? Oh, so much cocaine.”

Drew: NO HE WAS DONE COCAINE BY THAT POINT, VINNIE! AND THAT ADVERB ADVICE IS SOLID.

On the other hand, it’s weird how out of sync Stephen King can seem with his OWN time period. Like in the pilot, when Chris Cooper gives him the book of all the sports stats, and James Franco isn’t immediately like “Oh, you want me to Old Biff it?” Because how can someone of his generation not reference Back to the Future II?

Vinnie: But anyway, that is exactly how I feel about 11.22.63, which basically means this recap will now devolve into a list of the times I laughed out loud in between what I think might be a pretty serviceable TV series. For example:

The fact that Frank Dunning (Josh Duhamel), future-murderer of his entire family, spends his weekends casually murdering cows with his buddies. How on the nose is it that a man who eventually beats his family to death with a hammer makes late-night fun-times out of hitting cows…..on the nose. And what, pray tell, is Jake’s plan here? Do you really need to gather intel on someone you already know commits murder in the future? It’s like going back and time and coming back like: “I’m starting to get weird vibes from this Charles Manson fella, but he did say I was funny and I think he was impressed when I quoted Agee. Better hang out again and see for sure.”

Drew: Wait what about how Jake already knows Frank Dunning has sent men to KILL HIM? And he only escaped because of that Icona Pop parakeet? And this time, he doesn’t even have his iPhone anymore?! Which honestly, was a ridiculous call. Get your fucking iPhone back, dude. It might come in handy!

One thing the book did that this show veers away from–and I get why, to keep the narrative moving forward at brisk pace–is having Jake make all these mistakes, go back to the present and “erase” them by going right back into the closet again. Like maybe he should have gone back and made a smaller bet? Get another copy of those JFK records? Get back your iPhone and just record that one dude having a dinner conversation? I dunno. I’m not time scientist. But come on, dude. You know the rules. By the SECOND TIME Jake got into Frank’s car this episode, I wanted to be like “You know these are still Inception rules, right?” You die in the past, you’re dead.

Vinnie: I also loved when Frank asks what Jake’s going to name his book, and quick-thinkin’ Jake’s answer is “Halloweentown.” I would actually take back any negative thing I’ve said about this show if Frank stops the assassination of JFK, returns to the present day, and finds that the single thing that has changed is now James Franco wrote the 1998 Disney Channel Original Movie Halloweentown.

Drew: Now that would be a baller Biff move. Like maybe he renamed Hollywood HalloweenTown and everyone has to dress like Shia LaBeouf with a bag over their head at all times, unless they want to be picked up by the Franco Force?

Vinnie: I should mention my frustration at the fact that, out of all those comic books on the wrack behind young Harry Dunning, only the Wonder Woman cover was from October, 1960. Batman was April’s cover, and The Flash was May, as was Superman. This is a glaring, scene-ruining error that in no way would only be pointed out by assholes, and Hulu should think about correcting it through CGI immediately.

Vinnie: So, in any time-travel story, said time-traveller should learn the rules slowly and unsteadily, because come on, no-one flies back 40 years and adapts immediately. But….hoooly wow how did Frank possibly think he’d get away with offering Frank’s wife that “all-inclusive vacation?” This weird, sentient timeline drove a damn car into a payphone just because Jake made a phone call. The past is literally making Jake shit his pants in order to stop him interfering. This plan would be ludicrous even this woman’s husband wasn’t an alcoholic cow-smasher at best and wife-beating murderer at worst. But he IS. So maybe, after you secretly gave his wife a free vacation, if this dude shows up at your door asking if you like steak you become a vegetarian very, very quickly.

Drew: I do like the line “If you fuck with the past, the past fucks with you right back.” So far, that’s the creepiest–and most effective–part of the show: seeing the great lengths the Sentient Timeline (which seems to be a brother of the Sentient Death that stalks you if you cheat it in the Final Destination franchise) will try to keep you from altering it.

Honestly, we’ve all been so trained by popular media to believe in the Butterfly Effect (so named because of the time a butterfly beat its wings in China and it lead to Ashton Kutcher making a movie with Foggy from Daredevil), that it’s kind of cool to think that the past isn’t malleable at all. That the past wants to stay the past and not get fucked with. That it would course correct for a stupid butterfly, or an even stupider James Franco.

Then again, it didn’t seem so hard to kill Frank Dunning after all, so…maybe the past just talks a big game. Too bad they don’t know who they’re dealing with!

One last thought: Why does Jake HAVE to find out who murdered JFK? I mean, that was kind of that old guy’s obsession. What the fuck does Jake care? I mean, I know he was SUPER AFFECTED by the really long-winded World War II story his landlord told him (snooze, grandpa!), but his main takeaway from that was “Murder is brave,” not “War is terrible.” Because JFK, um, kind of got us involved in Vietnam? So…maybe he should murder JFK? Didn’t Nixon END Vietnam? Cool, so: kill JFK, fuck Nixon, and marry that Icona Pop Parakeet. That’s what I’d do.

Vinnie: Here’s the thing with that– this could all be trial and error, couldn’t it, because everything resets if you go through the time-closet-whatever-the-heck? I know you mentioned the book goes into more detail, but isn’t the reset a HUGE thing to ignore? You could technically try everything! Just blow Lee Harvey Oswald’s head off in 1960, return to the future like “Oh shit all giraffes drive cars now!” or whatever, and head back to try again. Hell, if it resets to the same point every time, why not have a little fun with it? I’d abuse that reset three times at the very least before I got serious about fixing the world. Just, like, replace all those 1960s comic books with the weird Frank Miller Batman that called Robin retarded and see what happens. Casually invent coding. Find the great grandfather of someone who called me a nerd in 2016 and kick him in the nuts. Just some examples. Doesn’t matter! RESET! 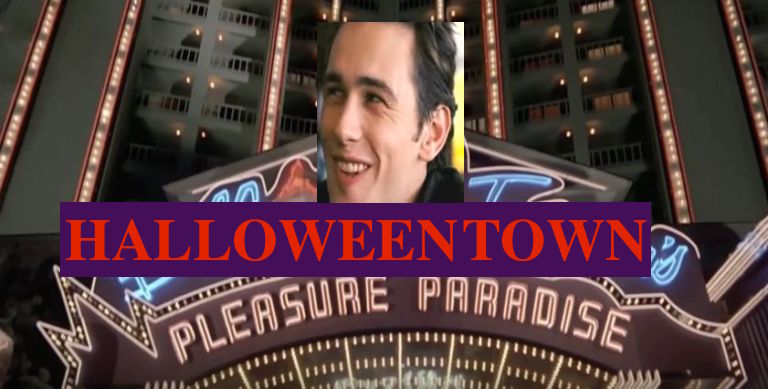