The Smithsonian’s museum of design, the Cooper-Hewitt, on the Upper East Side of Manhattan, offers all of its visitors a connected pen to use as they make their way through the collection. The pen was created in collaboration with the interactive design agency Local Projects, and it has done a remarkable job of connecting visitors with the institution, according to new numbers provided to the Observer. There were two goals in creating the museum’s pen, the firm’s principal, Jake Barton, said: “One is practical, operations-based, and the other is capturing inspiration of the visitor experience.”

The pen allows visitors to do, broadly speaking, two things. First, it lets them “collect” objects digitally (that’s the practical use case). Any object or design they encounter at the museum can be saved in the pen, by touching it to the object’s label. Second, the museum has two spaces in which visitors can create designs based on digitized objects in the collection (the inspiration use case), which the pen also saves. By visiting a unique URL printed on their visitor ticket, guests can retrieve all the objects they collected online. More detail on Fast Company, from just after the pen’s unveiling, in late 2014.

New statistics the Smithsonian provided in a letter to the Observer show the pen has done a remarkable job of fostering an ongoing connection between visitors and the museum. From August 11, 2015 to February 3, 2016, an estimated 20 percent of the pen’s users returned to the Cooper-Hewitt website to check out what they’d collected, and 99 percent of the museum’s 74,265 visitors accepted the pen when offered.

Engagement is the currency of interactive technology, and the Cooper-Hewitt pen is rolling in it. The Smithsonian did offer one note of caution about its success rate with visitors returning to its website. In a letter from Jessica Sanet, of the general counsel’s office, it explained that post-visit retrieval rates may be amplified by visitors who share objects collected using the pen on social media. “Cooper Hewitt technical staff are working to build in a better tracking system for this point,” she wrote.

Still, how many museums have any way at all of knowing how much of their web traffic followed a real life encounter? Therein lies the power of this new concept.

“Anecdotally, I’ve had dozens of people thank us for creating a system where they can collect what they needed without having to take pictures with their cell phones,” Mr. Barton said, “And the museum is a more social space for it.” It’s worth noting here that the museum was always meant to be a working collection, a reference space for designers, though it also wants to help non-designers better appreciate the discipline.

Mr. Barton described seeing visitors conversing both about what they were collecting and what they were making. The Cooper-Hewitt gives visitors two opportunities to become designers. First, the museum has digital tables that allows visitors to call up digital objects and play with them.

Second, there is an immersion room (check it out) where visitors can throw digitized objects from the collection up onto a projected wall, while also using the pen to modify those designs, remix them or adapt them.

During an early press tour of the space, Mr. Barton described the museum’s wallpaper curator getting a little lost in his own wallpaper collection. It was the first time he was able to see the swatches he’d collected shown at scale, repeating, on an actual wall—the way wallpaper is meant to be seen.

The Smithsonian reported that visitors from August to February had collected 1.8 million objects and saved 57,046 designs that they had created themselves.

Additionally, the pen’s numbers are improving. Over the museum’s first five months with the device, 94 percent of visitors accepted the pen, but now that number is up to just shy of everyone. Over that first period, 26.7 percent of visitors who took the pen didn’t use it to collect anything, but that number has since come down to 23 percent.

Mr. Barton believes strongly that giving visitors a way to exercise their own creativity in the space, while interacting with the collection, democratizes design, which expands the museum’s audience. His firm has worked several major museums, including the National Building Museum, the New York Hall of Science and the 9/11 Memorial Museum.

He said, “Coming up with ways museums can connect with all different types of people is a critical way to expand audience and become more relevant.” 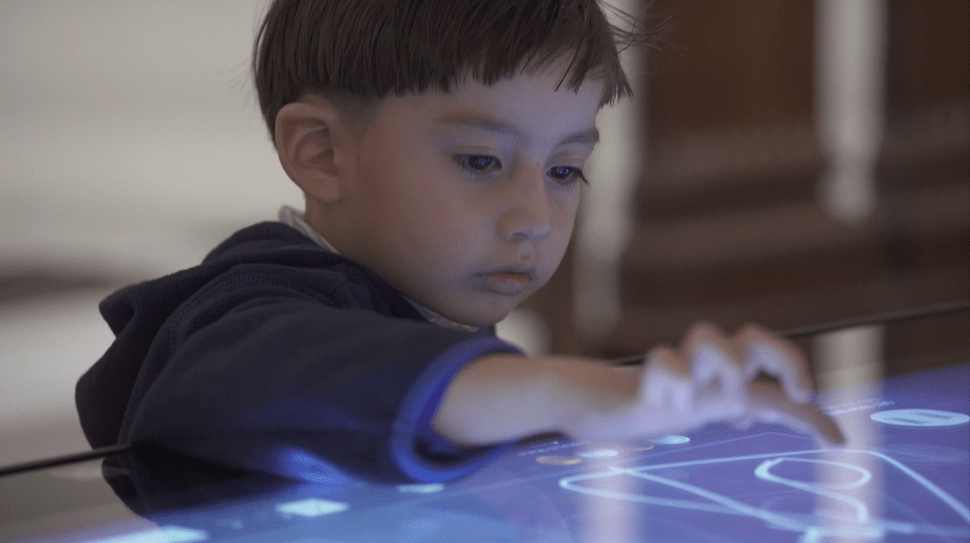