Hillary Clinton’s emails have yet again become the center of scrutiny, and the last thing Democrats should do is dismiss the controversy as part of a conservative campaign to smear her candidacy.

Ms. Clinton managed to delay release of the majority of her emails for a month; after the New Hampshire, Nevada and South Carolina primaries, and the day before Super Tuesday, she used winter storm Jonas as just one of her excuses. Last May, a Freedom of Information Act lawsuit filed by Jason Leopold, a senior investigative reporter at Vice, resulted in a federal judge ordering the U.S. State Department to stick to a monthly release schedule of the emails. After misplacing 7,000 pages of documents from Ms. Clinton’s server, the State Department succeeded in biding more time for their disclosure.

“The final batch of emails are expected to contain some of the most important details about the Democratic presidential candidate’s work during the waning days of her tenure as the nation’s top diplomat,” wrote Mr. Leopold.

By the time her emails are furnished, Ms. Clinton could have already sealed the Democratic presidential nomination, which would make anything illegal not just Ms. Clinton’s problem, but a major issue for the entire Democratic Party.

In March 2015, The New York Times first uncovered that Ms. Clinton used a private email account for official government business while serving as Secretary of State. Although her use of a private server wasn’t illegal, her failure to disclose the private server and have those emails properly vetted for classified intelligence has led to the probes. To date, more than 1,200 of Ms. Clinton’s e-mails have been retroactively classified.

‘The FBI director would like to indict both Huma and Hillary as we speak. I think he’s in a position where he’s being forced to triple-time make a case what would otherwise be, what they call, a slam dunk.’

In a letter to congress on January 14, the Inspector General of the Intelligence Community, Charles McCullough, alleged he received two sworn declarations from agencies in the intelligence community who reviewed Ms. Clinton’s emails, stating several dozens of them were classified as Confidential, Secret, and Top Secret/SAP.

Then, a new batch of emails were released—containing 11 top secret messages—and, for the first time, the State Department formally designated 22 of Ms. Clinton’s emails as top secret.

Ms. Clinton is in damage control, but has yet to provide an honest, thorough answer regarding her emails. During the CNN Democratic Forum on January 25, moderator Chris Cuomo asked her about criticism from The Des Moines Register. “They said, and you know this, but for the audience, in 2008, ‘When she makes a mistake, she should just say so.’ This weekend they said that’s a lesson that you have not learned. Yes, you apologized, but only when you needed to, not when you first could have. Fair criticism?” asked Mr. Cuomo.

Ms. Clinton responded first by citing her endorsement from the newspaper (hardly surprising given her cozy relationship with Wall Street and the publisher David Chivers’ experience working for Dow Jones). She then admitted it was fair. “You know I had no intention of doing anything other than having a convenient way of communicating, and it turned out not to be so convenient,” she said. “So again, we’ve answered every question and we will continue to do so. But, you know—maybe being faster, trying to scramble around to find out what all of this means, I probably should have done that quicker.”

Ms. Clinton plays off the probes as a non-issue, while simultaneously admitting she should not have used a private server. She issued an apology in a September 2015 interview with ABC News, but maintains her use of the server was legal. Her inability to formulate a solid defense upholds the narrative that what she did was wrong. In a recent interview with The Washington Examiner, Former House Oversight Chairman, Rep. Darrell Issa says the FBI has enough evidence to indict Hillary Clinton and her aide, Huma Abedin. “I think the FBI director would like to indict both Huma and Hillary as we speak. I think he’s in a position where he’s being forced to triple-time make a case what would otherwise be, what they call, a slam dunk.”

The Denver Post also wrote a scathing criticism of Ms. Clinton’s contradictory statements. “The Clinton campaign insists the material was not classified at the time and, according to The Los Angeles Times, denied the documents contained any information that should have been secret,” wrote the Post editorial board. “Maybe so, but individual officials don’t get to decide what’s classified, do they? And there’s a simple way to avoid the problem of having documents classified after you handle them: Use the government server you’re supposed to be using all along.”

Bernie Sanders was asked in a recent interview on CNN whether he thought Ms. Clinton did anything wrong. Mr. Sanders replied the e-mails are “a very serious issue,” but was reserved in engaging criticism because he does not want to politicize the legal process.

The implications of an indictment for Ms. Clinton—even more so under the circumstances of her winning the Democratic Presidential nomination—would further undermine the trust and exacerbate the honesty issues she already has with so many American voters. It would also be disastrous for the Democratic Party—not only in the presidential election, but in their efforts to recoup losses from the 2014 midterms elections.

This is just a glimpse of the kind of scandals a Hillary Clinton presidency would create, further polarizing the Democrat and Republican parties, which contrary to public consensus is not a good thing. This creates gridlock in Washington D.C., where nothing is accomplished, and according to studies by several leading economists from Harvard, Princeton, Columbia and other prestigious universities, political polarization is directly linked to greater income and wealth inequality. The more stagnant legislative efforts become—worsened by viable investigations like the ones Hillary Clinton has inspired—the more the American people will suffer. 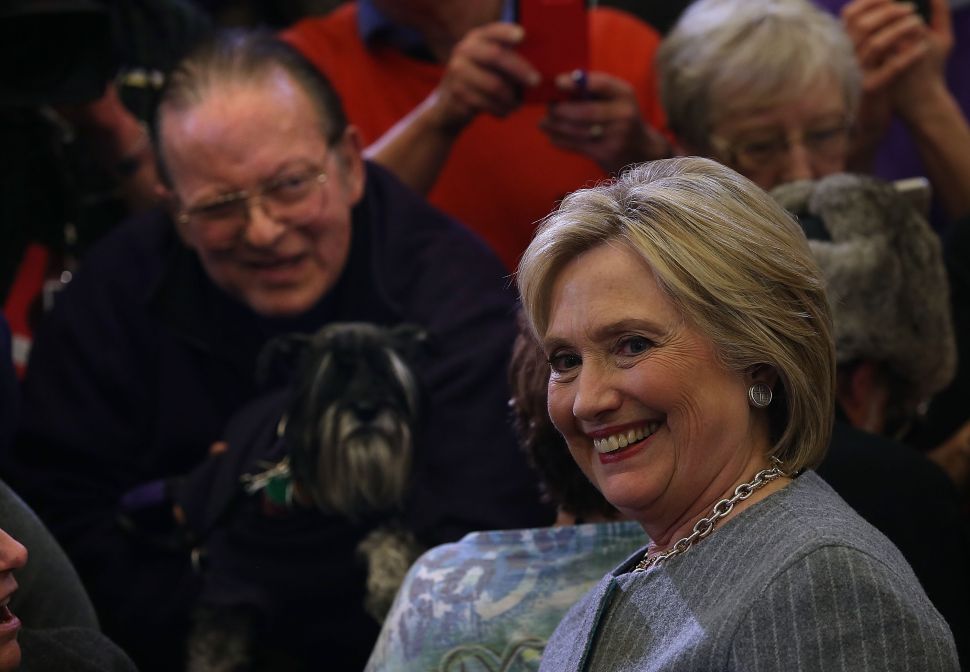