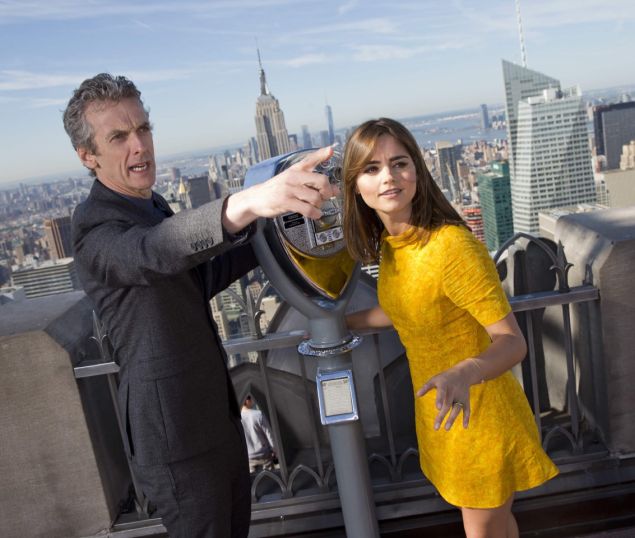 The BBC’s long-running worldwide smash Doctor Who, which attracts over 70 million viewers per episode across the globe, certainly spends much of its time in the UK. Not surprising, given that’s where it’s filmed, but outside London you might be surprised to learn that the Doctor’s second favorite city is … New York!

Since the early days, the errant Time Lord has been visiting the Big Apple and pops back every now and again—here are those moments to enjoy.

Celebrating its 50th anniversary this year, The Chase is a six-part adventure featuring the Doctor’s greatest foes—the Daleks. In this particular outing, the mad little tanks got their spiteful suckers on their very own time machine, and chased the TARDIS and its crew through space and time.

One notable detour our wayward hero and his friends took was mistakenly landing on the top of the Empire State Building. The observation deck was busy with tourists—most notably Morton from Alabama, who sported an interesting “accent” (played by actor Peter Purves who would join Doctor Who just episodes later as companion Steven).

Once the TARDIS departed, the Daleks arrived to a confused Morton, who didn’t seem too fearful of the terrible tinpot terrors.

For the very first trip, after recovering from his recent regeneration, David Tennant’s Tenth Doctor flew off with Billie Piper’s Rose to the year 5,000,000,023. Destination? Earth—but not as we know it.

There they would meet the Duke of Manhattan, a bunch of scary Cat Nuns and a threat to the future of the human race.

The following year’s Gridlock saw the same Doctor revisit New New York with companion Martha Jones, played by actress Freema Agyeman (Sense8). Things didn’t go too well this time and, after being stuck in a traffic jam with flying cars (obvs), which some people have been traveling in for over twenty years, the Time Lord discovered giant crab creatures the Macra inhabiting the city’s bowels.

And from New New York, to a much older New York with…

Just for shits and giggles, the Tenth Doctor took Martha to NYC in 1930 (Nov 1, to be precise). The couple landed the TARDIS in front of the Empire State Building, accompanied by the sounds of Gershwin’s Rhapsody in Blue.

Later the intrepid pair would visit Hooverville in Central Park and then face the Daleks in the Empire State Building (again!). Those pesky varmints were about to harness the power of a gamma strike courtesy of a solar flare using a pole at the unfinished skyscraper’s top.

Behind-the-scenes, this two-part adventure featured original footage shot in the city, though—as he was quick to amusingly point out—David Tennant (nor his co-star Freema) were invited across the pond for shooting.

In the Season Four finale, the Doctor’s former companion Martha had moved to New York to work for UNIT (a military organization that investigates extraterrestrial activity). But those dastardly Daleks were back, yet again! In an impressive scene, Skaro’s finest flew down on the city, blasting everything in their sight.

Another brief foray as River Song, played by Alex Kingston, was hunted down at the top of another unfinished skyscraper in 1969. Ever the show-off, the Doctor’s sometimes wife did a backward jump to the streets below—only to be saved by the TARDIS’s swimming pool.

Later in the episode, we find a young River Song, otherwise known as Melody Pond (keep up, it is Doctor Who after all), regenerating in a midtown alleyway. Although the Welsh city of Cardiff was used to double for NYC for these moments, other scenes in Day of the Moon and its predecessor, The Impossible Astronaut, featured filming in North America.

This is like New York’s greatest hits—AND it was filmed here!

The Eleventh Doctor, accompanied by Amy and Rory Pond, take a break in Central Park whilst the sounds of Sting’s hit single An Englishman In New York waft around (just so you know where you are).

Time Square, the Brooklyn Bridge, the Chrysler Building and Grand Central Terminal all get screen time but it’s the Statue of Liberty who gets the headlines. In a moment reminiscent of Ghostbusters II, Madame Liberte walks through Lower Manhattan as we discover she is actually a HUGE Weeping Angel.

READ ALSO: Doctor Who Is Leaving Netflix: The 8 Stories You Need to Watch NOW!

During shooting, over 1,000 Whovians came out to watch Matt Smith, Karen Gillan and Arthur Darvill as they filmed their final story together.

And let’s not forget: in the Second Doctor story, The Seeds of Death (1969), fatal pods had been sent to New York; there’s a brief snatch of the city in the TV Movie (1996); the Ninth Doctor revealed he was New York bound on the Titanic in Rose (2005); Captain Jack Harkness, played by John Barrowman (Arrow), told the Tenth Doctor in Utopia (2007) that he visited Ellis Island in 1892, where Jack discovered his unique brand of immortality (as a side note, a whole episode of Doctor Who spin-off series Torchwood: Miracle Day was set in New York, 1927); and finally, both The Poison Sky (2008) and Death In Heaven (2014) include shots of the city in various forms of distress.

Which brings us to a final question. Where does Doctor Who like to eat when he’s in town? The newly reopened for business Carnegie Dalekatessen. 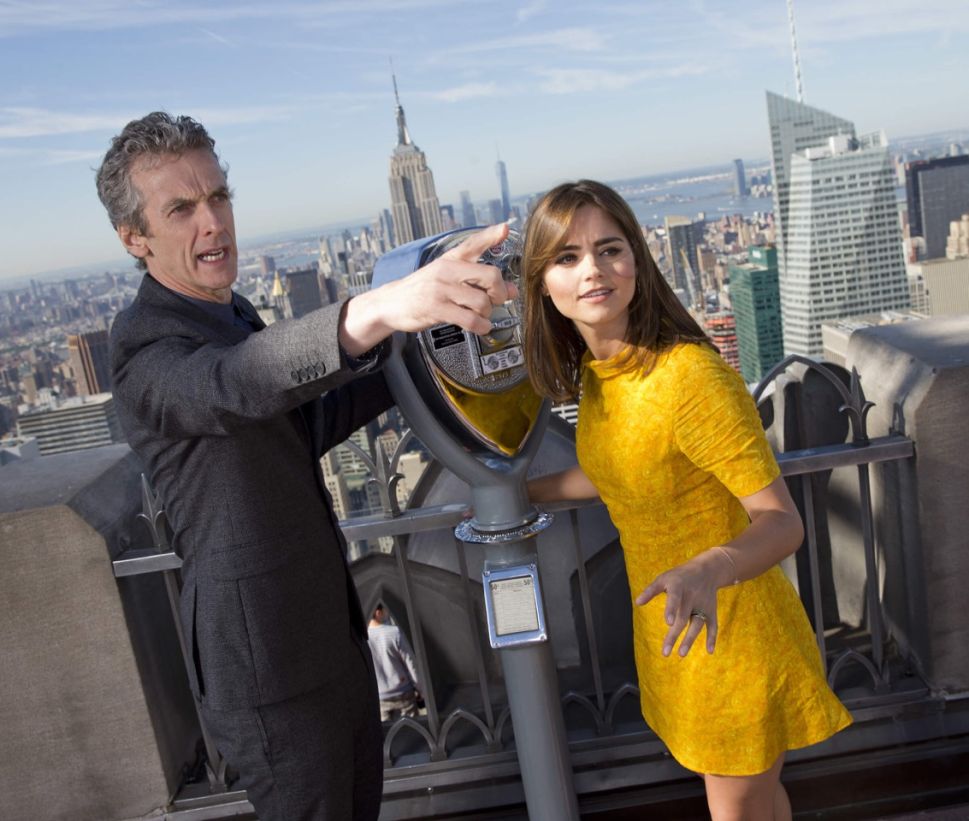