Wired, which, incidentally, claims to have invented the banner ad back in 1994, as well as other publications such as The Washington Post, Forbes, Slate and The Huffington Post have been engaged in a soft fight by reminding readers, in various ways like pop-up ads and articles, to disable their ad blockers. But now, the Condé Nast tech title is taking a hardline against the readers who want content that is free from both subscription fees and pesky advertisements.

On Monday, Wired announced that it will soon restrict the 20 percent of its readers who currently use ad blocking software from accessing its web content—unless, that is, the readers either enable ads from Wired or pay up. For $1 a week, the advertisement adverse can subscribe to a soon-to-be unveiled ad free version of Wired.com.

“We know that you come to our site primarily to read our content, but it’s important to be clear that advertising is how we keep Wired going: paying the writers, editors, designers, engineers, and all the other staff that works so hard to create the stories you read and watch here,” Wired‘s note to readers read. “We know that there are many reasons for running an ad blocker, from simply wanting a faster, cleaner browsing experience to concerns about security and tracking software. We want to offer you a way to support us while also addressing those concerns.”

The rising popularity of ad blocking software has had an impact on the entire industry, from tech glossies owned by large media companies to more niche, independently-owned sites.

Last week, Nicole Cliffe, the co-founder and editor of The Toast, announced that advertising on the site, which had “been turned down to a one” following a recent redesign, was going to become more visible in order to help close a gap in revenue. “If you decide to use an ad blocker, I’d appreciate a donation of $5 a month,” Ms. Cliffe wrote at the end of the note.

The Toast, which was launched by Ms. Cliffe and Mallory Ortberg in July 2013, has a donation page that, in its hallmark candid, community-fostering tone, empathetically implores readers not to block its ads. “Please whitelist our URL in your adblocker, should you use one,” it reads. “We know that the internet can be overwhelming to navigate without one, but it drains a large percentage of our revenue, and we would truly, truly appreciate it.”

“There’s nothing you can do about people who find your site via social media, etc., and those people are way more likely to have and use ad blockers than regular readers,” Ms. Cliffe said in an email to the Observer. “With regular readers, we’ve had great response from just being honest about how it impacts revenue, and asking that they make a small monthly donation to offset it or to whitelist our URL.”

According to Ms. Cliffe, it’s working well so far. After she “Got Real about revenue last week,” she said, the company’s “PayPal lit up with very gratifying $5 monthly donations.”

If readers don’t want to pay for content with their eyeballs, they can pay with their credit cards. 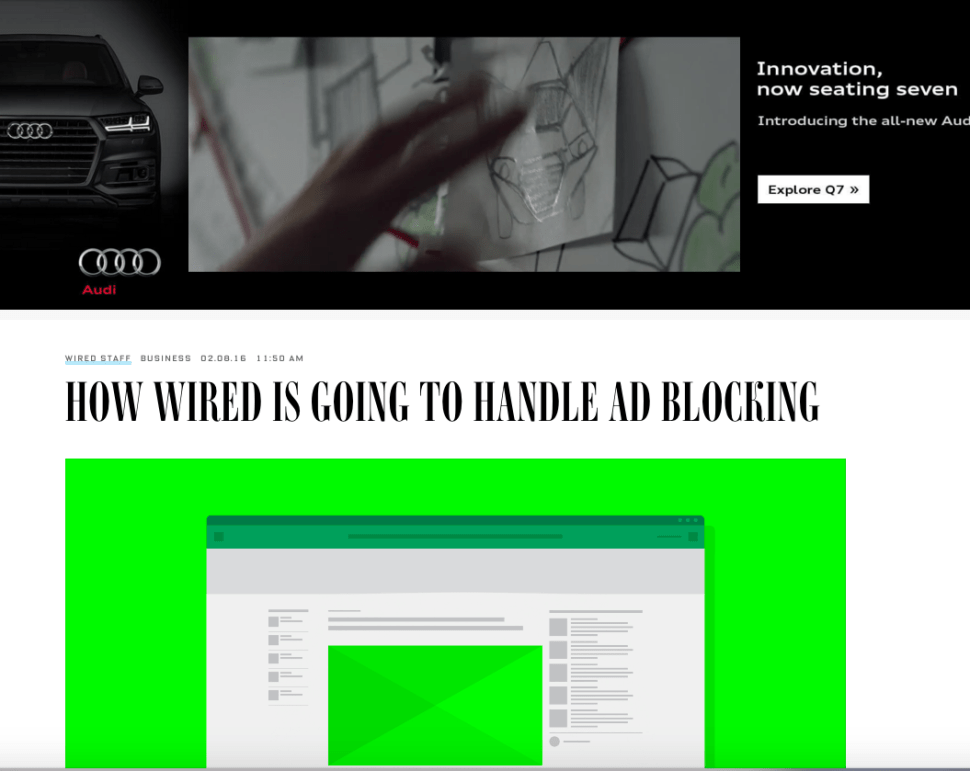