Lovers of hookah would be well-advised to take advantage of the leap day and get some smoking in. A group of City Council members are attempting to crack down on the sale of hookah-related paraphernalia and bars at which hookah is smoked. Ydanis Rodriguez, Corey Johnson and Vincent J. Gentile have put forward a package of legislation to the council’s Committee of Health aimed at raising the legal age of purchasing hookah-related materials to 21, and banning its distribution at some bars and venues. The bills would expand the Smoke-Free Air Act to include shisha that does not contain tobacco and would impose new standards on hookah bars citywide. The bill also aims to ensure that no venue can have hookah smoked in more than five percent of its seating area at any given time. (DNAinfo)

Attendance at Broadway performances by residents of New York’s suburbs—including Long Island, Westchester County and northern New Jersey—has fallen dramatically since 2010, dropping from 21 percent of all viewership to just 15.6 percent in five years. Charlotte St. Martin of the Broadway League has blamed the development of Times Square, particularly the creation of the pedestrian plaza system in 2010, for the drop off. Costumed performers, naked star spangled “desnudas” and aggressive salespeople in the square have deterred patronage from the nearby theatres, she said. Since many suburban theatregoers drive into the city, the traffic blockages and road closures to accommodate pedestrian travel around Times Square are causing suburbanites to seek entertainment elsewhere. (New York Daily News)

Congressional districts in the city don’t open up often, and when they do the fight over who will succeed the outgoing representative can be fierce. Seven candidates squared off last night in the first debate before the June 28 primary to replace outgoing Rep. Charles Rangel, a Democrat who has represented the northern edge of Manhattan and parts of the southern Bronx since 1971. His district—currently the 13th, although with redistricting he has actually held five different seats since his first election—is heavily Democratic and takes in much of Harlem, parts of the Upper West Side and sections of the southern Bronx. State Sen. Bill Perkins, the frontrunner, dropped out of the race to pursue reelection instead, leaving the contest wide open. Mr. Rangel, who is 85, has previously faced primary challenges, but has held the district safely in general elections. (DNAinfo)

A woman discovered a whole horse’s head in a box on Sunday while walking in Highbridge Park. The head was cooked and prepared in a way that made it seem like a meal, with an assortment of fruits, vegetables and other animals’ bones to garnish it. Police believe the entire assemblage—which was found inside a Corona beer box—was part of a meal, potentially related to Sunday’s Dominican Republic Independence Day celebrations. Remains of goats and sheep were also found at a nearby park. (New York Post)

Rock stars, loyal customers and local residents journeyed to the East Village on Sunday to pay their respects to Trash and Vaudeville, the punk rock-inspired store known for its black skinny jeans, Doc Marten boots and other counterculture fashion pieces. While other stores on St. Marks Place will close permanently (St. Mark’s Books also shut down Sunday), Trash and Vaudeville is just moving to 96 East Seventh Street, a few blocks away. Still, the store drew notables including Marky Ramone of The Ramones and Blondie’s Chris Stein for its last day at 4 St. Marks, and many expressed sadness at the closure. (The New York Times) 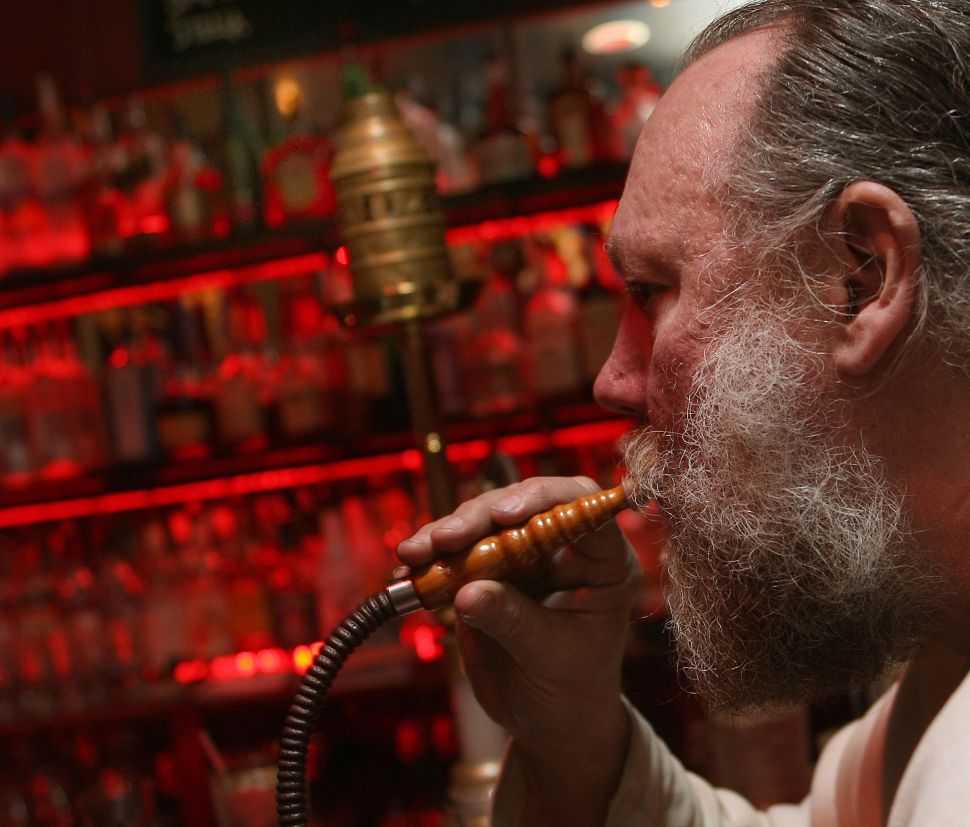