Rikers Island won’t shut its doors anytime soon. A plan to do just that put forward by City Council Speaker Melissa Mark-Viverito and backed by Gov. Andrew Cuomo was nixed by Mayor Bill de Blasio on the grounds that it was impractical and prohibitively expensive. Ms. Mark-Viverito’s committee that aims to shrink the prison’s population will continue, but no closure will be planned for some time, since Mr. de Blasio believes it would cost “billions of dollars” and involve finding currently unavailable space to put inmates. (The New York Post)

Mayor de Blasio hosted a town hall meeting focused on property taxes in politically conservative Bay Ridge last night. He advocated a serious overhaul of the city’s property tax system in a neighborhood that voted for his Republican rival, Joseph Lhota, in 2013. The mayor said he does not have a solution to the cumbersome municipal property tax structure at this time, but expressed empathy with Bay Ridge residents’ concerns. (Mr. de Blasio owns two properties in nearby Park Slope, which has experienced similar difficulties under the system, which often effectively allows landlords in high-cost neighborhoods to pay a fraction of what they might be expected to pay in taxes because of a rule that caps tax growth at six percent annually.) Mr. de Blasio pledged to spend “months and months” addressing the issue. (Observer)

A Park Slope landlord will not have to pay $5,000 or attend human rights training after a State Supreme Court judge dismissed an order against him by the city’s Commission on Human Rights. The son-in-law of landlord Mohamed Shahbain allegedly told a prospective renter that “no babies” were allowed in the building after being informed that the man and his wife were expecting a child, but Mr. Shahbain’s attorney argued that the son-in-law had no authority to decide on renters or building policies and therefore could not discriminate since he was in no position to do so. The measure had moved between a variety of courts on appeal following the commission’s judgement against Mr. Shahbain. (DNAinfo)

“Big data” can now be used by employers to determine which of their employees may be expecting a child or planning for pregnancy, something companies have a stake in when they subsidize their employees’ insurance. Castlight, a big data firm, now has a program that can determine whether women have stopped filling birth control prescriptions or have searched for information on pregnancy on health sites. That data is then cross-referenced to women’s ages and, if applicable, their children’s ages and used to predict potential pregnancies, data that can then be relayed to their employers. Employers can use data like Castlight’s to predict which employees might be stricken with serious medical conditions (cancer, diabetes and back problems) and use that information to potentially allay costs. (The Cut)

The Bedford Avenue location of Brooklyn’s The Bagel Store will close “indefinitely” following the success of its rainbow bagels, which have consistently sold out their 800-unit daily production and many specialized orders. Initially slated to reopen Tuesday, the store remained closed Wednesday and there is no guarantee that it will reopen in the coming days or weeks. The psychedelic bagels have received a great deal of press coverage in recent weeks as the latest food craze in the vein of the cronut and golden bagels. (Gothamist) 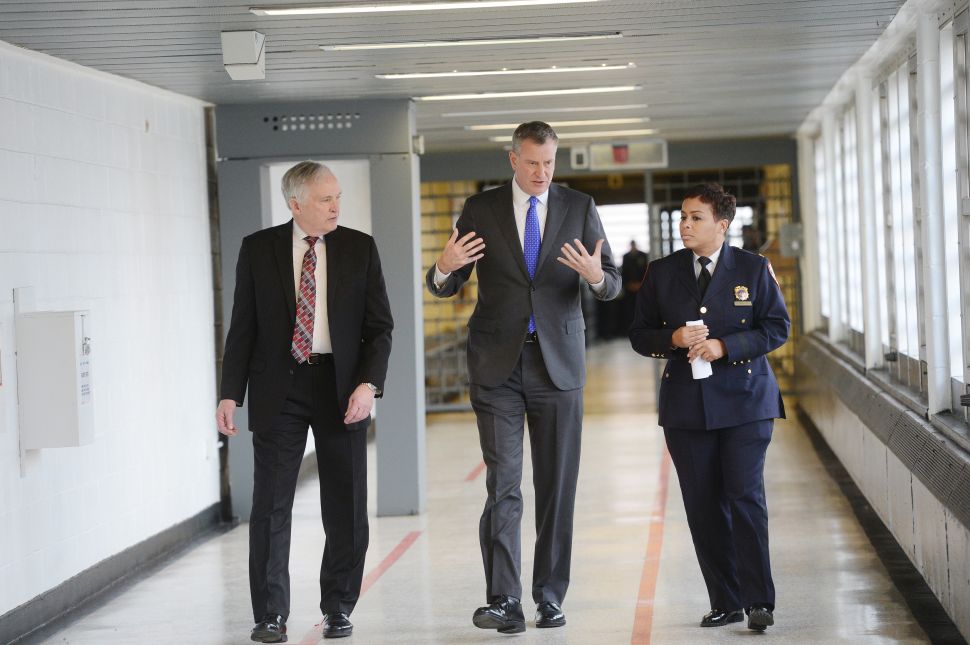