A work crane that had been stationed on Worth Street in lower Manhattan collapsed over an entire city block shortly before 8:30 AM this morning, killing at least one person and injuring three others. The area was cordoned off by emergency responders, and subways bypassed the Franklin and Chambers street stations. The crane was being lowered into a secure position because of high winds when it collapsed. (New York Times)

Two NYPD Officers were shot just after 8 PM at the Melrose Houses in the Bronx after approaching two men in a stairwell. Both officers are in stable condition at Lincoln Medical Center; a third officer that was present is uninjured. The suspect who shot the officers was found dead of an apparent self-inflicted gunshot wound after fleeing to the seventh floor of the building. The other suspect, who did not appear to have fired a weapon, was apprehended along with three other people in the building. The shooting occurred during Mayor Bill de Blasio’s State of the City address. (Wall Street Journal)

Mayor Bill de Blasio has proposed a 16-mile, city-operated streetcar system, dubbed the Brooklyn Queens Connector, to run from Sunset Park to Astoria. While critics wonder if the city should be focusing on expanding subway lines, proponents, including the mayor, argue that the project will not require funding from the MTA and will instead be paid for through funds collected from the development that will flourish in its path. One estimate indicated that 53,000 people would use the streetcar, which would have the same fare as the subway. (Observer)

Governor Andrew Cuomo has announced that the state will begin offering free testing for the Zika virus to any pregnant woman who has traveled to countries affected by the outbreak of the disease. Zika, a mosquito-borne illness which has mostly surfaced in Latin America and the Caribbean, causes a condition known as microcephaly, in which babies are born with abnormally small heads and brain damage. So far, 11 cases of Zika virus have been confirmed in New York state, including three in the city. Pregnant women, or women planning to become pregnant, are urged to avoid traveling to countries affected by Zika, and also refrain from unprotected sexual contact with people who have traveled to said countries. (New York Post)

Pulitzer-prize winning journalist, filmmaker and artist Laura Poitras, best-known for her Oscar-winning documentary Citizenfour, breaks new ground with the exhibition Astro Noise, running through May 1 at the Whitney Museum of American Art. The exhibition features a mix of mediums, including some classified documents about her own surveillance by the government that Poitras obtained through the Freedom of Information Act. Whitney Museum director Adam Weinberg called the exhibit a “wake up call.” (Observer) 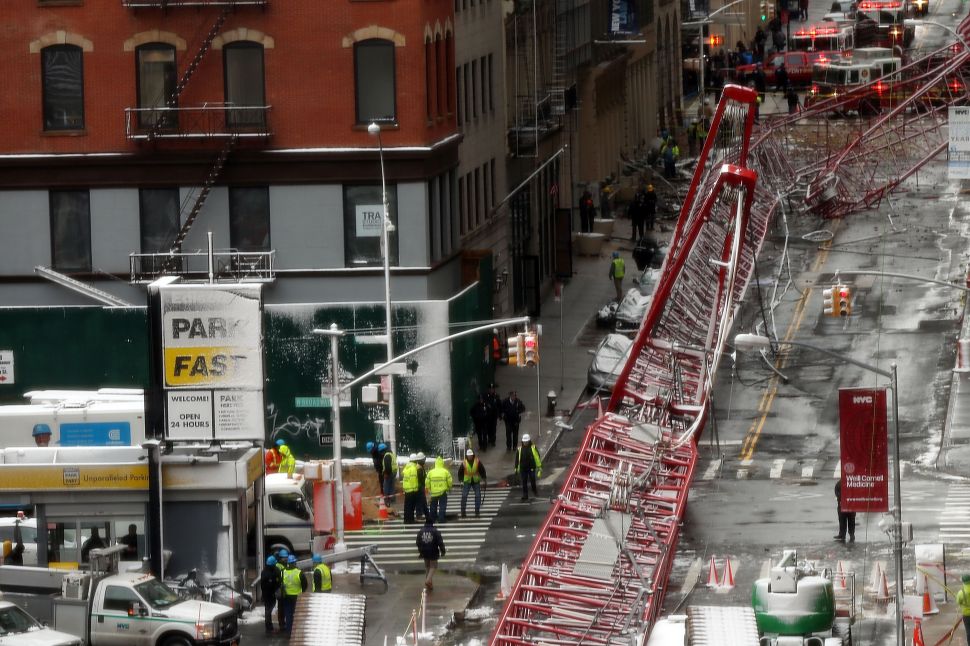