Officer Peter Liang, the rookie police officer who shot unarmed 28-year-old Akai Gurley at the Brooklyn Pink Houses, was convicted of manslaughter and official misconduct Friday. Sentencing has been set for April 14 and while Liang, who will be automatically expelled from the NYPD, could get as many as 15 years, the court does not have to incarcerate him. As the verdict was read aloud, Liang had his head in his hands. One unnamed juror called the decision “very, very, very difficult.” (Wall Street Journal)

In her State of the City address Thursday, City Council Speaker Melissa Mark-Viverito referred to shutting down the Rikers Island jail as a “dream,” a comment later disparaged by Correction Officers’ Benevolent Association president Norman Seabrook as a “fantasy.” Ms. Mark-Viverito has named former NY Court of Appeals Chief Justice Jonathan Lippman to head a commission that will examine the jail and methods to transfer prisoners out of it. Mr. Lippman, who is an advocate of reforming the bail system, said the commission would study who is held at Rikers and ways to get some of those people out of it. (Observer)

In anticipation of this weekend’s expected freezing temperatures, members of the Uniformed Fire Officers Association joined Public Advocate Letitia James in handing winter coats to over 60 children at P.S. 115 in Washington Heights. The program, which was launched in 2012, has so far handed out coats to over 2 million children in need. The FDNY members discussed fire safety with the students in addition to providing some much needed winter warmth. (DNAinfo)

Letitia James also had some fun Friday while educating New Yorkers about safe sex and handing out free condoms ahead of Valentine’s Day on Sunday. Ms. James, standing in front of a table with boxes of condoms and sexual health literature, joked with commuters as she passed out the materials at the busy Union Square station. The effort was intended to encourage people to practice safer sex, part of a city-wide campaign to curb sexually-transmitted diseases and unintended pregnancy. (Observer)

Mayor Bill de Blasio has warned that, though there is very little risk of contracting the Zika virus in New York right now, as warmer weather approaches the prevalence of mosquitoes will increase and, with that, the risk factor. The mayor and medical professionals have gotten together to discuss the best way to tackle the insect. The particular mosquito known to spread the virus is not found in New York, but a close relative does. (Daily News) 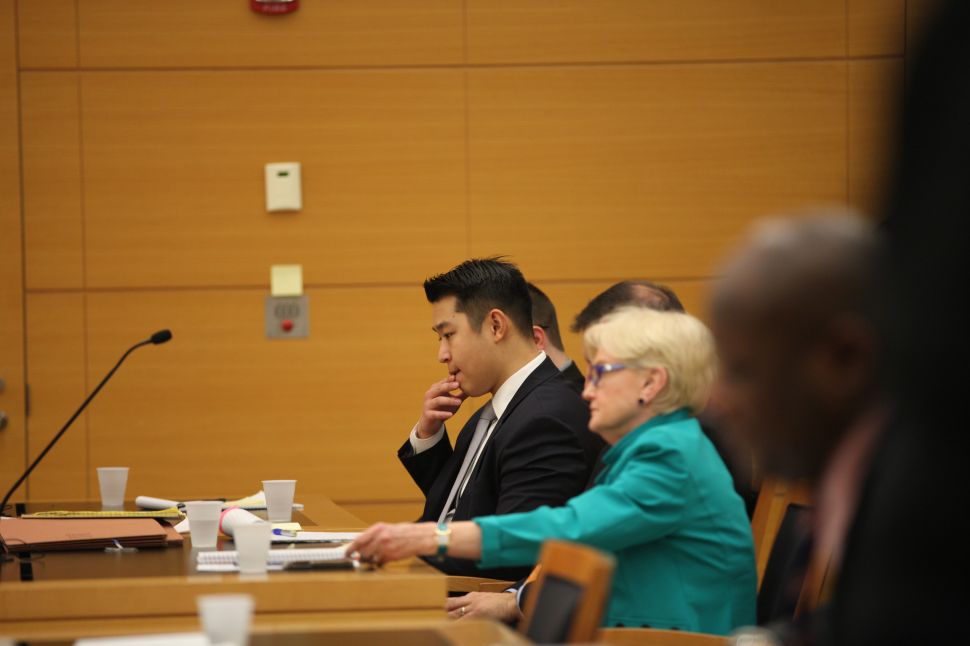