A woman stole an M101 bus early this morning and drove it three blocks, from 96th Street to 100th and Third Avenue. According to the MTA, the incident transpired after she was told to put out a cigarette she had lit in the back of the bus and became angry. When the driver stopped his route due to her noncompliance, and began helping other passengers off the stopped bus, the smoker allegedly took the wheel. After managing to place her under arrest, the woman, who allegedly told officers she was being followed, was taken to Metropolitan Hospital for evaluation. (Gothamist)

Police have apprehended a 16-year-old suspect believed to be responsible for slashing an employee of Silver Spurs restaurant in Greenwich Village last week. Busboy Bobby Barbot was slashed in the face with a box cutter by the suspect, who had been badgering patrons, after Mr. Barbot asked him to leave the restaurant. The NYPD are currently questioning the teen at the 6th Precinct. (DNAinfo)

A Supreme Court jury in the Bronx awarded $183 million in damages yesterday to five of the firefighters who fought in the 2005 fire known as Black Sunday. The Bronx fire trapped six firefighters on the fourth floor of the burning building, two of whom died after jumping out of the window. The payment comes primarily from the city, which was found at fault by failing to provide appropriate escape equipment like ropes. The former building owners, found responsible for the illegal drywall partitions in the building, will pay the rest. (New York Times)

The SoHo recording studio The Magic Shop will close its doors on March 16th, according to owner and founder Steve Rosenthal. The studio has been in a dispute with its landlord for the past year, and Mr. Rosenthal failed to buy back the property from its co-op owners, despite being backed by Dave Grohl of the Foo Fighters. Over the years The Magic Shop, which opened in 1988, was reportedly favored by Norah Jones, David Bowie, and Lou Reed, and saw music recorded by the Rolling Stones and Elvis Presley, among others. (New York Times)

The Landmarks Preservation Commission met this morning to discuss 95 properties throughout the five boroughs that are being considered for Landmark status. Of the properties, 29 have gained official protections so far and the Pepsi sign on the Long Island City waterfront is one likely to receive this protection. Other sites under consideration include a number of theaters in midtown and Hell’s Kitchen. Bergdorf Goodman on Fifth Avenue and the IRT Powerhouse on 12th Avenue have been confirmed landmarks, tweeted Times ‘The Appraisal’ columnist Matt Chaban. There is another round of hearings that the commission promises to finalize by December.  (New York Times) 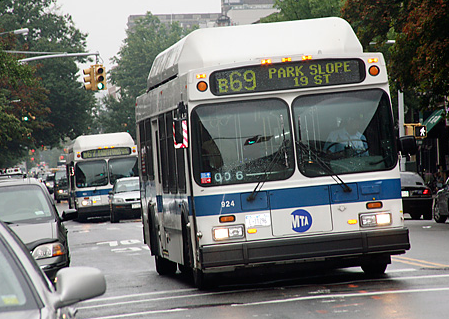