This morning, on Al Jazeera America’s penultimate day as a website, somebody on staff managed to publish a satirical story that included Al Jazeera America on a list of the “six hot media startups to watch in 2016.” But by the late afternoon, the post had been removed, replaced with an editor’s note apologizing to readers and staff:

Editor’s note: Al Jazeera America has removed the satirical piece originally posted on this link, which included commentary on our company that we believe was not appropriate given its imminent closure. Our goal in the closing stages of AJAM online and on TV is to honor the exceptional journalism and journalists that distinguished our brand, to maintain the respect that we have always shown to those we have covered since our launch, and to uphold our promise to deliver the highest quality journalism to our readers until the very last. We believe the satirical piece originally at this link failed to live up to these goals. We offer our apologies to our readers and to our staff.

With its origin as an innovative mash-up of aging Qataris and US millennials, the site, funded by the Emir of Qatar, quickly made its mark. It scooped up Current TV from Al Gore and his partners for the bargain price of $500 million. They then forged a different path from the rest of the industry, pulling their online video feed in favor of going cable-channel only — very unusual in today’s millennial-dominated world. But who says that going retro can’t be innovative? Rather than leaping “over the top” to reach people, they picked a “through the wall” strategy, in what I feel is a very bold gambit to tempt Fox News’ 60-something-year-old viewers over to the AJAM camp. At the same time, the company has its eye on the long-term: positioning themselves to capture the millennial audience when it hits AARP age. Time will tell whether this gambit succeeds, but I certainly applaud the Qataris for ignoring the naysayers and running straight through the wall. Definitely the top one to watch in 2016.

We wish the AJAM digital staff best of luck and congratulate them on making some noise on the way out. 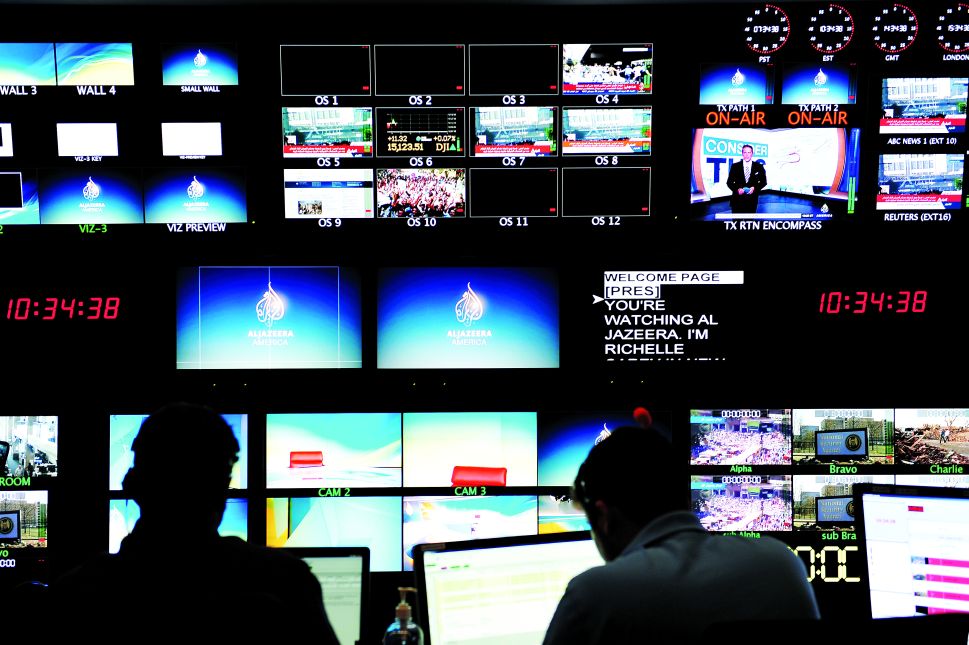