Remember when I complained last week that American Crime progresses too slowly? I was wrong. Wednesday’s episode was shocking. It was sit up straight, mouth agape shocking.

The episode began and ended with the unraveling of Taylor. We see Lili recoiling to the news that her medical records have been illegally leaked online. Her depressive psychosis diagnosis is splattered on the internet, and the reasons she had to leave Taylor during his childhood become abundantly clear. The leaked files indicate Lili’s delusions, and weaken her case. And while she’s hurt, it is Taylor who feels truly feels the impact. His mother’s humiliation is what carries him through the episode, from his drug use to an eventual shooting. But, we’ll get to that.

We find Taylor staying with his boyfriend after being attacked by the basketball team at the close of last week’s episode. He is listless, nervous. He ignores his boyfriend’s advice to go to the police, and instead hurries out of the house. He buys a poster of a sensuous Asian warrior in hopes of stimulating some kind of sexual attraction to a woman. He meets up with Becca (Coach Sullivan’s daughter) in what turns out to be a drug exchange. He buys Oxycontin from her, and dryly attempts to be intimate. However, there’s no spark. It seems that Taylor is devoid of anything, well, human. He has no sexual attraction, his eyes are dead, and he can’t seem to write anything in the journal his counselor so optimistically encourages him to fill.

He quickly darts into Nate’s house, steals his gun, and wanders off into the nearby forest. We get a large shot of the forest, and then: two gunshots. The camera lingers on the trees, unwilling to reveal Taylor’s fate. However, the bullets were never intended for him. He is merely shooting trees, and eventually downs his Oxycontin. In a drug fueled haze, he envisions Evy, Eric. The Asian warrior from the poster flashes before him, eventually stabbing him in the side. American Crime is always visually striking, but tends to favor intense close–ups and dramatic pans. The drug visions were beautifully shot and edited, and it was a stunning change of pace from their typical shots.

Still high, Taylor scribbles down a kill list: Wes (the basketball player who beat him up last episode), Eric, Dr. Graham, and Kevin. He makes his way to Leyland, equipped with the gun. He first visits Dr. Graham, whose lecture at a seminar keeps her out of Taylor’s range. After her secretary expresses her disapproval of the school’s treatment of him, Taylor loses his nerve, and retreats to watch a dance performance elsewhere in the school. There, he leaves his notebook and kill list.

Upon leaving the school, Taylor runs into Wes, who verbally and physically assaults him. Then, the two look at each other silently. The camera holds. Wes eventually looks down to see his abdomen pooling with blood, Taylor’s gun held to his chest. It’s a shocking scene, but instantly, you see Taylor’s relief. It’s snapped him back.

He rushes to his mother’s diner, who has already seen the school shooting on the news. Lili seems to know what’s happened, what he’s done, and quickly takes the gun and puts it in her purse.  However, Taylor can’t stand to drag his mother into anything else. He snatches the gun away, and Lili sits by his side, calls 911, and turns her son in. The two sit together quietly as the diner clears out, and the sirens flood in. 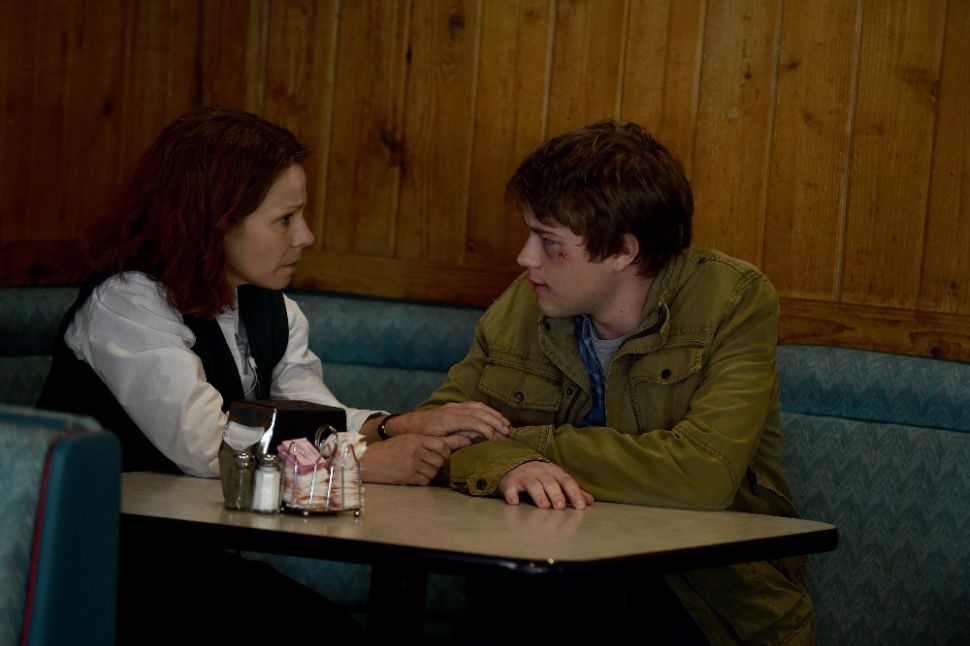