Last week’s American Crime asked a question that no one really wanted to hear the answer to: what happens when you can’t cope with trauma? The question was answered when Taylor pulled the trigger on his fellow classmate and tormentor, Wes.

This week’s episode asked a different question: what do you do when you’re forced to cope with trauma? Wednesday’s episode was built largely around the reactions and responses of the characters after the school shooting. Above all, the episode centered around blame—who was responsible for the shooting? Was it Taylor alone? Was it Leyland? Before I ask any more rhetorical questions, let me say this: this is American Crime we’re talking about. And on this show, virtually everyone is to blame. If nothing else, the show is about assigning guilt or otherwise avoiding it.

The episode’s narrative is punctuated by real life stories from Columbine teachers, parents whose children committed suicide, and victims of homophobic bullying. A bold choice for a fictional television program, but one that certainly pays off. The accounts give an eerie context to the episode’s focus on the effects of bullying and homophobia within schools.

Coach Dan opens the fictional narrative of the episode after a brief interview with a Columbine teacher. He tries his best to comfort the school during the assembly, but to no avail. As he talks, you see the breakdown of the community: students are weeping, parents are frightened.

In the only scene featuring Taylor, Lili visits her son in jail. He admits he had a kill list, and admits to shooting Wes. However, Lili refuses to lose hope. She encourages Taylor, promises to find a way to get him out of jail.

Meanwhile, Eric’s mother insists on running away with Peter, in hopes that they can escape what’s happening with their family. She tells Peter that his father “did things [to Eric]” to make him gay before the two finally take off together. Michael, Eric’s father, furiously files a missing person report, before discovering that there is nothing he can legally do to return his son to his custody. He is left with Eric, who broods and snaps and continues to lash out at his father. Later, Eric finds a way to place his growing sense of guilt—he accuses Kevin of encouraging the basketball team to attack Taylor, an attack which lead to Wes’s death.

Eric isn’t the only one touched by guilt. For the first time, Dr. Graham is a disaster. She wears a sweatshirt, no makeup, and her pearl necklace is noticeably absent. When she finally returns to school, administrators demand her removal. During her confrontation with Coach Dan, we finally see a glimmer of humanity from the perpetually icy headmaster. Her voice wavers, she admits that she doesn’t understand the situation and never did. What, she asks, would Dan have done?

And although Dan emerges from his conversation with Dr. Graham vindicated, his illusion of success quickly vanishes when his daughter admits that Taylor was high on drugs she sold him when he shot Wes. Dan breaks down. He destroys her phone and desperately tries to cover up any evidence.

Finally, the show closes with Sebastian (a morally righteous hacker) offering to take down Leyland for Lili. Reluctantly, she agrees.

There is something a little off–putting about the school shooting story line, besides, of course, the obvious. The show was so fragile and delicate when it centered only around Taylor’s alleged rape. By making him a victim of bullying and rape and homophobia and then making him a school shooter, the show has lost the succinctness you need to effectively engage your audience. I completely understand what American Crime’s angle is: what happened to Taylor is a horrific conglomeration of things, things that shouldn’t happen to anyone, and it is these things that led him to shoot Wes. However, American Crime is so congested, trying to take on racism and sexism and rape and homophobia and class differences and the decline of public school educations and the corruptness of private school and….

Rather than make a strong statement on something, American Crime has made a weak statement on everything. However, you have to admire the show for its ambition. I just wish that perhaps they’d narrowed their focus—the writing, acting, and direction is so strong, it feels as though every episode, jam-packed with new problems, is another missed opportunity to say something truly great. 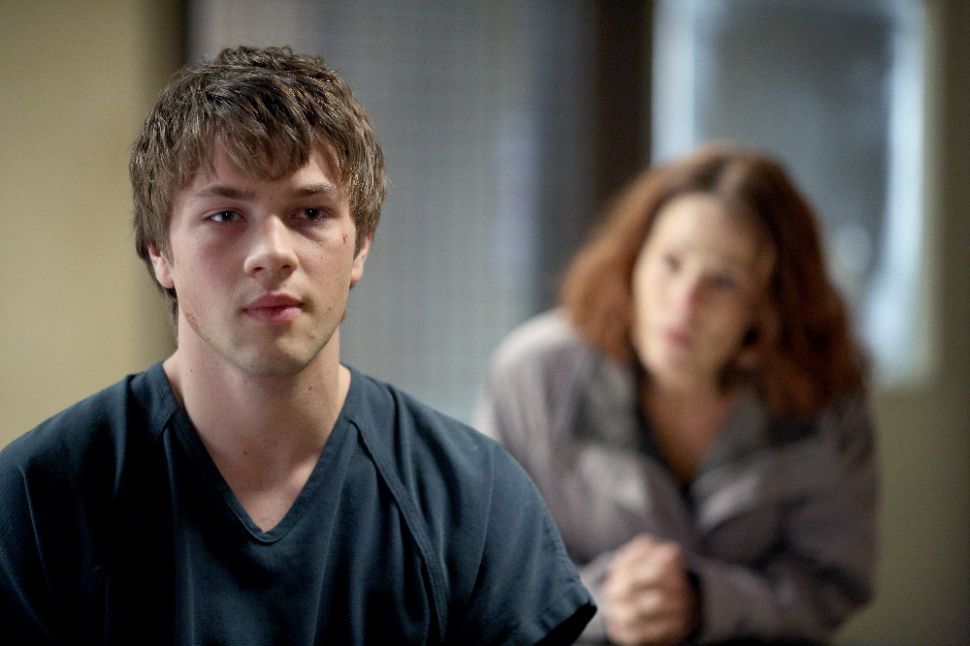