The second season of New York Fashion Week: Men’s kicks off today, and we have an exclusive look inside the minds of New York’s top menswear designers set to debut their Fall/Winter 2016 collections. The four day onslaught of runway shows and presentations range from mainstream brands like Nautica and Perry Ellis, to buzzy newcomers like Palmiers du Mal and STAMPD. Below, these designers, and many more, fill us in via e-mail on their concepts for the season with a sentence or two and a shot of their inspiration.

John Elliott: “This is our first take at a collection that is meant to predominantly live at night, in darkness.”

Craft Atlantic: “The new travel-patterns of the modern-day renaissance man, and the collector objects he obsesses about along the road.”

Todd Snyder: “Celebrating our relationship to the natural elements by exploring the dichotomy between function and refinement.”

Ordinary People Presented by Concept Korea: “There are rests in music and commas in writing. We believe that we also need rest and commas in our lives to make our days more valuable.”

Suitsupply: “Luxury, both in fabrics and construction with subtle tonal colors. Layering and shapes that compliment the man’s frame.”

Lucio Castro: “Traveling communities in the UK in the mid-1990’s.”

Joseph Abboud: “A tribute to the art of fine tailoring in America. The new American Savile Row.”

Nautica: “The Modern Naviator who travels from the City to the Sea.”

Ovadia & Sons: “A contrast of of jewish religious cultures against the urban New York canvas.”

Brett Johnson: “Men at the apex of their industries who prefer to escape to the wilds of the American West.”

Perry Ellis: “Print and pattern are explored from a distance and upon closer inspection take on a different look- like landscapes in nature.”

Orley: “The process of creating.”

Palmiers du Mal: “Kinetic Creative. Borrowing shapes from all corners of the world and utilizing luxury Japanese textiles to create a merging of cultures in a cohesive, unified voice.” 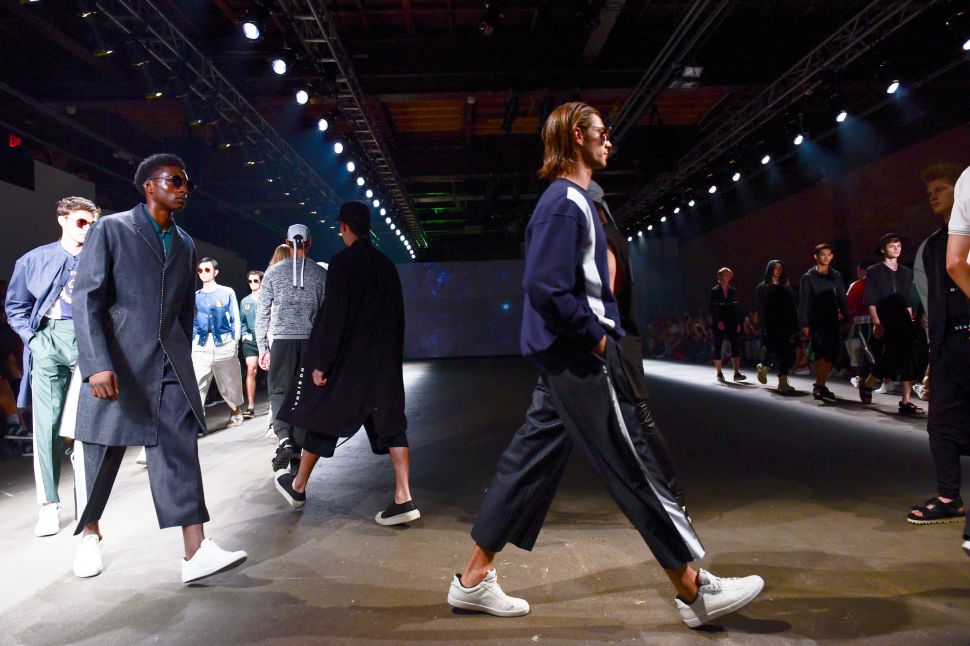