Apple is leading the charge of the Mighty Eight (Twitter, LinkedIn, AOL, Google, Apple, Yahoo, Facebook and Microsoft), appointing itself guardian of the privacy rights of Americans—be they wholly innocent, undoubtedly guilty or simply grooming youngsters en route to being radicalized. The principled libertarian may well applaud this perceived ethically driven stance by one of the most successful companies on earth and thank capitalism for creating a corporation powerful enough to stand up to a government. The realist might suspect Apple’s protestations of impossibility either cover an ulterior motive or are a petulant reaction to being forced to abide by the house rules like everybody else.

The request for Apple to provide the keys to a box likely containing incriminating evidence should come as no great surprise. An iPhone 5C was used, instrumental to the mass shooting, resulting in 14 deaths. That phone, with a password protection feature that will self destruct on ten incorrect attempts, is thwarting a federal investigation. Apple states it has purposely built a technology so secure that the creator is not able to access its contents. This beggars belief might be construed as frankly irresponsible.

There is a long history of telecommunication companies turning over information to investigating authorities. The irony is that I learned about the technology of telecommunications not in my current incarnation as an intellectual property lawyer, but as a criminal defense barrister for ten years in England. From the end of the 1970s and early 1980s legislation was enacted around the world prohibiting telephone conversations from being illegally intercepted, simultaneously laying the framework for interception warrants by national security or enforcement agencies.

In the early 2000s, the information that the prosecution would disclose was eye opening. Evidence ranged from domestic and international wiretaps through to reams of spreadsheets with azimuths, coordinates and cell-site triangulation maps. In London especially, where one in five of each of the world’s CCTV cameras live, the investigating authorities had enough information to listen to, watch and track a defendant’s every digital move, scuppering a host of potential defenses. At the time, it was infuriating—with each technological advancement, lawyers had to work harder for acquittals. We used to joke that if the discerning criminal moves back to using invisible ink, their endeavors would be much more fruitful.

In the United States, the Communications Assistance for Law Enforcement Act has become the bedrock statute with an accepted culture of government agencies forcing telecommunications carriers to give backdoor access, allowing free and liberal wiretaps. In this case, the operative law that the DoJ can utilize to compel Apple to formulate software to crack the phone is the All Writs Act of 1789, which is incredibly broad in both drafting and application. Why however, Apple has chosen the San Bernardino iPhone to make its prime privacy stand is very curious.

It is inconceivable that Apple has has not already written or is unable to write software to bypass the password function or eradicate the pauses required in between attempts. It is much more likely that despite the FBI’s noble cause in this instance, as Apple operates in China, Russia and the Middle East, it is more concerned about being similarly compelled by a foreign government which will seek to access information for more base motives. Of course, there is the old but valid argument that if backdoors are created for the FBI, then it makes it easier for hackers to get in too. This will not hold much weight in this fight.

While Apple may wish to elevate itself above the others in the telecoms industries and use the pretext of user privacy as its shield, this is a battle that is doomed to failure. There are far too many loners that have been radicalized over social media and pedophiles snapping photos of children for Apple to withstand the pressure of law enforcement, judicial will and the tide of political will for much longer. 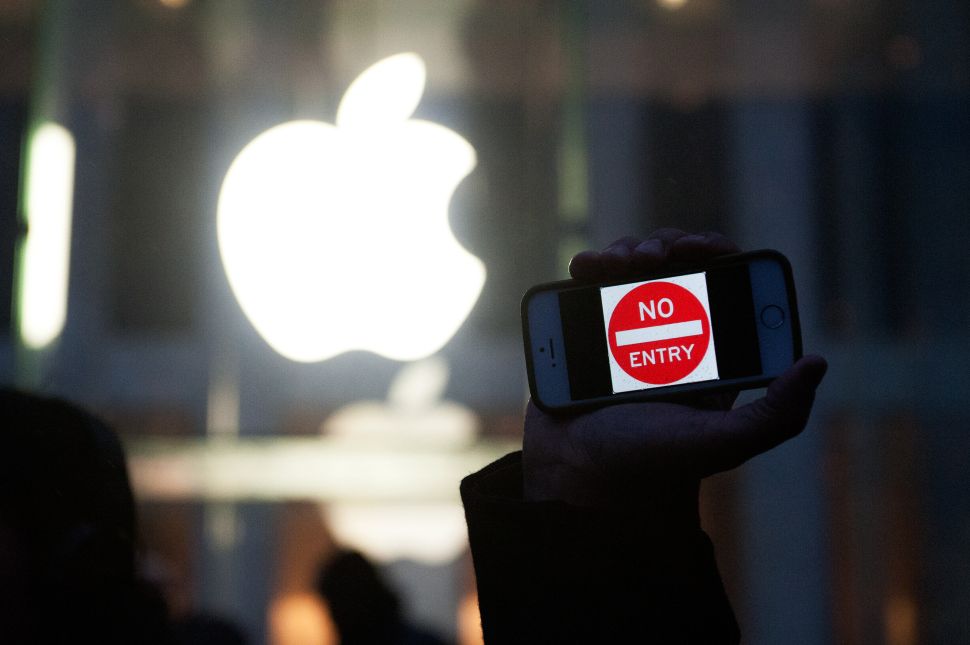