Politico had it right yesterday when their headline read, ‘Nerd Tourism Booms in New Hampshire Primary Weekend.’ Having stomped in NH two other times in my life, (2000 for Gore, 2004 for Kerry) I must admit that this time it felt different.  (And not just because I was no longer sleeping on a gym floor with fifty other 20-something out-of-state volunteers). New Hampshire’s atmosphere was positively electric, with everyone you meet voicing an opinion on the upcoming election.  But not in the way your cranky relatives do around the Thanksgiving table. Conversations remain mostly civil, and true persuasion is attempted.  It is a die-hard political operative’s Disneyland.The residents of NH are excellent stewards of this awesome responsibility. Presidential Candidates are expected to be accessible and up to any task.  It’s refreshing.

For 5 days, in between knocking on doors and making calls for Secretary Clinton, I made sure to drop by The Radisson Hotel in Manchester; the center of the NH Political Universe, the place to see and be seen, and where MSNBC was also broadcasting live.  Elected officials, high level operatives, pundits and political celebrities (and sometimes even Presidential Candidates) surround you the moment you walk through the door. You get to witness them prepping for their next segment, casually eating lunch with colleagues, and standing against the wall charging their cell phones (outlets are at a premium and are awarded in a contest similar to the Hunger Games).

However, nothing can quite match the excitement of running into a fellow New Jersey politico from another camp. As if they are siblings who have been cast on opposite sides of a civil war miles from home, folks who have battled each other mercilessly while in NJ proper, gleefully embrace and pose for pictures to document their inclusion in this band of brothers (and sisters!).

While personally, the results were not what I had hoped for, it warmed my American heart to see lines of cars more than a mile long at various polling places I passed.  And while one bartender longed for the obscurity that would return on Wednesday, free from colorful signs on every corner, incessant television ads that interrupted even the Super Bowl, and the throngs of media trucks blocking the small one way street in front of his establishment, he lamented the loss of the dozens of new patrons, including one candidate, who he is pretty sure, really just needed a drink.

But where the bartender found annoyance, I found renewed faith in a system that has become increasingly polarized and vitriolic. The hyper-partisan atmosphere served to invigorate veteran operatives, instead of drain them. The frigid temperatures and snow were no match for NJ’s dedicated few who made the trip, and it is an experience that I, and so many others plan on having again next time around! 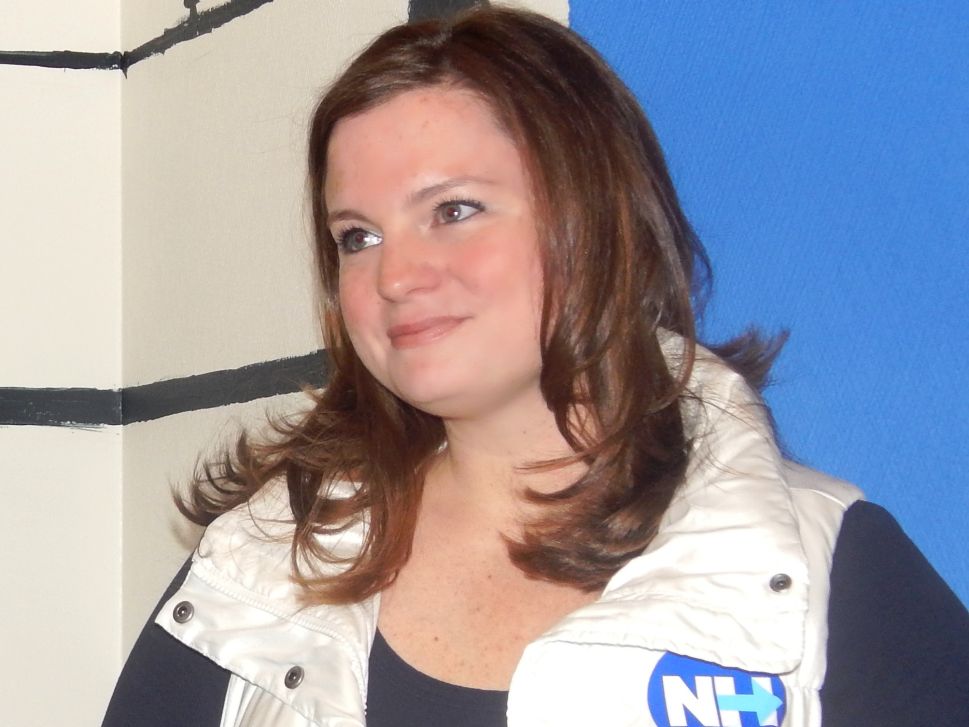