The two episodes of Baskets preceding this one have been largely concerned with exploring the relationship between Chip and his mother, Christine, definitely establishing Christine’s love for her son and proving that she understands the damage that keeps him clowning. She’s even been protective, defending him against her church friends and  maybe going a little too far in banishing Penelope back to France. It seemed like maybe mother and son were heading towards either a healthier connection or a brutal confrontation, but this week swerved and keeps things nicely complicated when Christine’s adopted twins, Cody and Logan, announce that they’re coming for a visit.

That Christine Baskets adopted an additional set of twins, and that they’re super successful DJ’s of whom she is incredibly proud, has been a weird running joke throughout the series so far. Weird as in it’s funny in the slightly absurd and emotionally icky way so much of the show is, a ridiculous idea that is also massively painful for Christine’s biological sons Chip and Dale—especially Dale, as it turns out. I didn’t expect the twins to ever actually appear on the show, I thought they’d continue to lurk in family photographs and Christine’s gloating, but here they are, at what seems like the worst possible moment, personally, for Chip.

In the wake of Penelope’s sudden return to France, Chip is so miserable that even his boss at the rodeo, Eddie, can’t help but notice. To cheer Chip up, Eddie puts him on the radar of the Mr. Rodeo Clown contest, warning him that he’ll have to up his game if he wants a shot at winning the title of number one clown in the nation. Five previous episodes of this show have prepared me for Chip to fold or freak out under that kind of pressure, but incredibly he rises to the occasion, studying hard, practicing his unicycle and balloon work, goofing around with kids and ponies and performing a peppy lip synch of Gloria Estefan’s Conga to the great enjoyment of his audience.

Chip is riding high, building up to perform for the Mr. Rodeo Clown scouts, when Dale visits him in the locker room after a show and announces that their rival twins are in town and that the entire family is expected to gather for dinner at Christine’s the following evening—the same night that the scouts are set to see Chip’s act. There’s a moment here where Dale asks to buy a cigarette off Chip and the two negotiate a price that’s…not necessarily funny, as much as a weird and fascinating way to establish the distance between these two, and their weirdly aggressive approach to one another.

Dale is definitely the more successful brother on paper—proprietor (and janitor) of his own career college, a family man, but news that the twins are in town has got him shaken. Past episodes have made it clear that he’s a much bigger jerk than Chip, but this one reveals that he might actually be a bigger mess, too. In the face of the twin’s arrival, Dale’s success suddenly isn’t enough, so he desperately presents himself as a coach and ‘key chaperone’ of his daughter’s volleyball team, even going as far as to read aloud from the volleyball Wikipedia page during dinner. Much like the very existence of the DJ twins, it’s the exact kind of gag the series excels at—slightly absurd, funny in a way that makes me squint and think, “That’s so funny,” but not laugh, rooted in awfulness.

The twins arrive late for dinner (Christine makes their favorite, cheeseburger pizza) but baring a 24-pack of bottled as gift, which leads to my favorite scene this week, where Christine rhapsodizes about the taste and describes it as having ‘a robustness.’ Christine’s extreme excitement at seeing her sons is fantastic and once again Louie Anderson manages to portray Christine as alternately grotesque—using the Costco membership she provided for Chip as leverage to get him to attend the dinner, announcing that she has to rinse her feet before the twins show up—and sweet and kind and sad, especially after the boys receive an invitation to pre-show hot dogs with the Chemical Brother’s and split without finishing their meal or giving her a chance to snap a family photo.

Chip Baskets is a miserable and often cruel dude, but he’s the hero of the show and tonight wisely shows him at his best behavior. He postpones leaving for his performance at the rodeo until the last minute, and seeing how heartbroken Christine is at the twin’s abrupt departure skips the show altogether to go confront them. It’s typically self-destructive, but for once he’s sabotaging himself out of empathy. He finds his brothers up on ecstasy and hot dogs and tells them to call mom, or tweet her, or whatever it is they do, apologizes that they were adopted into the family and explains that their mother loves them and just doesn’t like him or Dale.

Of course, we know from the last couple episodes that she does love all her sons. Well she, at least, loves Chip. But maybe it’s that Chip is too much like her, maybe it’s that he’s sad and complicated in the same way she’s sad and complicated, maybe that makes it easier to get excited about the DJ’s. The next morning, when they show up for breakfast, she’s through the roof excited and Chip is, of course, jealous and pissed. For an episode that takes sibling rivalry to such a bizarre place, it’s a painfully realistic depiction of family dynamics. Cody and Logan did exactly what Chip asked of them, he made his mother happy, but it’s not enough because ultimately his gesture goes unnoticed, it’s them that makes her happy and it always will be. 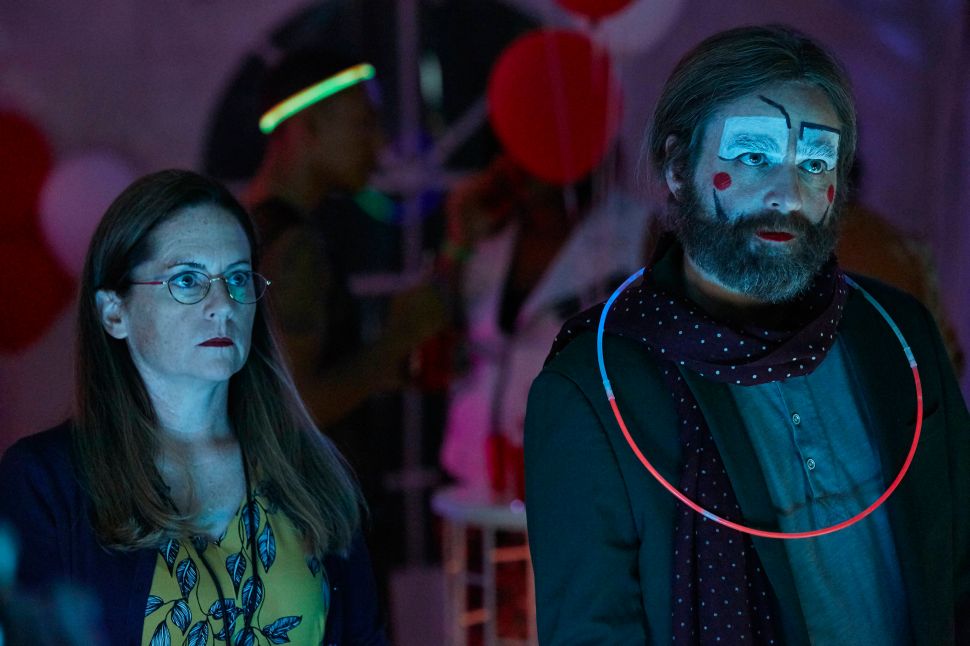