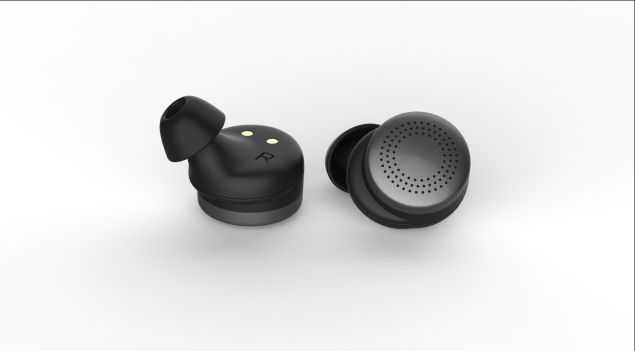 Last month in our Next Big Thing issue, we previewed some emerging tech that promised to revolutionize how we hear the world. The Here Active Listening system, a pair of earbuds controlled with your smartphone via Bluetooth, allows users to raise or lower the volume of the world around them. There’s also a 5-band equalizer you can control via sliders in the Here app, filters to add effects under the ‘tune in’ menu and filters to block out unwanted noise under the ‘tune out’ menu, which is currently in beta. Creators Doppler Labs hosted the preview at Williamsburg’s new modern music venue National Sawdust, an acoustically state-of-the-art room in which a couple of reporters (myself included) tried out the app for the first time through a controlled, curated tutorial while musicians did their thing to demonstrate certain effects.

Of course, the real test of this tech would come when Doppler finally gave me a pair to spend some time with. Learning from the mistakes of premature rollouts like Google Glass, Doppler Labs wasn’t making Here ready for retail out of the gate, instead releasing its first 10,000 unit production run as a ‘concept car’ to investors and early adopters. Doppler has the technology, but the software needs a little fine-tuning. And they’re targeting music fans because they know, while many other people would gladly pay $249 for the buds, musicians and music fans (in this case, people who go to a lot of concerts) will get the most out of what Here has to offer. When this enterprising tech reporter was lucky enough to be given a pair, I knew it wasn’t enough to take my buds on the subway and through the park— they needed to stand the test of volume and proximity, in a loud Brooklyn DIY space somewhere, the kind of spot where your average crusty New York music fan often finds themselves on any given night. 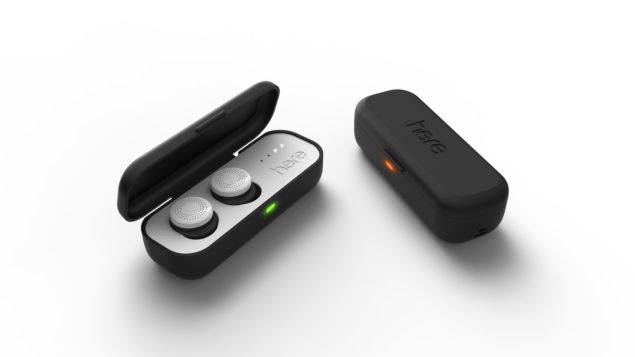 But first I needed to get a look at these puppies. The Here buds came in a nice clean package, shaped like an iPhone box but opening from the top. They provided many different sized tips for the bud to fit different ears, and the black case which charges them needed a first charge before use. The Here app immediately updated the firmware in my buds upon installation, an update it said was designed to optimize battery life.

The headphones synced with my iPhone 6s’ Bluetooth seamlessly, and felt comfortable and flush in my ears. Walking around outside, the ‘tune-in’ effects that add flange or a chorus, raise the bass and supposedly replicate the sound of rooms like Abbey Road’s Studio A all feel ephemeral and kitschy. But raising and lowering the decibels of what my ears are picking up is a godsend. My apartment is relatively close to the above-ground M train, so between the rumbling of the tracks as it pulls into the station,the clamor of traffic and the noise of commuters, there’s a lot to tune out. Lowering the app’s sliders down to -22 Db won’t mute the world, but it does make an audible difference, akin to some really legit earplugs (Doppler has developed some of those previously.)

There’s also this omnipresent power rush that happens when you realize you have a tiny bit more control over one of your senses, not totally at the mercy of the often brash sounds of the city. It’s a fleeting feeling of power, but very cool. The side buttons on my iPhone raised and lowered the volume of my surroundings via the buds, but only when the Here app is open and the screen is on. It shouldn’t be a difficult fix for Doppler to allow the buds to be controlled via the buttons in lock mode, but that should definitely be a priority on the update.Part of what’s great about a company like Doppler Labs is they’ve got a lot to prove. Because the tech is software based, they can constantly update it to make it better, and sometime between shipping out the very first batch of buds to folks like myself and when I opened them, they had already released an update. It’s reflective of the legitimate dedication Doppler has to making this product as good as it can be that they’re already fine-tuning it, and it lets us early adopters feel like our feedback will be taking it to heart.

When I got on the subway, the loud conversation of a young couple seated across from each other on opposite seats was grating. Switching over to the app’s “Tune Out” section, I played with the presets. The ‘subway’ preset did very little to quell the noise, mushing sounds together and making them sound more wavy and amorphous—the kids were still there. The ‘car’, ‘airplane’ and ‘crowd’ options similarly didn’t feel distinct. Ultimately, the two “office” settings, ‘ambient’ and ‘loud,’ did the trick, with the loud feature effectively stifling this kid’s prepubescent gloating to his sweetheart. I felt old for being such a curmudgeon, but it was a peaceful ride. Their voices weren’t completely omitted, but rather muted and indecipherable to the point where they sounded like an adult from the Peanuts universe, dispensing gibberish as only Charlie Brown and company would hear it.

Gallivanting around the city produced similar results. The tech wasn’t quite powerful enough to mute the siren of a passing ambulance, but it did effectively lower the traffic hullabaloo to near silence. I can’t imagine someone keeping the buds in all day though, comfortable though they may be, as it would take some time to adjust the five band settings between different environments until the presets get a little more intuitive.

Here has also stated how important this product will be for musicians and music fans, because the buds’ ability to transform the acoustics and sonic effects of a room can, in theory, compensate for a user’s bad place in the crowd, problems hearing a certain musician’s range or specific tastes and quirks when listening. That being said, the fact that these buds aren’t integrated with my iPod is a tad annoying. It’s a problem Doppler will have to ultimately address, too, as the music fans it hopes to market the buds to effectively cannot listen to music of their own on a commute while the Here buds are in. For the time being it will have to be one or the other, and it’s an opportunity that should be solvable. Since Doppler is staging Here experiences at Coachella and Bonnaroo this year, it’s clear they take the live music market seriously. The sound at festivals is notoriously shitty, understandable when live mixing out of large PAs into a field of thousands. At Bushwick’s recently reopened Market Hotel, a former Dominican speakeasy turned concert venue that rests next to the Myrtle Broadway subway station, I would finally get the chance to see how they fared during a live show.

Oakland’s postpunk/darkwave band The Soft Moon were the perfect guinea pigs, as the band mixed live sounds (drums, guitar, bass, trash can percussion) with the synthesized beats out of a laptop, drum pads and analog synthesizers. They were loud, too, and in that tiny DIY space, the buds proved a saving grace.

At this smaller show, at least, the nuance of being able to augment what frequencies you’re hearing and isolate noise to a certain instrument was lost. Keeping the decibel slider firmly at the lowest point, -22 Db, the buds functioned as bionic earplugs, keeping the fidelity of the music in check while protecting my ears. For that, I see an immediate benefit to the buds. But the quality of these buds’ output is simply not up to par with processing certain types of electronic music. The app’s high-decibel mode was essential, without which all sound on the buds would be completely blown out at a loud act like The Soft Moon. But even in that mode, when you raise the sliders above 0 Db even a little bit, there is distortion and peaking.

You get the feeling that much of the live music testing on these buds that Doppler performed involved professional musicians and bigger spaces like stadiums, festivals and concert halls (there’s a Carnegie Hall preset which needed a little retooling in the demo but effectively did make the music sound more vast and airy.) In Brooklyn, where venues without curfews care less about keeping the sound at a reasonable level, this is a sign that the hardware just doesn’t have the fidelity to work as anything more than earplugs at an especially loud show. Just yet, anyway.

Leave it to Doppler to figure that out. Because once they do, and once they figure out how to keep us music fan invested in Here’s more day-to-day applications without forcing us to choose between music and their benefits, Doppler will have a hit on its hands. Or rather, in its ears. 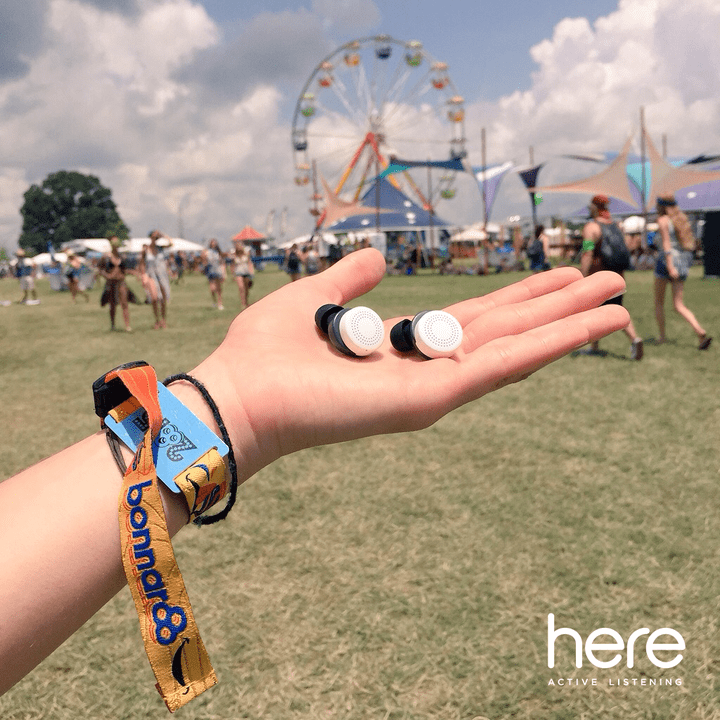