I have been following visual artist Marcel Dzama and ballet choreographer Justin Peck for months on Instagram leading up to the premiere of the New York City Ballet’s The Most Incredible Thing, their collaborative ballet based on the 1870 story by Hans Christian Andersen (Bryce Dessner provides the score). I’ve marveled at how much I could preview of Mr. Dzama’s highly detailed and beautiful sketches for the costumes and sets, as well as Mr. Peck’s posts of dancers en pointe, executing jetés or arabesques. It’s almost like being backstage at the David Koch Theater. My favorite picture is one Mr. Peck posted a few weeks ago, with he and Mr. Dzama smiling and sitting cross-legged on stage in front of Mr. Dzama’s painted backdrop of a double-headed firebird. This image illustrates how collaboration among artists from various disciplines can spark a mutually creative enterprise. I also had the chance to attend a dress rehearsal. Whether seeing the ballet in person or gleaning aspects of it on my phone, it is evident the production is stunningly beautiful. It is fully realized and full of visual and technical complexities. Mr. Dzama and Mr. Peck have arrived at a seamless, mutually beneficial collaborative style.

That these two innovative artists teamed up was only a matter of time. Mr. Peck has been a rising star of the New York City Ballet since he joined the corps in 2007. In 2014, he was named its Resident Choreographer, the second soloist in the company to hold the title. He has choreographed a number of ballets for NYCB, including The Year of the Rabbit, for which he collaborated with musician Sufjan Stevens. The Most Incredible Thing, however, is his longest ballet to date and his first story ballet. The dances that Mr. Peck has created for NYCB during his short time there have been characterized by intricate groupings and arrangements of dancers, an interest in arcane subjects, and a verve for collaborating with others with a fully developed artistic practice.

The Canadian-born and Brooklyn-based Mr. Dzama has exhibited at David Zwirner Gallery for many years. He has worked in mediums as varied as painting, film, and spectacle-filled dioramas. Mr. Dzama populates each work with a host of carnivalesque and theatrical characters such as puppets, harlequins, and magicians. Dark humor often shades his art: figures are often masked and costumed and engaged in carny capers, escapades, and sexcapades. In several videos, actors and participants dance and mime. In his 2012 Dadaist-inspired video Une Danse des Bouffons (A Jester’s Dance), Kim Gordon portrays Maria Martins, a sculptor and lover of Marcel Duchamp. It was this exhibition and the work Une Dance des Bouffons that inspired Mr. Peck and Mr. Dessner to invite the artist to work on a ballet for NYCB. While Mr. Peck is used to coming up with an idea and presenting it to collaborators,  the atomized movements and pantomime of the dancers in Mr. Dzama’s films were ripe inspiration for a ballet.

Hans Christian Andersen’s Incredible Thing, like many of his stories, relishes the fantastic.  The tale of a king who declares that whoever in his realm creates the most amazing object in the world will be awarded the princess’ hand in marriage, as well as half the kingdom, could be seen as a story ballet primer. All the dramatic elements are here. Fantastically costumed characters, a battle between the forces of good and evil, magic, and frustrated romance. In Mr. Peck’s adaptation the main characters have been tweaked a little but still include the Creator of the most incredible thing― a large magical clock―the Princess, the King, and the Destroyer of said clock. The cast grows to accommodate 45 dancers and 11 children who comprise the allegorical and symbolic figures who emerge from the clock: Three Kings, Adam and Eve, the Cuckoo Bird, Four Seasons, Five Senses, Nine Muses.  A lot of bodies for Mr. Peck to choreograph—at one point all the dancers are onstage at the same time. For Mr. Dzama, this superfluity of dancers requires a lot of patterned tights, feathers, headdresses, masks, swords and spears. It’s not as easy as it looks, with 37 costumes in total, but a seamless collaboration between the two makes it seem so.

You are meant to see the creation and destruction of this most wonderful thing by the Destroyer in the ballet as an allusion to the artist’s struggle to create and express his or her artistic genius in a fickle and easily distracted world. You could also push the story’s symbolism further to recall the push-pull dynamic that Mr. Peck and Mr. Dzama experienced as they sublimated autonomy in service of collaboration. Mr. Dzama developed the costumes over time, down-scaling his initial ideas to fit Mr. Peck’s choreography. For his part, Mr. Peck had to give more room to accommodate Mr. Dzama’s version, which for him was a new way of working.

Viewing the creation of The Most Incredible Thing on Mr. Peck’s and Mr. Dzama’s Instagram feeds offers a new way of engaging with dance and contemporary art. I began to wonder how much more they and the dancers are asked to account for themselves and their work in fixed forms. Documenting ballet has always been a tricky proposition. By translating dance into writings, interviews, recordings, and critical essays, you understand how ephemeral the medium is. You want to rely solely on the steps. But by following Marcel Dzama and Justin Peck on Instagram, images of costumes and rehearsals offer a quick peek into the creative process never possible before. Very incredible indeed. 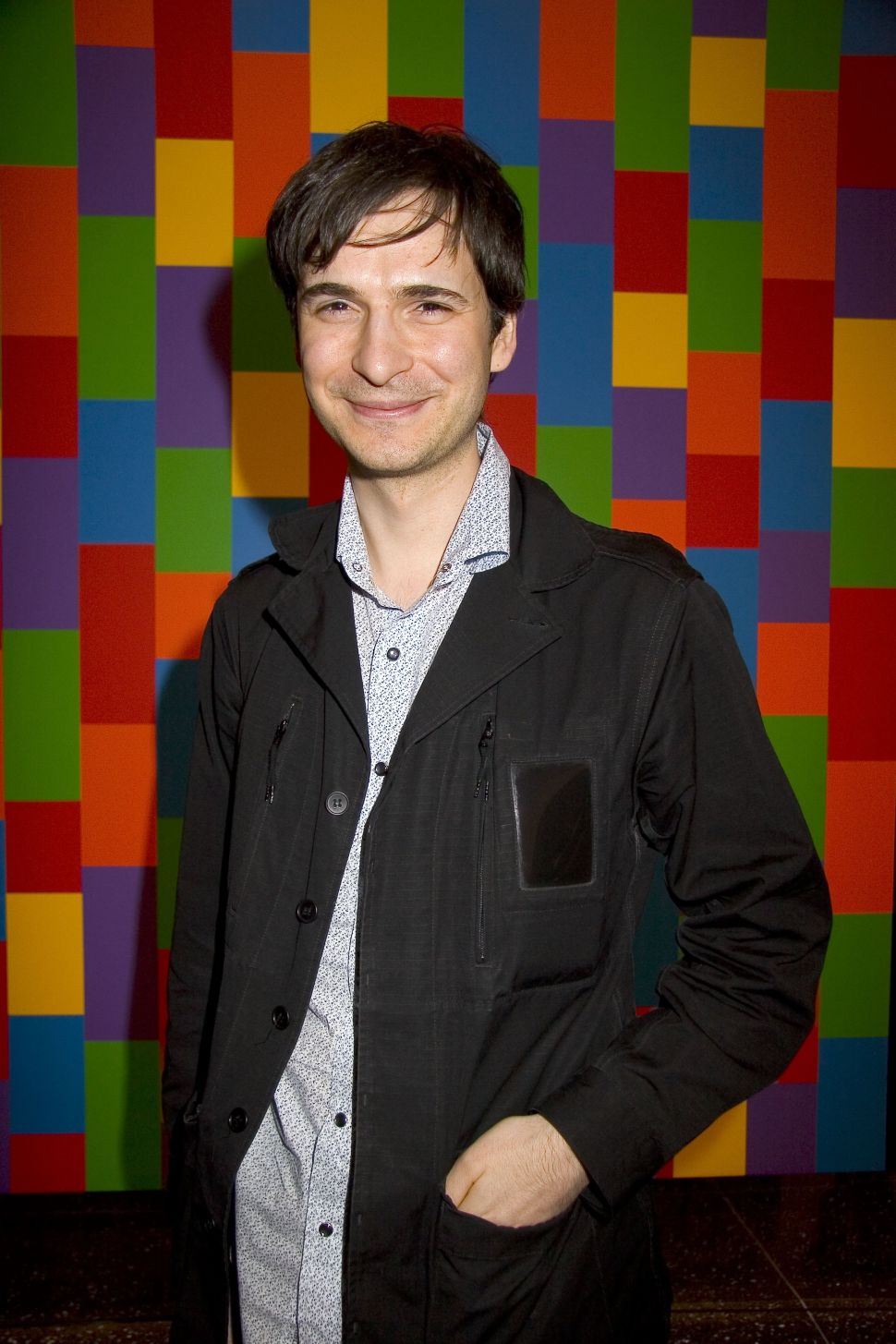