Manuel Alfonso of Cresskill announced at Thursday’s Bergen County Republican Organization (BCRO) Lincoln Dinner that he is pursuing the nomination for sheriff.

Alfonso’s entrance into the race follows current Sheriff Michael Saudino’s party switch. The former Republican announced in January that he would be pursuing reelection as a Democrat. That departure left Bergen’s Republican Party scrambling in an effort to fill Saudino’s spot on the ballot. Enter Alfonso, a 26-year Department of Corrections and law enforcement veteran who also worked on an FBI joint terrorism task force for five years.

Though Alfonso has not been involved in politics or run for office before, he says he is excited to enter the fray.

“What made me decide was I was tired of sitting down and complaining and seeing a level of mismanagement that is unwarranted and unneeded and no one doing anything about it,” Alfonso said. “I decided to put myself in the mix and do something about it. I decided to do some research and I was dumbfounded. I come from a department that is significantly bigger and I can’t justify those expenses, especially the overtime budget.”

According to Alfonso, he also opposes “double-dipping”—which he says is rampant in Bergen County government—and says he plans to take a leave of absence from current position in order to just collect a sheriff salary, if elected.

Because of Saudino’s late departure from the Republican ticket, the BCRO extended the deadline for candidates to file with the county committee from February 1 to March 1.

While BCRO Chairman Bob Yudin would not confirm that Alfonso was the BCRO’s likely candidate—he said he traditionally withholds comment on such matters until after the deadline passes—he did say that the candidate that has officially filed with the BCRO is “eminently qualified.” 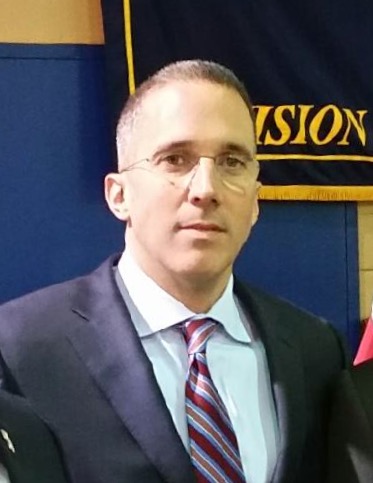