That’s right—Bernie Sanders once recorded a folk album. And it’s on iTunes.

Perhaps “folk” is a little misleading. We Shall Overcome is a spoken-word album, throughout which Sen. Sanders speaks his truth over maudlin ’80s versions of classics from the godfathers of American folk, interpreted in gospel and reggae arrangements by an assembly of 30 Vermont artists. Eat your heart out, William Shatner.

Underneath the YouTube video for the album’s trailer, audio engineer Todd R. Lockwood remembers thinking up the idea in 1987. “The idea for this album came to me over a cup of coffee at a Burlington café,” he writes. “The morning regulars thought I was out of my mind, but the more I thought about it, the more intriguing the idea seemed. Our mayor, Bernie Sanders, had established himself as a no-nonsense problem solver and someone who didn’t mince words—but not the sort of person you would imagine making a record. This paradox appealed to me.”

When Mr. Lockwood went to Bernie with the idea, he explains, “The project was more than a novelty. It had purpose. Bernie chose the music: five protest songs from the ’50s and early ’60s. I hired arranger Don Sidney to update the songs with contemporary rhythms.”

Ah, our fickle ears. What sounds contemporary one year sounds downright trite the next, a symptom of time passing that music from the ’80s suffers from far more than any other decade. Hence, much of the schmaltz on We Shall Overcome comes from those vintage organ sounds, reminiscent of the production on Leonard Cohen’s 1984 album Various Positions that featured “Hallelujah” and many other amazing Cohen numbers, forever hobbled by cornball production. Alas, the digitally sterile mire of ’80s audio production is one thing we have overcome.

The reconstruction-era civil rights song “Oh Freedom” opens the album, those heavy organs reinforcing the song’s original power as a gospel spiritual. “And before if be a slave I’d be buried in my grave,” Sen. Sanders declares over the music, “and go home to my lord and be freed.” He then evokes Spartacus conquering the Romans, Harriet Tubman helping slaves to freedom on the Underground Railroad, and workers creating unions as pattern examples of standing up to oppressors. Even that production can’t take away from Sen. Sander’s earnest.

For all the criticism levied against folk legend Pete Seeger as a member of the Communist Party, the man also championed an American identity of freedom through his interpretation of political principle. It’s fitting, then, that Sen. Sanders, the self-described “Democratic Socialist” who is already being slapped with the “communist” label by the right (a label he’s been branded with for years) would interpret a Seeger classic. While “Oh Freedom” takes a meta-spiritual look at Sanders’ values, Seeger’s “The Banks Are Made of Marble” focuses on income inequality.

Over a repeated refrain, the choir sings: “The banks are made of marble with a guard at every door, and the vaults are filled with silver that the workers sweated for.” When Sen. Sanders comes in, it’s a message we’re still hearing from him now, 29 years later. “The rich get richer, traveling about in their chauffeured limousines and jest setting their way around the world to their exotic vacation places,” he declares matter-of-factly. “Most of the people in this world work hard their entire lives and end up with very little. Others exploit that labor and end up with millions.”

Peter, Paul and Mary’s “Where Have All the Flowers Gone” comes next, with Sen. Sanders immediately bringing the song’s later verse to the fore by asking “where have all the soldiers gone?” O.K., so the last song was his blunt screed against income inequality, and this is the anti-war tune. Put down the bong, hippie! The only thing is, despite the cheese, despite the immediate transparency of intentions, you feel the bern. When Sen. Sanders runs through all the weapons and death tolls, along with our country’s entire history of large-scale warfare, you can’t help but feel how preposterous of a concept all that fighting is. “War, the human disease that has plagued mankind forever…Nerve gas, nuclear weapons, laser beams…when will they ever learn,” he asks, returning to the song’s original lyrics.

Woody Guthrie’s seminal “This Land is Your Land” comes next, here reimagined as roots reggae in an odd bout of high-vibe preaching to the granola choir. While Sen. Sanders again gruffly recites the song’s lyrics, it’s tough to gel his energy with the vibe of the song, and as such, the whole thing sounds like the silliest cut of the bunch. Nonetheless, the sincerity of Sen. Sanders’ message comes through—this is the song about infrastructure and environment, about preserving the land and keeping things habitable for the future. Four songs in and still on message. Sen. Sanders would go on to sing this song with members of Vampire Weekend at a rally ahead of the 2016 Iowa caucus, too, and that version goes down much smoother.

The last tune, title track “We Shall Overcome” is a great unifier, introduced by Sen. Sanders as the rallying cry of Dr. Martin Luther King Jr. and the civil rights movement. “In many ways the world in which were living today is an extremely depressing place,” speaks Sen. Sanders. “It’s hard to deny that, and it’s wrong to deny that. But if we become depressed, overwhelmed by the obstacles in front of us in creating a world of sanity, of joy, of compassion, then we become part of the problem, another obstacle that those who wish to be socially and politically active will have to overcome.”

Sen. Sanders’ words could have been written just this year, and as such, the songs are timeless even though the music sounds lost in the ’80s. It’s a testament to his consistent message that Sen. Sanders says the same thing here 30 years ago, literally on record, that he does today. And if there’s anything to learn from We Shall Overcome, which was owned and released by the engineer who recorded it, it’s that such consistency of values and affirmations cut through time, place and mediums. For as long as musicians and artists continue to speak them, such messages will remain potent, and dank. 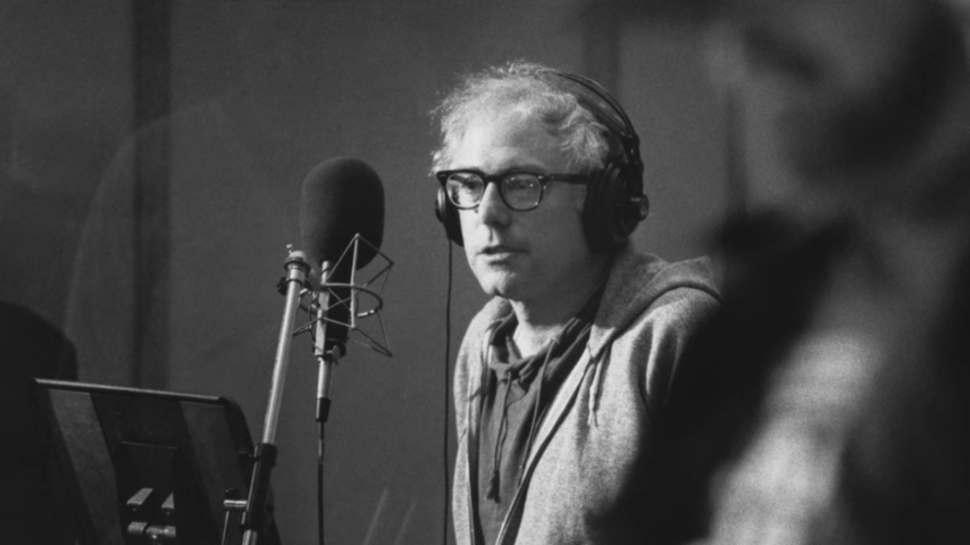