Bernie Sanders, who stood with Martin Luther King in Washington when Dr. King gave his timeless “I Have A Dream” speech, is the only presidential candidate in 2016 carrying that dream into the 21st Century.

Dr. King, who steadily evolved throughout his brilliant career, expanded his teachings before he left us generations too soon to the realms of economic justice and great matters of war and peace. He believed civil rights and voting rights were moral imperatives and stepladders to a nation where all who want jobs would have them and where we would unite behind just wars but have the clarity to oppose wrong wars.

One of Dr. King’s last great acts of leadership before he was assassinated in 1968 was to champion the Poor People’s Campaign and march on Washington, which every Democrat who cares about these matters should study.

Dr. King’s prime purpose in promoting the Poor People’s Campaign and march was to expand the civil rights cause to economic rights.

The Committee of 100 that organized the march called for an “Economic Bill of Rights” including the right of workers to “a meaningful job at a living wage,” “a secure and adequate income” for those unable to find a job, “access to land for economic uses,” “access to capital for poor and minority people to promote their own businesses,” and the ability of “ordinary people to play a truly significant role in government.”

The legacy of Dr. King is the right legacy for Democrats to embrace.

My hope and expectation is that whatever happens on Super Tuesday Mr. Sanders will take his campaign and carry his message to the floor of the Democratic National Convention because it is an essential message that must remain at the forefront of national politics.

Let’s begin with the proposal that Mr. Sanders has offered to make a free public college education available to all Americans, which he would pay for through a transaction tax on Wall Street speculation. If civil rights and voting rights provide moral imperatives and stepladders to a more just and prosperous America, education is an equally essential stepladder for Americans to improve their way of life and lift their standard of living.

No Americans should be denied a college education because they do not have the money to pay for it and every Democrat should support the Sanders proposal. We currently provide free school from kindergarten through 12th grade and in the modern world this opportunity should be extended to attend public colleges—and I repeat, for emphasis, to attend colleges that are public.

Mr. Sanders would pay for this program through a tax that is entirely reasonable and fair. As he says, when banks were failing the taxpayers came to their rescue to bail them out for mistakes that were rooted in greed and made many wealthy wrongdoers even more wealthy. Why shouldn’t those who benefitted the most from the bailout and now profit from their speculation now be asked what they can do for their country, and pay a small tax that will lift the lives of young people throughout the land, and by doing so, lift the national economy as a whole?

His advocacy of this policy of providing a free public college education and paying for it through a tax on Wall Street speculation, embodies everything that is right about the Sanders campaign. Her opposition to it, refusing to support a free public public college education, refusing to support a tax on Wall Street speculation to pay for it, and then ridiculing this good and noble idea with words that ring false, embody much that has gone wrong with the Clinton campaign.

It is also inaccurate, unfair and false for Ms. Clinton to say Mr. Sanders is a one issue candidate. On the matter of a free public college education alone, Mr. Sanders has raised the income equality issue, the Wall Street issue and the education issue before we even get to the single payer healthcare issue, the $15 dollar minimum wage issue, the climate change issue and the issue of his proposal to increase social security benefits.

Whether Mr. Sanders or Ms. Clinton is the eventual Democratic nominee, Democrats need to face squarely the fact that Ms. Clinton personally and the Democratic Party generally suffer from an enthusiasm gap that could be fatal in a general election.

It is outrageous, and self-destructive, for the Democratic National Committee led by the widely and fairly criticized Debbie Wasserman Schultz to have deliberately organized debates designed to be viewed by the smallest number of voters.

The legacy of Dr. King is the right legacy for Democrats to embrace. The message of Mr. Sanders, who keeps that legacy alive, is the right message for Democrats to embrace. A great party should have a powerful message and should structure debates that encourage the largest number of voters, not the fewest number of voters, to hear and be inspired by that message.

The message of Dr. King is a light that will shine for centuries. While no candidate for any office can fully reach the heights that Dr. King achieved, Mr. Sanders does his best to carry that legacy with honor and truth and his voice should be heard from today until the Democratic National Convention. 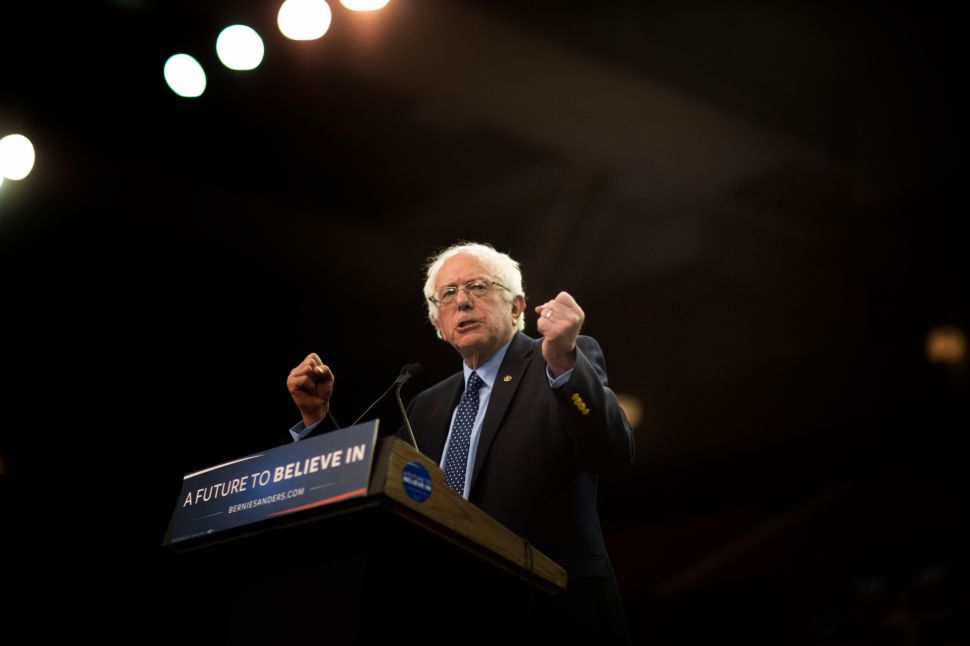