During the 1988 Democratic Presidential Primaries, Rev. Jesse Jackson emerged as a viable contender for the Democratic nomination against establishment-backed Massachusetts Governor Michael Dukakis. An ardent supporter of Mr. Jackson’s presidential bid was Bernie Sanders—then mayor of Burlington, Vermont. During a Democratic caucus, Mr. Sanders gave a speech in support of Mr. Jackson while Democrats in the room turned their backs—and, as he walked off stage, a woman slapped him across the face. Mr. Sanders was one of the few elected officials to cross racial lines and openly endorse Mr. Jackson, ultimately helping Mr. Jackson win Vermont against Mr. Dukakis by one delegate in 1988. Although Mr. Dukakis would win the Democratic presidential nomination, Mr. Jackson made it closer to the presidency than any black person before him.

Mr. Sanders’ speech supporting Mr. Jackson parallels many of his speeches on his own campaign trail today—including one of his signature sayings, “enough is enough.” Mr. Sanders praised Mr. Jackson for uniting disenfranchised voters and focusing on issues such as wealth inequality and racial injustice, and Mr. Jackson’s ’88 campaign closely resembles Mr. Sanders’ current platform. Dr. Cornel West, who has campaigned on behalf of Mr. Sanders for months, and who worked for both of Mr. Jackson’s presidential campaigns, likened Mr. Sanders to an insurgent on par with Mr. Jackson—but with even more direct and progressive criticisms of Wall Street.

“Jesse Jackson is a serious candidate for the presidency. He was always serious; it was just that the political scientists and the other politicians who belittled his campaign trivialized his efforts and disdained his prospects. Despite the contempt and condescension of the media—or perhaps because of it—Jackson went to the most remote and isolated grass roots in the American social landscape to find the strength for a campaign that has already begun to transform politics,” wrote the editorial board of The Nation, in its 1988 endorsement of Mr. Jackson for president. “For five years his distance from the funders, the managers, the mediators and the consultants who manipulate the Democratic Party and legitimize its candidates has allowed Jackson to do unimaginable things and say unspeakable words—about race, about class, about equality and, indeed, about democracy. To an extent that may be unique in presidential elections in this century, he derives his power from the people.”

Nearly two decades later, not much has changed in that the issues brought to the national spotlight by Mr. Jackson have yet to be adequately addressed by the Democratic party in a meaningful way. Mr. Sanders’ campaign provides hope that those inadequacies may be resolved.

“Galvanized by his demands for economic and social justice, hundreds of thousands of Americans have packed his rallies, and over one million small donors have helped his campaign shatter fund-raising records while breaking the stranglehold of corporate money,” The Nation endorsed Mr. Sanders. “Sanders’s clarion call for fundamental reform—single-payer healthcare, tuition-free college, a $15-an-hour minimum wage, the breaking up of the big banks, ensuring that the rich pay their fair share of taxes—has inspired working people across the country.”

The relationship between Mr. Sanders and Mr. Jackson has become more public in response to criticisms (from Ms. Clinton’s supporters) that Mr. Sanders would somehow be less effective in fighting for civil rights and racial justice. Ms. Clinton’s lead in South Carolina is dependent on black community—who make up about half of Democratic voters in the state—but that relationship was strained after her loss there in 2008 was blamed, by her husband Bill Clinton, on Barack Obama being another black candidate like Mr. Jackson. Southern states like South Carolina were initially dubbed Ms. Clinton’s firewall to protect her from Mr. Sanders’ surging poll ratings. That firewall is looking weaker by the day as more people are becoming familiar with Mr. Sanders and are exposed to Ms. Clinton’s feeble criticisms of him.

“If you listen closely here, you’ll notice that Hillary Clinton is still singing the same old tune in a slightly different key. She is arguing that we ought not be seduced by Bernie’s rhetoric because we must be ‘pragmatic,’ ‘face political realities,’ and not get tempted to believe that we can fight for economic justice and win,” wrote Michelle Alexander of The New Jim Crow. “When politicians start telling you that it is ‘unrealistic’ to support candidates who want to build a movement for greater equality, fair wages, universal healthcare, and an end to corporate control of our political system, it’s probably best to leave the room.”

MSNBC National News Correspondent Joy Reid reaffirmed the weaknesses present in Ms. Clinton’s hubris that she has the black vote locked down. “The Clinton campaign is betting that her vocal support for Obama and the backing of institutional players like the Congressional Black Caucus, whose political action committee endorsed her on Thursday, along with influential local black elected officials like State Sen. Marlon Kimson and church leaders will translate into turnout,” Ms. Reid wrote. “But conversations with elected officials and Democratic strategists in the state reveal little excitement over Clinton’s candidacy and a growing concern that not only are black voters not enthused, her campaign is being out-hustled by Team Sanders.”

“Bernie was fighting back in Chicago, not in the deep-south—in affordable housing struggles in Chicago,” Mr. Jackson said. “The movement was so broad based. There were civil rights leaders in Chicago.” Mr. Jackson referred to a Clinton smear tactic skewing a comment from civil rights leader, Congressman John Lewis. Mr. Lewis mentioned that he never saw or met Mr. Sanders during the civil rights movement, and his words were taken out of context to infer Mr. Lewis meant that Mr. Sanders was not involved in the movement. Mr. Lewis clarified that his remarks were not meant to be interpreted as criticism. 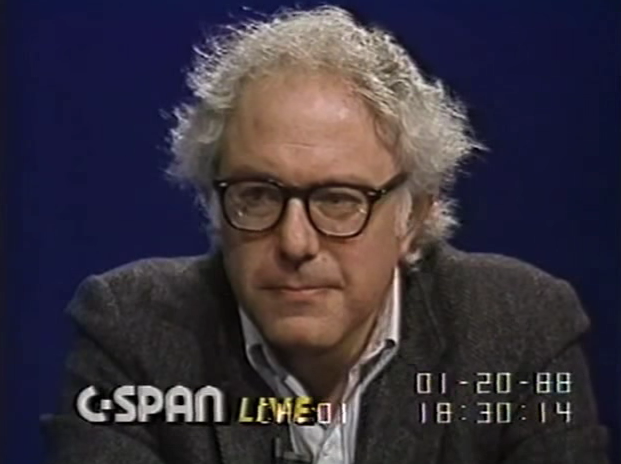